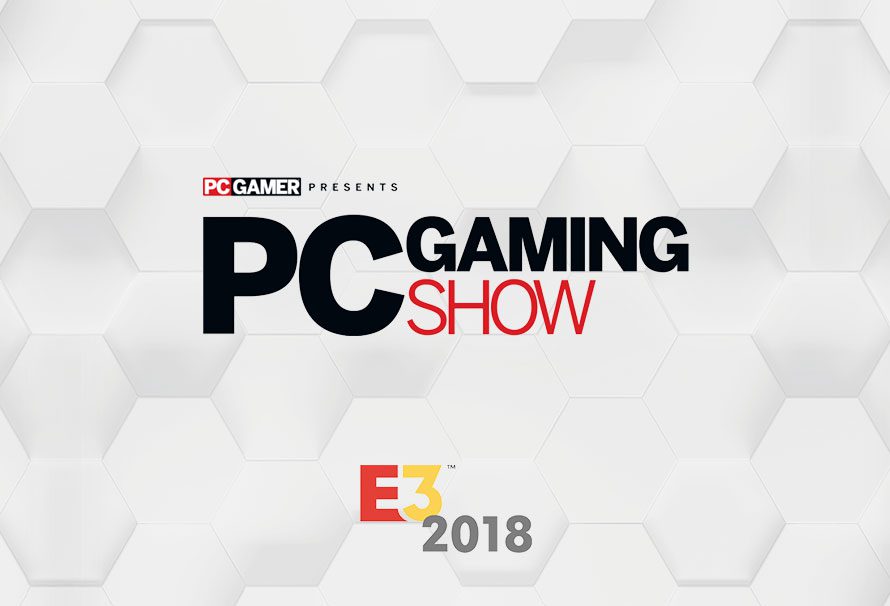 We’re here to cover every game that gets announced, every update, and every bit of news that the PC Gaming Show spews out during their conference!

Check back often for the latest in trailers, news, and more.

What is it? Coffee Stains factory simulator, you play as an engineer sent from earth to build machines, where you’ll need to explore to get resources such as oil, plastic and wires in order to expand.

What is it? Neo Cab is a chance to be a driver for hire in a futuristic neon metropolis from the brand new developers Chance Agency.

What is it? A new battle royale from Automation games. Make use of the depth of environment against 1000 players. Combining scale with depth of simulation and landscape in order to leave information to help discover your foes.

What is it? Ancient underground city where you’re searching for a way out, one person commits a sin, everyone dies. Investigate, and when you help the people, you help yourself.

What is it? Origins is a top-down action RPG with a fully simulated universe that changes depending on the interactions of other races, events, and your actions. You can explore planets, distant systems, and meet incredibly alien races. Multiplayer mode will also be part of the game, with multiplayer battles with player-created ships. Mods will be fully supported, so there’ll be no end to adventure!

What is it? Archangel Hellfire receives a new set of DLC, bringing you the anticipated multiplayer mode and 4 new maps, 6 mechs and tons of weapons.

What is it? A look at some new content in store for Hunt: Showdown players, including a variety of new weapons.

When’s it coming out? Soon!

What is it? An action and investigation open world game, you are a detective in a supernatural world. No matter your social status, you’ll stand together to rid the world of super natural monsters. Make the wrong choices and your character will begin to loose his sanity.

What is it? Latest instalment in the cinematic quest line, picking up after the war, and diving deep into the mysteries of the Tenno.

When’s it coming out? This week.

What is it? The best of Japan on PC including Yakuza 0, Yakuza Kiwami, and Valkyria Chronicles 4 coming to PC.

What is it? TripWire brings us 4 major updates, Summer Sideshow is back that mixes circus freak with steam punk. Also features a new weapons feature upgrade, now 73 weapons are upgradable and Mrs Foster is back.

What is it? TripWire’s first game as a publisher makes you play as a shark in an open world action RPG. You can upgrade your shark’s skills tree, where you can upgrade things such as your teeth and how you kill.

What is it?  Untitled Publishers brings us three new games. Bravely Network Online, Morningstar, and Overwhelm.

What is it?  Whilst nature is on its own course, humanity is desperate for control as you build your own dinosaur tourist park.

What is it?  Insomniac games bring us an apocalyptic world of robots who are restoring the worlds resource. Following an android gardener who is on his journey to re-build himself after being destroyed and to reclaim his world and save his friends.

What is it? A taxi driver in Paris gets pulled into an investigation about a murder.

What is it? An open world desert exploration game, following a girl leaving her home town for the first time to explore a world with monumental architecture and its people and lands. Its drawing style is said to be inspired by Studio Ghibli and Belgian animation.

What is it? Star Citizen is the ultimate universe and space flight simulation, fly, walk, drive, run, fight, explore, live. A whole breathing universe is yours to explore, fight, and build a new life in, and Alpha 3.2 is coming soon ready to show you just what Star Citizen is capable of.

What is it? Explore the galaxy for resources and interesting new life forms in a mission to find a new home for your crew, in a vast randomly generated universe.

What is it? In apocalyptic Washington DC, we follow four characters as they fight for survival against the zombie hordes.

When’s it coming out? November 6th USA and November 8th Rest of the world.

Telltales The Walking Dead: The Final

What is it? Back to the old point and click simulator game, the combat and action make use of unscripted combat and different camera angles to explore the environment. Still with AJ, Clementine discovers a school and this may be a place where they can call home. She must fight against external threats in the form of adults, zombies, and more.

What is it? It’s Theme Hospital but updated, revamped, and made for a new generation. Build your hospital, discover new cures, and make sure the deadly monobrow virus doesn’t take over. It’s all up to you, administrator.

What is it? Be a mage in a 2D side scrolling world where every single pixel is simulated. Ever spell, action you take, and enemy you encounter can change the world in myriad different ways. It’s up to you to brave these challenges, and not pour loads of boiling lava on your head.

What is it? Realm Royale lets you craft your gear for the first time in a Battle Royale game. Set in a medieval-inspired world you can fight your way to victory, all wearing the gear you made yourself. Realm Royale is in a free alpha right now.

When’s it coming out? August 14th, 2018 but it’s available right now for free in Alpha.

What is it? Ooblets is an adorable life simulation game by a team of only two people. Farm, enjoy town life, and collect creatures in this game inspired by Pokemon and Animal Crossing. Did we say it’s adorable? Because it’s adorable.

What is it? Anno 1800 is the next in the long-running series of Anno games, set for the first time in the year 1800. A PC-only real time strategy game that mixes together naval warfare, economics, and city building, it gives you a vast amount of freedom to explore the world and build new cities all in the year 1800.

What is it?  Inspired by the Cyanide & Happiness webcomic, Rapture Rejects is a top down battle royale with a sense of humour. The Rapture has hit the world and unfortunately, you haven’t been taken. The world is now a battlefield so it’s time to get out there and get fighting, cos what have you got to lose?

When’s it coming out? No release date – alpha signup at rapturerejects.com

What is it? Hitman 2 is the sequel to the incredibly polished Hitman (2016), published independently by IO Interactive, new challenges, new maps, new places to visit and people to kill all await you. Will you be a Silent Assassin or are you more spray’n’pray? The true test of a Hitman is Hitman 2.