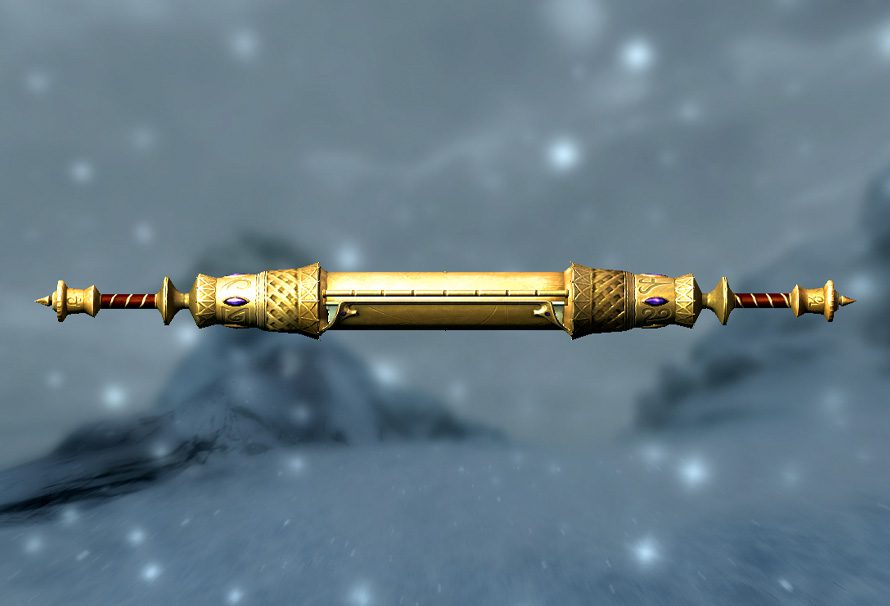 Bethesda’s Elder Scrolls Series is 25 years old today. That’s older than I am… which means it’s high time to run through the major flashpoints in the history of this utterly formative RPG series. With more than 50 million copies sold, we’re looking back at some of the moments in its lineage that have made this series a household name.

In 1994, a plucky little developer called Bethesda with previous credits on Wayne Gretzky’s Hockey and Home Alone for the NES broke the wheel by introducing the world to Tamriel. The Elder Scrolls: Arena was the primitive forerunner of the series we know and love today, and, as per the name, was supposed to be an arena combat game before the developers became far more interested in side quests and dungeons.

Players adored the pen-and-paper inspired first-person world, which was gargantuan by 1994’s standards. This became the game’s standout feature, and despite at first being criticised for its lack of depth, after patches and word of mouth, this would go on to become the thing that the Elder Scrolls is known for in the legion of games that followed it.

Flash forward 12 years to 2006, and nearly 10 games later (including some N-Gage spin-offs) we land on Oblivion, a defining moment for the series and the entry point of many gamers. Where 2002’s Morrowind set the tone and provided a hardcore experience that many fans latched onto, Oblivion’s enhanced physics engine, stunning graphics and experimental, deeply fascinating world invaded the dreams of many.

From The Shivering Isles to Arkved’s Bizzare Tower, the world was hiding mythological secrets and in-depth interaction around every corner. Personally, I could never get enough of that world, the most potent and interesting Bethesda has developed yet. Jeremy Soule’s spellbinding fantasy soundtrack was the bow that wrapped up this now-iconic title, one of the first truly ‘next-gen’ titles of the 360/PS3 era that received global praise from critics, selling close to 10 million copies and receiving multiple game of the year re-releases.

A game that needs no introduction, with over 30 million copies sold, Skyrim marked Bethesda’s mainstream mastery. Any gamer worth their salt has heard of it, or at the very least, one of its many incarnations. From Amazon Alexa to the Nintendo Switch, the game is available on almost every platform under the sun. It’s the panacea of gaming, an accessible open-world enjoyed by almost every demographic.

With an inspired story framed in a snowy Nordic setting, the game refined everything fans loved about the series whilst sanding down some of the hard edges that kept the series from smashing records and getting into the hands of the wider population. With a still-thriving mod scene and a constant retainer of players on Steam, Its ambition and scope are still a thrill to behold, even if the horse physics are fairly wacky…

The Elder Scrolls series has so far proven itself as a brand rather than just a game series. From merchandise to fan events and dedicated communities, Bethesda’s RPG experiment is now a household name in the industry, and the company seems determined to funnel its success into other avenues. The Elder Scrolls Legends is still one of the stand-out CCG offerings available right now, which is mostly thanks to its lore-laden backdrop and story-driven angle. The Elder Scrolls Online is also one of the more successful MMORPGs in recent years and is still receiving regular content updates.

Bethesda is committed to the brand, and with the announcement of The Elder Scrolls VI at E2 2018 last year, excitement is building for the next iteration. Fan theories list High Rock and the sunken continent of Yokuda as possible settings for the game. Regardless of where or when it’s going to land, it’s sure to expand the possibilities of the RPG genre much like the original title did 25 years ago. As we know, there’s always an emperor in need and a continent in peril. Long live The Elder Scrolls!