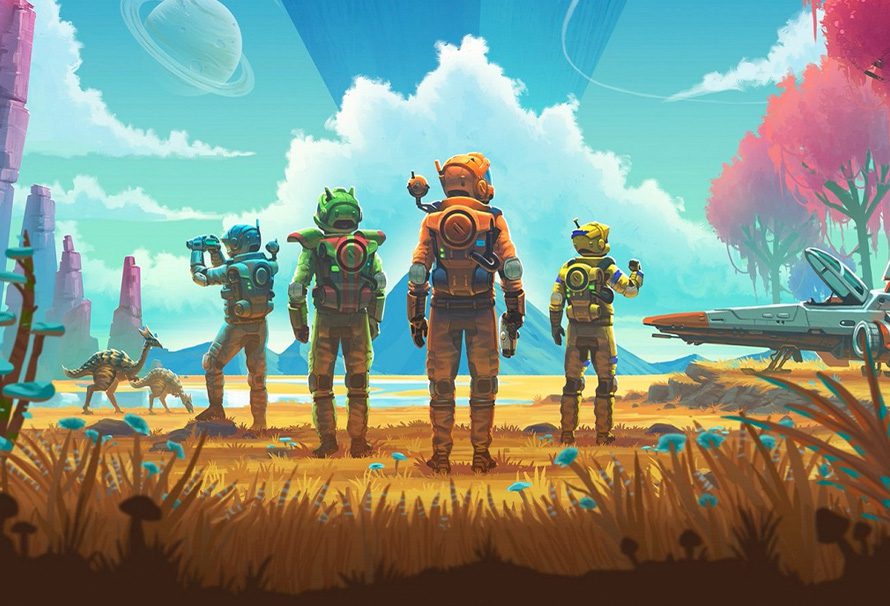 No Man’s Sky probably wins the award for ‘most changed game after release’. After a mixed launch, the team at Hello Games have pumped update after update out – all for free – and it’s transformed the game.

No Man’s Sky: Beyond will be the next chapter in the saga of No Man’s Sky, in part bringing about a change to how multiplayer is handled in the open world space game.

Hello Games have announced that No Man’s Sky: Beyond will combine three major updates into one larger release. The first one that’s been partially revealed is No Man’s Sky: Online. This update will overhaul the multiplayer and social experience into something that Hello Games deny makes the game an MMO, but definitely sounds like it shares some MMO-y elements. “No Man’s Sky Online includes a radical new social and multiplayer experience which empowers players everywhere in the universe to meet and play together” says Hello Games, which definitely sounds like it’s bringing the multi into multiplayer.

A brief teaser trailer has been released, which definitely falls into the ‘tease’ category.

Speaking of the update, the developers state that player feedback and habits when playing No Man’s Sky have been critical in defining the update path. In their announcement Hello Games go on to say that “These changes are an answer to how we have seen people playing since the release of NEXT, and is something we’ve dreamed of for a long time.”

We’re looking forward to more information from Hello Games over the coming days and weeks. As soon as we get more info we’ll be updating this article. Make sure you check back often as we’ll make sure this is your first place to come for No Man’s Sky: Beyond news.

Update 26/03: Developers Hello Games have announced the second strand of the three separate facets of the upcoming Beyond update. Adding virtual reality support for both PlayStation VR and Steam VR, No Man’s Sky: Beyond – Virtual Reality will be a free update for the game.

A trailer has been unveiled showing off some of the new features:

As soon as we get more info about the No Man’s Sky: Beyond update, we’ll share it here so keep checking back.