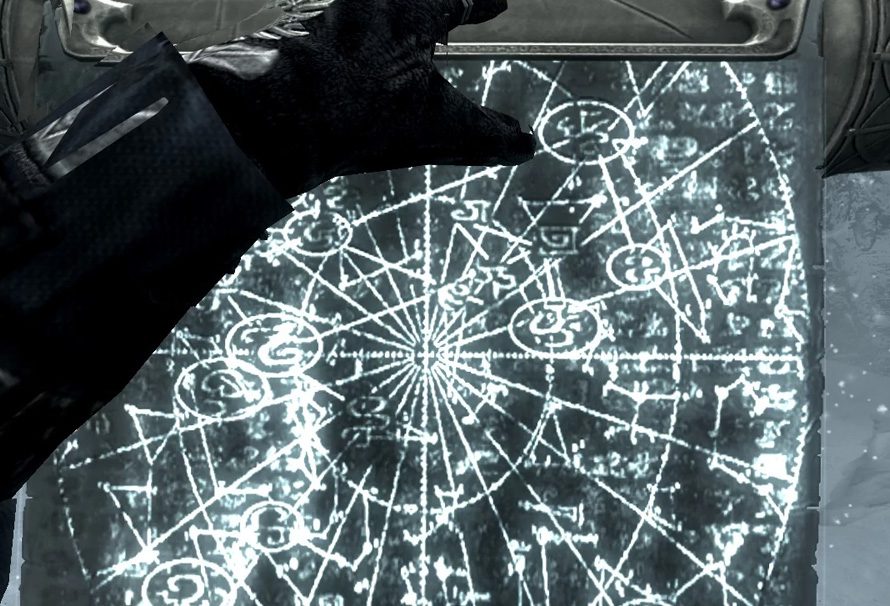 The Elder Scrolls: Arena came out in 1994 and since then we’ve seen a lot of sequels, spin offs, expansions, horse armour, and even an MMO. BUT you ask, what’s the best Elder Scrolls game?

Well sit down and buckle yourself into your Silt Strider, cos you’re in for a bumpy ride as we rate every single Elder Scrolls game from worst to best.

WARNING: Some spoilers below!

It is hard to get high resolution pics of this game

It came out on the NGage, who cares.

These mobile entries are most notable for being advertised to you when you installed Oblivion from disc. Past that, they’re largely forgettable mobile stabs at being RPGs. They were pretty impressive for mobile games in the pre-smartphone era, but still they’re not up to much even by early Elder Scrolls standards. If you haven’t played them then you’re not missing much.

The first entry on this list to come out for anything other than a mobile phone! Battlespire takes place on the titular Battlespire, a sort of interdimensional mage training fortress that’s been attacked by Mehrunes Dagon, the daedra of destruction. It’s up to YOU to save the Battlespire, wrest it from the evil daedra’s control, and survive!

Why’s this so low down? Simply because it’s a weird mishmash between some of Daggerfall’s systems and a closed adventure that simply isn’t that good. It’s damn hard, with resources being far and few between, and the place just absolutely being riddled with a variety of daedra. Combine that with some ill-judged platforming and you’re not looking at the best in Elder Scrollsery.

The game that started it all! Arena was originally meant to be a series of fighting pits, like Gladiator but with dragons, until this game was expanded to encompass the entirety of Tamriel.

It’s remarkable, going back to it, how much of the Elder Scrolls formula is in place right from the get go. It’s an open world with cities you can visit, different classes that play different ways, and it lays out the continent of Tamriel which has lain largely unchanged since then. It’s obviously not as advanced as any of the future installments, but it’s a damn good RPG.

The poster child for ‘ambition’, Daggerfall on one hand rolls the scale back from the entire continent shown in the previous entry, and instead focuses on the surrounding areas of the Iliac Bay.

On the other hand, it features individual cities, temples, houses, dungeons, settlements, witch covens, castles, tombs, spanning across the area in their thousands. You zoom in on a region and you see places sprout up across the entire area, it’s overwhelming really.

And that’s why this is so low down. Whilst it refined a lot of what made Arena so good and added the skill system and much more, it’s a fairly bland world that it’s set in. Every town in every region looks largely the same, and it’s only the towns of Alik’r that have a different feel to them. The dungeons themselves are made up of a series of small often-repeating sections, and the game can even generate dungeons that are impossible to complete or escape from (at least, without resorting to The Void).

The only other spinoff from the Elder Scrolls series, Redguard is set on the small island of Stros M’Kai where you, Cyrus, is trying to locate your sister. A third person adventure/action game similar to the early Tomb Raider games, it’s a really quite under-rated romp through an area of Tamriel that we don’t get to see very often.

It’s also notable because it features the only Sload seen in the series, outside of soap that is.

It’s a good game but it’s not an excellent game, and it’s this low down in the list mainly because of the wasted potential. We could’ve seen all sorts of adventures across Tamriel, showing us all sorts of different sides to the world. Alas this was the last Elder Scrolls Legend, and the end of spinoffs. For now, at least.

A card game for the Elder Scrolls! And it’s actually quite good, I know you’re probably up to your neck in card games right now, but Legends genuinely is one of the better ones out there, changing up the dueling card game system to add things like lanes so card placement suddenly becomes a thing to pay attention to.

It means that Legends has a surprising amount of depth, and it’s different enough from games like Hearthstone to draw you in and keep you playing. Even with basic cards there’s a lot of variables to manage, and it means that each game has the chance to be different. Also, in combination with that, the game actually has a bit of story, meaning it’s got something to appeal to those of you (like me) who sub to r/teslore

The Elder Scrolls Online is a magnificent achievement, a high point of MMO design and one that successfully incorporates Skyrim-style levelling/combat with MMO design. It’s also brilliant for Elder Scrolls fans because you get to go back to all the places you might’ve seen in previous games, and look at them in glorious modern-o-vision.

Also the soundtrack is immense.

BUT! There’s a few issues, mainly due to some narrative issues. Mainly you spend your time wandering about doing quests, so much so MMO, but it seems sometimes that every quest you get is from a ghost, dealing with other ghosts, or going back in time to hit things before they became ghosts.

Thankfully the Thieves Guild, Dark Brotherhood, and Morrowind add-ons have helped sort this out, but there’s still a lot of ghost-chatting.

Ah now, this is where I’ll probably start annoying some of you.

Look, I love Oblivion, I think it’s a good game, and a great game in some places. I love, for the most part, the quest design. Almost every quest has some inversion of your expectations, and the Thieves Guild and Dark Brotherhood questlines are a series highpoint.

The combat isn’t great. After Morrowind the combat system was changed so that if you hit a thing, you actually hit a thing. The problem there is that since every enemy is levelled to be the same as you, you never feel like you’re doing much damage or even engaging in a fair fight. Right up to the end of the game, going up against some enemies is just you wailing on their shins like you’re an annoying ant, whilst bandits and beggars trying to rob you are dressed head to toe in full daedric armour and are armed with weapons handed to them by the gods themselves.

It means that while there’s a lot of good in Oblivion, it’s spaced out with combat that just doesn’t quite scratch that combat itch.

Also the main quest is bobbins.

The game that exists on every system, it turns out it’s for good reason. Skyrim is astounding, it’s such a wonderful achievement and it’s a highlight of the series. Yes, it’s streamlined, and yes some quest chains are awfully truncated, but there’s so much good in this game.

For one it’s an absolutely stunning world, from the mist filled forest of the South to the creaking, uneasy ice floes in the North, it’s beautiful and just a great place to exist in. The combat’s also massively improved from Oblivion, even though it follows the same formula. Because the levelling of enemies has been altered, you do get to feel powerful when dealing with scrub bandits, and things that are a bit too tough for you can be avoided, you can level up and get some new gear, then come back and make them sorry. It makes combat feel fun and exciting, in a way that previous entries didn’t always do.

See the thing that Skyrim gets right, even if there’s some pacing and narrative issues, is make your basic interactions with the world fun and exciting, so even if you’re not caring so much about the Graybeards or the Civil War, you’ll be enjoying just existing in Skyrim.

Also dragons are cool and seeing one plunge from the sky to try and eat you is never, ever boring.

Alright, no surprises this is first.

There’s a lot to not like about Morrowind. The combat is fiddly, because at low levels you’re missing more than you’re hitting. It’s got a very hard start to the game where you’re moving as fast as molten treacle and your armour is paper. You’re not given proper directions for your quest, and quest givers can lie to you or remember directions incorrectly. The world is too big and there’s horrible beasts out there and it’s confusing and why does everyone say this game is great?

Then you slow down, you start seeing the world, you learn about the politics and history of Vvardenfell, you level up a bit, you learn some skills, you learn what works for you. And suddenly the whole thing clicks.

See Morrowind is set on an island that’s unlike anywhere else in Tamriel, or almost any other RPG. The island of Vvardenfell has vastly different geography to almost anywhere you’ll have been, with giant mushrooms skulking over the more lush areas, to the barren and terrifyingly sparse Ashlands surrounding the Red Mountain volcano that lurks at the centre of the island. The fauna is also unlike anything else, Silt Striders stand outside major settlements, their mournful cries letting you know that you’re almost home, giant jellyfish float above the land, and nix hounds patrol the badlands, ready to bite your ankles off.

Not only is it beautiful and varied, the world of Morrowind is more complex, more interesting, more political than in any other Elder Scrolls game. The game is set during a time where the Empire which spans Tamriel is struggling to work out whether or not it should impose its values and laws on a nation of xenophobic slaveholders, or if cultural relativism and a live and let live approach is better. You’re the fulcrum in all this, you can help decide if the island moves on from its past, or if it decides to embrace its unique culture and become more isolated from the larger world.

It also posits, uniquely amongst latter Elder Scrolls games, that your player character might genuinely not be anyone special. It’s left up to the player to decide whether or not you really are the Neveranine reborn, or if you just appear to fulfill the criteria.

It’s a game made of grey areas, and of beautiful scenery, and to immerse yourself in its world is to begin a lifelong love of the third Elder Scrolls game.

So that’s what I think! Do you have any thoughts or disagreements? Let me know in the comments below!