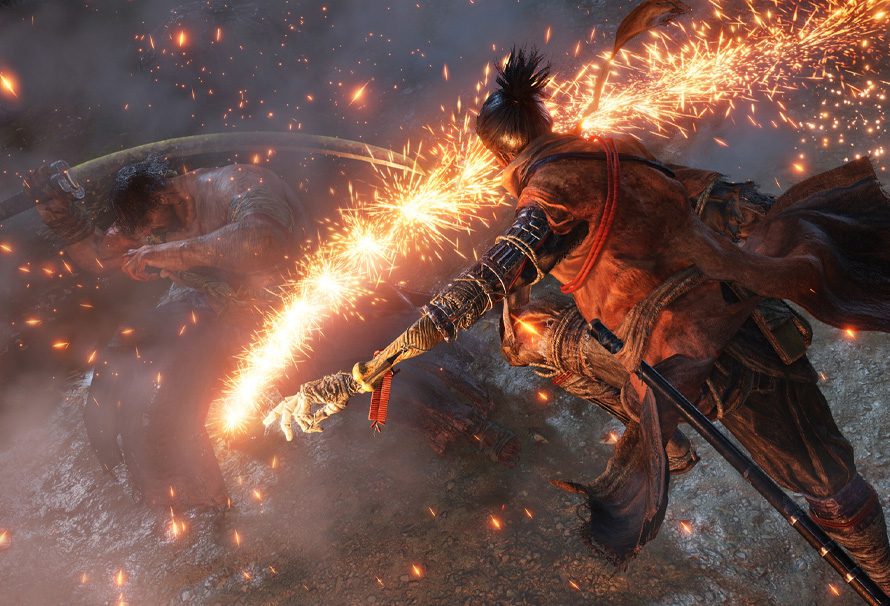 The latest game from the all-powerful FromSoftware is out this week. Following on from the dizzying heights of Bloodborne and the end of the Dark Souls trilogy they’ve decided to go in yet another new direction with Sekiro: Shadows Die Twice. Where Dark Souls was fantasy and Bloodborne was Gothic, Sekiro is focussed on the ninja way. Dattebayo.

Alright, not that kind of ninja. You won’t be running around with your arms behind you or talking about how your friends give you power. Actually, you won’t even really have friends. Whilst the previous games have had multiplayer Sekiro has none. This means if you find yourself stuck against a boss then your only option is to keep trying. Well, you could throw the game out of the window, but don’t do that.

Sekiro really doubles down on the parry systems that have been present throughout FromSoftware games. However, in Sekiro it is intrinsically linked into a new system called Posture. Rather than being the reason for all of your back pain, if you let your Posture become bad in game you are ripe for a killing blow. Likewise, you can trash your opponent’s Posture making them be open for a deadly strike. This affects bosses as well, though more often than not you will need to land a couple of these in order to take them down.

There are two other notable additions too. You can jump at will now. I know this may not seem like a big deal if you aren’t familiar with FromSoftware, but trust me, as a fan, it is revolutionary. This isn’t all, you also have a grappling hook inside your prosthetic arm. This allows for a greater degree of verticality than ever before. It even comes in handy during certain fights, allowing you to fall back and wait for an opening to grapple to larger enemies before scurrying off again.

It also feeds into the other major change: stealth. If you can get the jump on an enemy – literally in some cases – then you can take them out in a single stealthy strike. This is especially useful as your basic foes become increasingly tricky to deal with. You can even sneak around in the grass and assassinate people a-la some other series about creeds.

Rather than create your own character Sekiro has you take control of the one-armed wolf. A man who is loyal to one master, even to the point of death. Which is fine, because it turns out he can come back to life. This in itself has some dire consequences though – who knew coming back from the dead wouldn’t all be good. If you resurrect too many times it can adversely affect those around you, potentially permanently.

When you take the classic Soulsborne formula and add in all of these intriguing little changes, you get Sekiro: Shadows Die Twice. An exciting new game that is out this week, will last you forever (because you’re going to die a lot), and looks damn good all the while. It is a brave new world for fans and newcomers alike, and it is going to be one of the toughest challenges yet. So, you know, bring a stress ball or something.