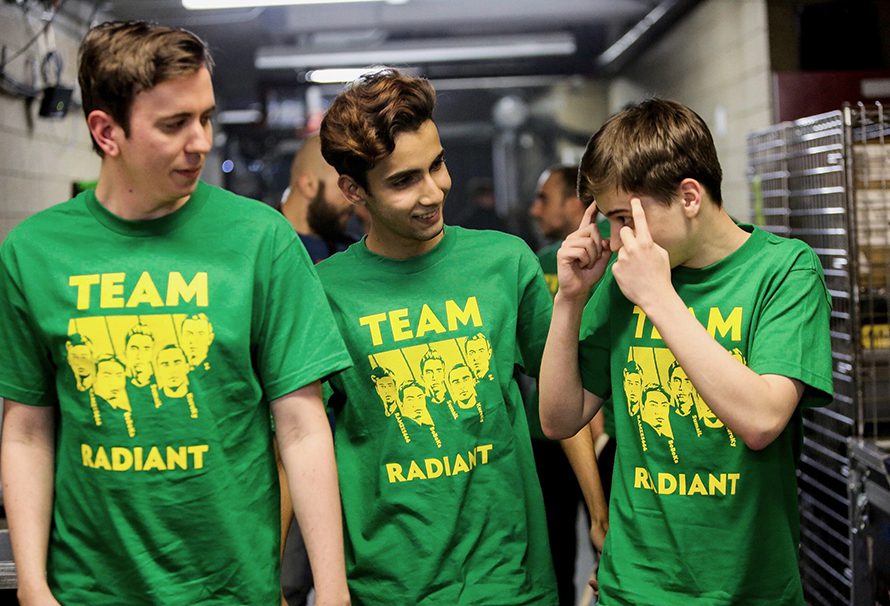 What a year it has been in the world of esports. 365 days of explosive industry growth and compelling action ultimately comes to a close this weekend as the world winds down for the holiday season. The best news is that there’s still some top tier action to give you your fill this weekend. Whether you’re in the freezing cold or glorious sunshine, there’s no excuse to miss the Counter-Strike or Dota 2 this weekend.

Whilst the Esports Championship Series will head back to Wembley Arena for the next season, organisers FACEIT have opted for the glorious shores of Cancun, Mexico for Season 4. The Hard Rock Hotel will host eight of the world’s best teams as they battle it out for one final time in 2017. The four representatives from Europe are Fnatic, FaZe Clan, mousesports and Astralis whilst Cloud9, OpTic Gaming, Team Liquid and Luminosity will represent North America.

Having failed to qualify for the finals, Season 3 champions and recent ESL Pro League winners SK Gaming will not have the chance to defend their title and have a shot at the lion’s share of a mammoth $750,000 in prize money.

There’s good reason to think that FaZe Clan are big favourites for this tournament. The juggernaut “all-star” team were toppled by SK Gaming in the final last weekend but without the Brazilian arch-enemy they should have the firepower to propel them to glory. Astralis would normally be right up there, but given Dev1ce’s extended medical leave they will struggle to match the full strength opposition that awaits. Again, RUBINO will stand-in but given their less than stellar performance last week on home-soil, it would take a bold man to predict glory for the Danish outfit this weekend.

The dark horse for the tournament are Swedish side Fnatic. Although they still haven’t quite recaptured former glory, the Jesper “JW” Wecksell spearheaded squad did manage to beat FaZe in a best of one at the ESL Pro League finals. Should they be able to replicate that form consistently, they’re most definitely a roster to be feared. Consistency has often been lacking but it would be a fantastic story were they to round off what’s been a fairly miserable 2017 with victory in Cancun.

Enjoy the very different Dota Minor as The Summit 8 concludes

The Summit has and always will be a fan favourite tournament in the Dota 2 calendar. Based on Starcraft’s HomeStory Cup, the event takes place at Beyond the Summit’s gaming house. Professional setups and suited analysts are swapped for a sofa where casters are joined by professionals who aren’t playing to offer something very different from other events. The whole event feels beautifully intimate, but there’s still $300,000 on the line out in Los Angeles and there’s yet more pro circuit points up for grabs. The Dota world is in for a treat, with the likes of OG, EG, OpTic and Virtus.pro all gracing the house and therefore some of the brightest minds commentating.

Credit: Beyond the Summit

OG has got off to a slow start this season. The previous Valve record-breakers notched their first victory last weekend out in Hong Kong and look like they’re starting to gather momentum with their post-TI roster. A lot will hinge on the performance of carry player Roman “Resolut1on” Fominok. The OG playstyle tends to revolve heavily around Roman, with Johan “n0tail” Sundstein playing less greedy heroes to compensate for the heavy farm style of his teammate. With the formidable support duo of Jesse “JerAx” Vainikka and Tal “Fly” Aizik in full flow though, they’re still one of the best teams in the world to watch. Whilst they’re not as flashy as many other teams, OG capitalise on the smallest of windows in games to drill home advantages and that’s what always makes them amongst the most dangerous teams in the world.

Virtus.pro will be playing with their coach Artstyle as a stand-in so may not fare as well as many would have hoped – whilst OpTic Gaming will be looking to show that since their recent roster swap they’re the real deal. There will be many that keep a keen eye on Fnatic, too. Their eclectic mixture of Western players and South East Asian talent is yet to properly flourish, although they have shown recent signs of a pick up in performance. The man that often holds the key to success is Jacky “EternalEnvy” Mao. Envy is known for his erratic performances that can often be straight up game winning or losing. He’s one of the most exciting players to watch, however, and is an extremely interesting chap to listen to when he’s on the sofa lending his expertise to a cast.

The Summit provides the perfect ending to what’s been a brilliant year of Dota 2. There’s been epic tournament aplenty, but it’s apt that a cosy fan-favourite tournament rounds off what’s been a hectic second half of 2017.