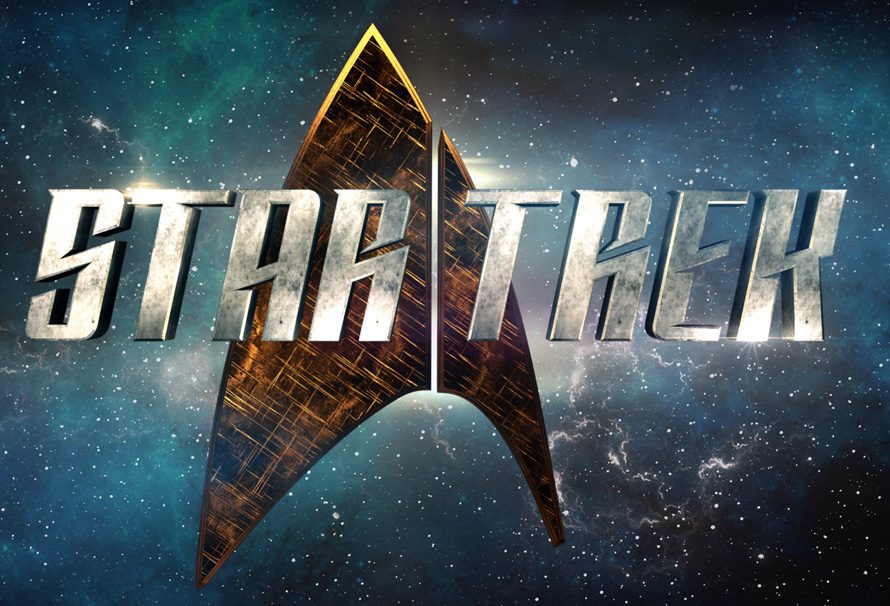 But stuff all that, Star Trek: Discovery just finished until the next month, so lets talk Star Trek cos really, there’s nothing better.

There’s been a load of Star Trek films and the old rule of ‘odd ones bad, even ones good’ might not really hold true anymore. So what’s the best, what’s the worst? FIND OUT BELOW

So, this is, to me, the worst film in the entire Star Trek series. Why? Because at its heart, it is just a remake of Wrath of Khan, even down to some of the story beats. The problem there is that Wrath of Khan already exists and is better, so why make a subpar version of an existing film? Just by changing a few details, having Spock shout ‘Khan’, having Kirk be the one who dies, doesn’t make this film new or interesting, it’s just retreading a story we’ve already seen, and seen better.

Add into that the ‘deception’ about Cumbulbund being Khan – as if we couldn’t guess – and the fact that they ‘cure death’ at the end of the film and have to rapidly forget about it for any further films, this is just a huge misstep and adds nothing to the new universe. Star Trek rebooted the series in 2009 into a brand new universe and timeline, and it was an incredibly exciting time. We could’ve got anything, we could’ve seen the universe change beyond recognition, and that was the promise. Instead we got a remake of a story we’d already seen. Wasted opportunity all round.

I’ll give you a short version of this one. Shatner directs. Shatner goes a bit mad with power. Shatner meets ‘god’.

Even though this has a very young and very skinny Tom Hardy in it, and has some decent stuff on Romulus, it again is basically just a remake of Wrath of Khan. And you know my opinions on doing THAT (if you don’t, read up).

The really bad part of this film is wrapped up in Data and B4. If you haven’t seen it or don’t remember, B4 is a basic Soong-type android they find on a desert planet, one that barely functions and can’t do basic things. By the end of the film, Data’s dead but before he went he (unsuccessfully) transferred his memories into B4, and you get a hint that Data lives on in B4’s body.

What’s the problem with this? Well firstly we already know that Data survives the film. The last episode of The Next Generation we see Data in the future, alive and well, with a grey streak in his hair. So do we assume that B4 entirely becomes Data and lives as Data from then on? If so, what was the point of Data’s sacrifice? It just undoes the entire premise of a sacrifice if by the end of the film, or even before, we know that it’s meaningless.

Also it’s not as good as Wrath of Khan so please stop remaking that film, please.

Insurrection isn’t a terrible episode of The Next Generation, it’d certainly fit in amongst the later seasons. It’s better than Sub Rosa, for example.

It’s just not any good either, there’s nothing outstanding or brilliant here, it’s just fine. Humdrum. Middle of the road. It happens. Things happen. It’s OK. Nothing terrible goes on. It’s alright. I don’t hate it. Do you hate it? You shouldn’t hate it. You shouldn’t love it.

Look I’ve run out of synonyms for ‘fine’ now. Moving on!

This caused a furore at the time because it’s The Film Where Kirk Dies Unceremoniously.

But that aside, it’s actually an OK film! I rewatched it recently and was surprised because I fully expected to hate it. Instead you get some really nice moments, Malcolm McDowell is a brilliant actor and a great baddie, and you get to see some really quite bittersweet moments with Picard wishing he had a family.

It’s not a perfect film, but it’s better than it’s reputation makes out.

If you’re a fan of hour long shots of the refitted Enterprise, then this is the film for you.

If you’re a fan of films having pacing, then this might not be one to watch.

Again, like a couple of the films above, there’s nothing really that bad about this film, it’s just extremely ponderous and takes a long time to get going. The plot itself is simple, the Enterprise goes to V’Ger, the Enterprise stops V’Ger. That’s about it.

It just takes so long to get going, and even when they’re on their way there’s little stops and bumps in the journey that don’t really necessarily add anything to the plot.

But hey, the Enterprise Refit is damn pretty.

Another film that’s capable, it’s just fine y’know! The best thing about this film is that it features the Klingon Bird of Prey for the first time, the one that we’ve all grown to know and love. It’s got some drama with David, Kirk’s son, and some SPECIAL drama with the Enterprise getting blown up.

It’s a better film than you might think, and the only reason it suffers in the rankings normally is because it’s wedged between the absolute shining stars of IV and II. Without them to compare to, this’d be considered a decent Star Trek film.

The second best of the new Star Trek films, Star Trek Beyond is a lot of fun. Feeling a lot like an extended episode of the original series, it’s just a damn good romp through a strange alien planet. It even manages to tie together Enterprise and the Kelvin Timeline, which is no mean feat.

Honestly there isn’t a huge amount to say about this film, other than if you hated Into Darkness then this feels a lot more like the crew being on the correct path, it also ditches a lot of the Into Darkness innovations, such as death being ‘cured’ and interplanetary transportation. It just pretty much ignores the previous film, which is something I also try to do!

It’s OK that these two things can be true, and it’s OK to enjoy this film, don’t let anyone tell you otherwise. But the actions of Picard and his reactions to the Borg are largely at odds with the Picard and actions we see through the rest of Star Trek.

Picard in this film is out for revenge, he’s Captain Ahab and the Borg is his White Whale. He’ll stop at nothing to destroy them, to make them suffer like he suffered, to see them BURN.

Star Trek is about responsibility, about growing up, about family, about what it means to be human. This film is about blowing up baddies and revenge and dealing with your own hatred, and that might be fine if this were a different crew, but we’d just spent 7 years with this crew and we know that they simply don’t act like this. It’s a good film. It’s a bad Star Trek film.

A bold new direction for the series! Star Trek is a great romp, a reset of the series that whilst it may have annoyed purists, it felt fresh, it felt new, it felt exciting.

The whole promise of the Kelvin Timeline is in this film, we’re seeing familiar characters in unfamiliar situations in an unfamiliar universe. Things will be the same, but most things will be different. Look, Vulcan’s blown up!

It felt like Star Trek was going off in an unexpected direction, so we could explore new worlds and new civilisations together, stuff we hadn’t seen before!

Admittedly that didn’t quite happen, instead we got a remake of The Wrath of Khan, but Star Trek is a brilliant way to reset the universe, whilst also keeping it linked to the old one. It helps that it’s a great film too!

Otherwise known as ‘The One With The Whales’. It’s the comedy one! Earth is under threat from a mysterious probe that wants to talk to some humpback whales. But oh no, they’re all dead! It’s up to the crew of the Enterprise, and their cloaking Klingon Bird of Prey, to travel back in time and nab some.

It’s a brilliant film filled with touches of humanity and humour throughout. It’s a proper fish-out-of-water adventure with the crew of the Enterprise being largely completely unable to deal with life in the 20th century, apart from Spock of course, who gets a round of applause for Vulcan nerve-pinching some scumbag who was making too much noise.

It’s just unadulterated fun, with a decent message at its heart. See, Star Trek is at it’s best when it’s got a message, and the message here is about environmentalism. Look after your animals today, it says, because tomorrow…who knows.

Otherwise known as ‘The Cold War One’. We’re in full on metaphor time here, it’s filmed just after the fall of the Soviet Union and the film shows that, heavily.

Kirk has to battle with his own prejudices about Klingons to uncover a plot that threatens the Khitomer Accords, a peace treaty that’ll end years of cold war between the Federation and the Klingons.

It’s got a beautiful message, and more than that, it’s the perfect sendoff for the original Enterprise crew. Try to be a Star Trek fan and not have a tear in your eye at the end of this film, go on, I dare you.

No surprises here – The Wrath of Khan is an amazing film.

On the surface of it, this film is a bloody good adventure film. Khan comes back and turns the tables on Kirk, almost taking him to the brink before Kirk rallies and destroys Khan once and for all. A sequel to 1967’s Space Seed, it features the original, and best, version of Khan as they play cat-and-mouse across space.

But this film is more than surface, it’s got a lot more to it than that.

It’s got two main strands to it. One of those is not letting hatred and revenge blind you, both Khan and Kirk hate each other, at least they do by the end of the film, but only Khan lets it blind him to the reality of the situation. Kirk keeps a cooler head, and this helps him win the day.

The other strand of meaning is about experience versus intellect. Khan is smarter, there’s no doubt about that, but Kirk knows spaceships, he knows Federation ships, he knows 3D space combat, he knows how to fight. Khan doesn’t know any of this, and this is how Kirk turns the tables on him, how Kirk rises above this genetically engineered monster to blow him to Antares come.

Compare this to the remake in Star Trek Into Darkness. In Wrath of Khan, Khan is undone by his own actions and inexperience in space combat. In Into Darkness, ‘Khan’ is undone because…er…Spock hits really hard?

It doesn’t even compare. Combine that with some really heartfelt moments, such as Scotty’s nephew and Spock’s demise, there should be no doubt. This is the best.

That’s my list! Do you want to disagree or send me buckets of praise? Do both in the comments below!