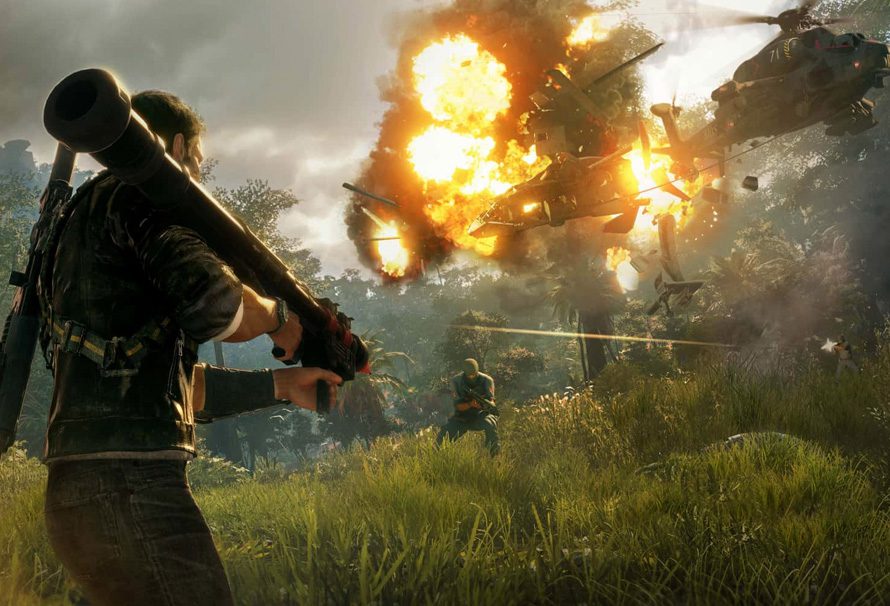 The eagerly anticipated 4th game in the Just Cause series is due to be released on PC, PS4 and Xbox on Tuesday 4th December. This action-adventure game developed by Avalanche Studios and published by Square Enix is set to be the biggest and best of the series so far. Avalanche have taken everything players love about the Just Cause series and improved on everything for Just Cause 4. Let’s take a look at what’s in store:

Set in 1,024 square kilometres of exotic South American inspired landscape, the Just Cause 4 open-world boasts many unique environments such as lush rainforests, hidden temples, mysterious caves and dense cities. The plethora of wonders are all inspired by countries such as Peru, Bolivia, and Argentina and are packed with people to meet, amazing vehicles to experiment with, iconic landmarks, a variety of animals and incredible vistas. Yet despite this expansive beauty, Solis is home to conflict and oppression, as well as suffering frequent extreme weather events, from tornados and torrential lightning, to blizzards and sandstorms.

Step into the fictional country of Solis as the series protagonist and rogue agent, Rico Rodriguez, who must pursue the source of the destructive weather forces. In this fourth Just Cause, Rico faces his most dangerous and personal mission yet as he seeks to find the truth behind his father’s past at any cost. At the same time, Rico must spearhead the rebellion and defeat the Black Hand, a hi-tech private military organisation led by Gabriela Morales. In Gabriela, Rico will come up against his most fierce, capable, and unpredictable adversary yet. To confront her, you will need to build an army and fight alongside both familiar faces from previous games as well as some new faces.

Just Cause 4 features bold new gameplay systems that promise to be as fun as they are visually stunning. On top of a fully customisable tool-set, a variety of unique weapons, construction vehicles and agile micro jets, the added complexity of dramatic weather events offers the chance to experience never seen before gameplay-physics. There is also the option to opt for more action and excitement on the frontline, where rebels have gone to war against the Black Hand.

We loved the previous games in the Just Cause series and can’t wait to get our hands on this one. Strap into your wingsuit, equip your fully customisable grappling hook, and get ready to bring the thunder.