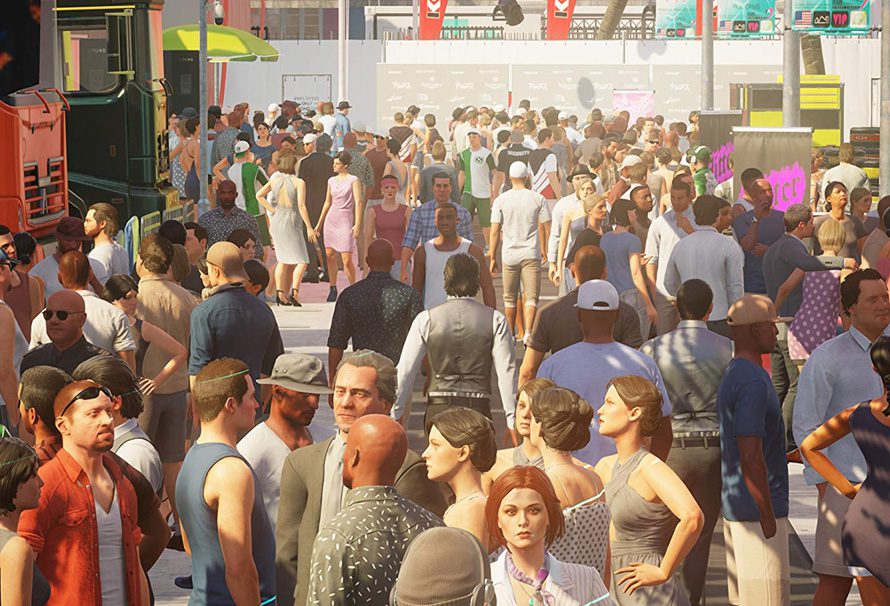 I go through the door and queue up.  Eventually I reach the counter and the staff ask me what sandwich I want. I indicate my choice, and asked what size sandwich. Then I’m asked what bread I want. How about cheese.  Do I want it toasted? Now salad. Lettuce? Olives? Cucumber? Jalapenos? Gherkins? Tomatoes? Peppers?

By the time they’re asking what sauce I want (it turns out I can combine sauces, it’s not just a binary choice) I’m sweating and shaking with the anxiety of choice.

And, most critically, I don’t have my damn sandwich yet.

Hitman is a series that follows Subway’s design philosophy. It’s a smorgasbord of choice, and at times I find it utterly overwhelming.

A lot of games bill themselves as sandboxes. The problem with a lot of them is that whilst the space you can play in is often huge, the actions you can actually do in them are quite limited. Think about your favourite open world game. Chances are the actions you perform in that game will be limited to ‘fight’, ‘talk’, and ‘pick up item’.

Which is not to say they’re bad options for a game, just that open world games are often wider rather than they are deep.

Enter the immersive sim. These games provide a smaller space but many opportunities for emergent gameplay within them. Think Deus Ex, Thief, Dishonored. All provide the player with levels instead of wide open worlds, but levels which are designed to be replayed with multiple routes and opportunities within them.

The Hitman series has pushed this to extremes.

Every Hitman level, at least since Blood Money, is filled with emergent gameplay opportunities. It is down to the player to watch, wait, then set up chain reactions that result in the desired outcome. You plan what you want to do by observing patterns in the game, then execute your plan and watch as the controlled chaos unfolds.

To add another torturous metaphor, Hitman levels are like an elaborate game of Mouse Trap. And I’m a player with a shaky hand trying to balance the diver on the diving board.

We all want more choice?

Every Hitman 2 level starts much the same way. You know where your targets are, and you’re usually a long way away from them. It’s up to you to figure out now only how to get close to them, but how you’ll end them too.

Will you knock out a janitor and dress up? Will you blend in with a crowd? Sneak in the basement and shimmy up a pipe? Take out a general and infiltrate a high ranking meeting? Waltz in the front door and shoot all the guards? Blow something up and use the distraction as cover? Work at a tangent and lure your target outside?

All these choices, and you’re not even near the target yet.

I’ve been playing a lot of Hitman 2 since its release, and it’s an absolute masterpiece of design. But I often find myself with utter choice paralysis.

It’s a huge interconnected web of choice, but it’s also a web of anxiety.

Thankfully Hitman 2 knows this, at least I think it does. The controversial opportunities system is back from Hitman (2016). Upon promenading around a level, Agent 47 hears snippets of opportunities he can follow on his way to do a bit of murder. He might hear that a photographer is in town and has a meeting with the target. That a member of the kitchen staff is late. That a flower delivery truck has broken down.

They’re invaluable for someone like me. They help cut through the noise of the game, the overwhelming choices in front of me, and give me clear routes.

However, they are at strange odds with the purpose of the game. You’re meant to explore the space. Make your own opportunities.

The way I think of them is as training wheels. They inform me of the kinds of opportunities that are available to me. I’ll do one, get an idea of the layout and the way the level operates, then go off piste for my next attempt.

They can be disabled and for the veteran Hitman player (or the more Hitman-inclined brain) that’s probably a wise choice. But for me, and my brain, I’ll have the handholding please.

My problem with Hitman 2, and the previous Hitman games, isn’t that they’re good games – they are. It’s that maybe I’m not good enough for them. So I’m glad IO Interactive recognise that sometimes people need a little help, and have provided a way for me to get into Hitman.

Until I get the hang of Hitman 2. Then the brakes are off, and it’s murder time.

Hitman 2 is out now for PC, Xbox One, and PlayStation 4.