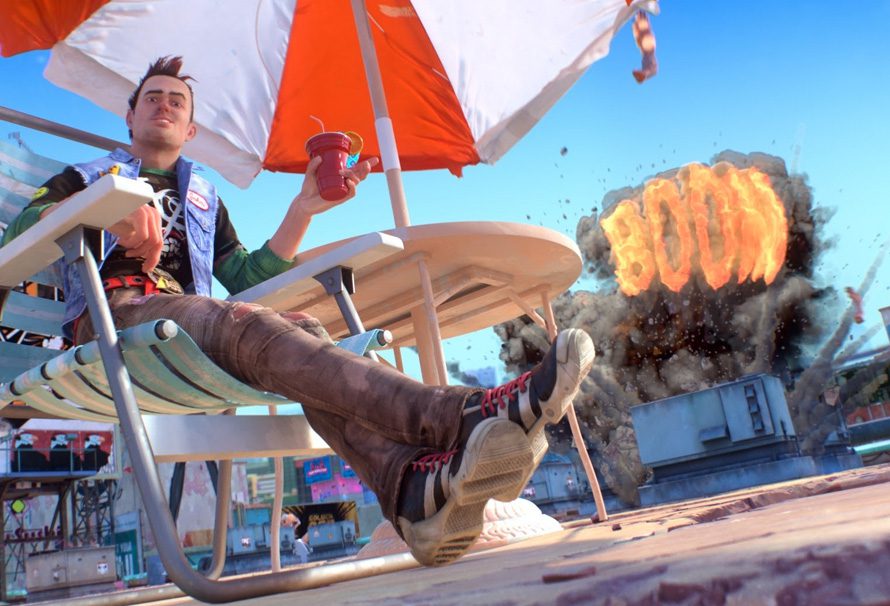 Spider-Man has been in the wild for a few months now and it’s clear to see that the game is brilliant for a number of reasons. Swinging through the streets of New York as everyone’s favourite web-slinger has never felt more compelling. Throw this together with a rich story-line, fleshed-out characters, and a diverse combat system, not only makes one of the best titles of 2018 but one of the greatest superhero video games of all time. What you need to remember though, is that without Insomniac’s predecessor, Sunset Overdrive, none of this could be possible.

Released exclusively for the Xbox One back in 2014, this action-adventure, third-person shooter brought chaotic fun, while taking heavy inspiration from classics like Tony Hawk’s Pro Skater and Jet Set Radio Future. The concrete jungle created is a haven for exploration, with constant momentum being one of the main mechanics that Insomniac nailed. Wall-running, grind rails, and zip-lines all combine to make traversal a breeze. Of course, this whole setup would be adapted by Spidey later down the line but come Sunset’s end, there was a clear indication that a sequel was planned. The difference now however is, with Spider-Man selling like hot cakes (3.3 million copies in its first three days alone), will we ever see a true sequel from the studio?

Arriving in a busy autumn alongside juggernauts like Call of Duty, Sunset Overdrive couldn’t amass the sales numbers reviews claimed it deserved. Being locked on the Xbox One at a time where Microsoft were at its lowest and Sony were on the rise, Sunset had too many obstacles to overcome. Though no official numbers have been released, VGChartz estimate the game has only sold around 1.16 million. Compared to the success of Spider-Man, as a business its hard for Insomniac to commit so many resources to a follow-up.

At the time, Sunset had Insomniac’s A-team behind this project, with people like Marcus Smith directing and Bryan Intihar producing (who later would both go on to direct Spider-Man). Insomniac will want to put their best team on the inevitable Spider-Man sequels, followed by any other Marvel property the company and Sony are interested in. A Spider-Man trilogy (similar to Rocksteady’s Batman)? Venom? A Sinister Six spin-off? These are all realistic properties for the company to work towards, therefore Sunset will sadly be left out in the cold.

Sunset Overdrive is a wonderful game, brimming with creative ideas that received critical acclaim across the board. Insomniac know that. Microsoft know that. Even Sony know that. The sales numbers regrettably say otherwise. Trying to salvage what’s left of the game, the pair agreed to release Sunset on Windows, from 16 November, 2018. Whether or not it will find more of an audience is still inconclusive.

Insomniac is a big studio and occasionally do work on multiple projects at once – nothing to this scale though. Developing a sequel to both Spider-Man and Sunset Overdrive in-tandem is simply unfeasible. Looking at the company’s history reveals that the firm has never built two triple AAA console experiences of this magnitude alongside one another.

As much as I adore Sunset, since it created the framework for Spider-Man anyone looking in could be mistaken for thinking these properties are too alike. Spider-Man is the most bankable superhero in the world, where as Sunset’s protagonist has one underperforming critical hit to his/her name. There’s no competition. Without Insomniac farming the IP out to another developer (unlikely to say the least) or committing a small team to develop a continuation, Sunset Overdrive will never receive the time and love it originally received, and that in itself is a real shame.