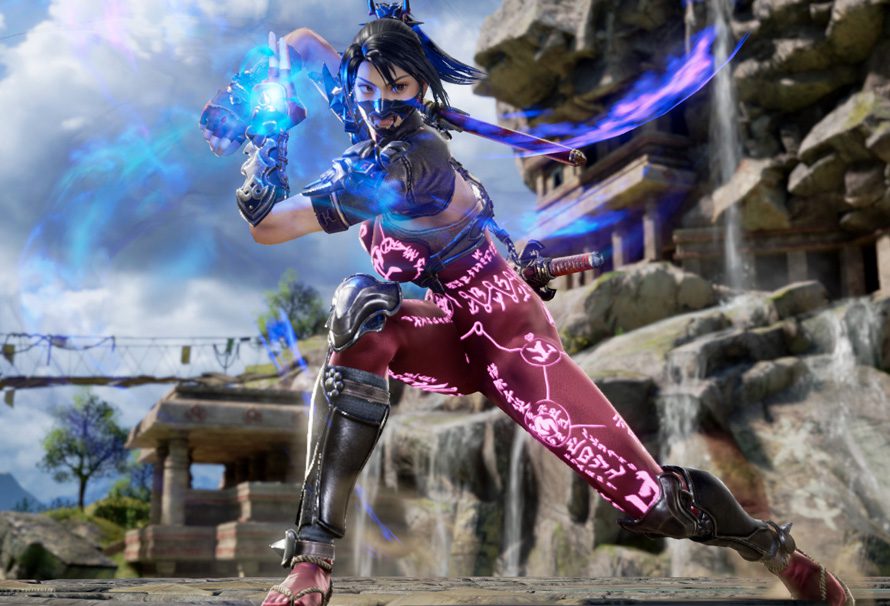 After a long 6 year wait, Bandai Namco Entertainment will be launching the 7th in the main series of their Soul fighting game franchise. SOULCALIBUR VI, coming to PC, PS4 and Xbox on 19th October, is an epic adventure set in the 16th century where knights, ninjas, goliaths and pirate warriors battle head-to-head over mythical weapons of good and evil. With a backdrop of beautiful graphics and 3D character models, SOULCALIBUR VI is set to take you on an action-packed fighting and role-playing adventure.

Building upon all the great mechanical features that have made this such a successful fighting franchise, there will be two new gameplay mechanics in SOULCALIBUR VI. One of these is the “reversal edge” feature that responds to an increasing demand for more options in player defence. Using this feature, you are able to read opponents’ attacks whilst absorbing several hits, before then using this knowledge to perform more measured and powerful strikes. The second exciting new gameplay mechanic is the “soul charge” feature. Every character now has the ability to enjoy a temporary power-up that can ultimately alter a battle outcome. In this state, additional attacks can be performed, with potentially lethal outcomes for opponents. With a Soul Charge super meter applied, you have the option to either use up your meter with one huge upfront move. Alternatively you can elect to use soul charge over a longer period of time to subject opponents to more sustained damage.

On top of the usual arcade, training and online modes, this game also offers two very different story modes. Libra of Souls is an RPG style mode that focuses on your creative character. Through completing missions and travelling around Europe and Asia via a map screen, you are able to level up, buy new gear, and improve your own battle skills. Varied missions and challenges keep combat fresh and forces you to become a better fighter. Through this RPG style design and weapon upgrade systems, there will be a great sense of progression and skill development. Running in parallel to this Libra of Souls mode is the Soul Chronicle mode that constitutes the main storyline. This mode takes the individual character stories of an arcade mode and lays them out on a timeline that allows gamers to tackle them in any order they desire.

SOULCALIBUR VI will contain a roster of 20 characters that combines our favourite returning fighters from previous games, such as Mitsurugi and Talim, as well as three exciting newcomers; Azwel, Geralt and Grøh. Azwel, known as the Leader of Humanity, can summon a huge variety of blades, spears and shields. We expect to come across him as one of the main villains in the story mode, particularly in the Libra of Souls secondary story. Geralt of Rivia is a brand-new guest fighter who uses one steel sword when battling humans and one long silver sword for monster confrontations. On top of his School-of-the-Wolf fighting style, Geralt the “White Wolf”, employs a number of magical “signs” he acquired through mutations that turned him into a witcher. He can use Igni for fire, Aard for telekinetic blasts, Yrden for immobilizing traps, and Wuen for shielding. Finally, Grøh is introduced to SOULCALIBUR VI. The first character of Nordic descent, Grøh uses his unique double saber in an Aval Dual-swordsmanship fighting style. A mix of sword and staff techniques allow him to increase his range and spin his sabers, with the added ability to teleport. When using Soul Charge, he is able to separate his weapons into two different swords for faster and more precise attacks.

Here are the recommended requirements for running the game:

What have people said?

Critics’ reviews have been posted and there has thus far been very positive feedback on the latest game in one of the most successful franchises in the fighting game genre. IGN have rated this triumphant return to the 3D fighting scene 8.9/10, describing it as “one of the best entries in the series”, whilst Gamespot have given it an 8 for its pervading sense of adventure and overall accessibility, with “a low barrier to entry and high skill ceiling”. With such positive pre-release reviews, we can’t wait to have a go.

SOULCALIBUR VI will be available on the 19th of October, 2018 and can be purchased here.