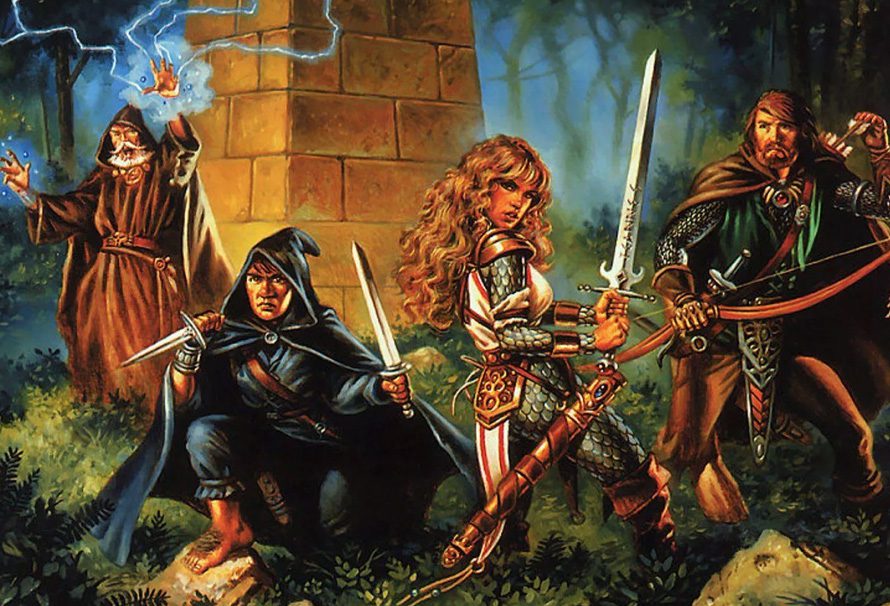 Everyone knows that the best games are those that are RPGs, that’s a solid fact. RPGs mix together a different array of systems, themes, worlds, and can take almost any form.

You can tell that RPGs are the best by the way that almost every game now has some form of RPG element added in. But we’re not here to talk about modern games with RPG elements or even modern RPGs.

We’re here to talk about the best RPGs on PC that you might’ve forgotten. Here we go!

Avernum – Escape from the Pit

While the world has continued turning, Jeff Vogel of Spiderweb Software has quietly been working away making some of the best RPGs out there. Originally released in the 90s under the name Exile, Avernum has been re-jigged and re-released and has frankly never been better.

Set in a series of giant underground caverns where people have been thrown into and forgotten by a brutal Empire above ground, you have to survive, meet others scraping an existence down there, and look into how to get yourself and others out of this stony hellhole. It’s an RPG with hours of quests to complete, monsters to defeat, and plotlines to follow. And if you like it, there’s two more afterwards you can dive into.

Made by the sadly departed Westwood, the first Lands of Lore was a great but fairly straightforward dungeon crawler as you attempted to defeat the evil witch Scotia. The second opened the world a lot more, and saw you take Scotia’s son on a quest to end a terrifying god who is threatening to return.

The third, however, is a frenetic mix of properties, ideas, and more. The world is breaking open with interdimensional rifts opening everywhere, as the youngest son of the king who’s lost his soul it’s up to you to put it back together again. Featuring characters from the first two games Lands of Lore 3 is a massive first person RPG adventure where you hop from world to world to stitch the world back together. One particularly memorable moment sees you hop into a world populated by ghosts in a creepy haunted world. You even make a little trip over to the Command & Conquer universe.

Realms of the Haunting

Adam’s dad has died, and when Adam searches his father’s belongings he finds clues that lead him to a mysterious house in the English countryside. The doors lock behind him, and the game starts.

Realms of the Haunting is a mix between a first person shooter and an RPG and what starts out as a creepy dive into a haunted house becomes something so much larger as you progress. You go from a bigger-than-it-should-be haunted house to heaven, to your father’s old house, to ancient Egypt…and more. It’s a vast game with wonderfully terrible FMV sections that add to it’s charm. It really has to be played to be understood, because it’s rare to get that kind of mish-mash of game systems and ideas anymore.

The Ultima series helped define the Western RPG, but it had a few spinoffs too. There’s one set on Mars and another set in the distant past. The most famous of its spinoffs is of course Ultima Online, but a close second is Ultima Underworld, a game that showed that true 3D environment was possible and did things that wouldn’t be replicated for years later.

Ultima Underworld II took all that made Ultima Underworld good, and then did one better. With a plot similar to Lands of Lore 3, Britannia has found itself open to other dimensions, it also ties into Ultima VII and Serpent Isle, serving as a bridge between the two. This RPG sets you on a reality-hopping adventure to places that stretch the imaginations of the Origin team behind it. There’s only one place where you can meet sentient energy creatures who exist to be a sort of dimensional computer, and that’s in Ultima Underworld II.

Ultima Underworld isn’t dead though, as a team has successfully Kickstarted a spiritual successor called Underworld Ascendant which is nearing completion.

Now this is probably the most recent of the games on here, but it’s still included as nobody bought it on release so that counts as ‘forgotten’. A vast game that was in part written by R.A. Salvatore, it features one of the most satisfying RPG action combat systems of all time.

As the Fateless One, you’re the only creature on the entire world who can change the fate of those around you. If someone is fated to die, you can save them. If they’re fated to live, well, hammer time. The game is absolutely massive and filled with quest hubs and crafting for you to explore and investigate as you work out why you died, why you have no fate, and who the hell these crystal fae are. Whilst you can definitely tell it was a prototype for an MMO, there’s yellow exclamation marks and an MMO style to the whole game, it stands alone as a great action RPG, and one that’s well worth your time.

You’re on a spaceship heading out to a barren planet in order to do a bit of mining. As a pilot of extraordinary skill you take off with a scientist in tow and go to check out the alien world you’ll be shortly landing on. Except something goes awry, your spaceship crash lands, and you awaken in a lush jungle surrounded by two legged cat people.

You’ve been lied to, the planet is full of life, magic, and even Celtic humans who escaped when the Earth was losing its magic. It’s up to you and your party to find your spaceship that has landed and is destroying the world, and put a stop to your former colleagues’ plans. Combining a 2D overworld with first person 3D dungeons and turn based combat, Albion is another huge RPG to get your gaming hands around.

Where it differs is in the sometimes bizarre stuff you’ll be getting up to. Get a nice belt and want to upgrade it? Off you go into a belt dimension to battle belt goblins. A lady has been turned into a zombie, but don’t worry you can cure her. Then marry her if you so wish, but if you prefer the passive bonuses she gives you as a zombie you can always turn her back into the walking dead. You’ll meet giant frogs who own palatial castles, undead nightmares, huge turtles, and more.

Everyone knows about BioWare’s Mass Effect series and the Knights of the Old Republic, but in between these two there’s a forgotten gem: Jade Empire. As the Spirit Monk it’s up to you to find out what all these Lotus Assassins are up to, and why are the undead hanging about instead of being, y’know, dead?

Inspired heavily by Ancient Chinese history and mythology, Jade Empire is an action RPG that really is a must-play for any fans of BioWare games. You can see, much more than Knights of the Old Republic, exactly where they were heading with their morality based choice systems. If you’ve played Mass Effect but want to see something a bit less polished but a whole lot more fun and experimental, Jade Empire’s for you.

Ultima Underworld has already been mentioned on this list, but there’s another game in the series that you might not have heard of. That’s Arx Fatalis, and that’s because it was originally intended to be Ultima Underworld III but unfortunately the rights never came through for the team at Arkane to use.

Arx Fatalis is set on the interior of a planet which has frozen solid. Life now carries on in a warren of caves and many of the species who formerly lived on the surface now eke out a living in these caverns. As an escaped prisoner, the world is basically yours to play with. There’s direction given through the plot but it’s an open world for you to investigate and explore. Featuring a skill system that allows you to customise your character how you want and a gesture-based spellcasting system reminiscent of Black and White, Arx Fatalis is a brilliant first person RPG that lets you play your way.

People now remember Ion Storm as the developer behind Deus Ex (hooray) and Daikatana (boo) but they also had a few games on their hands that are still worth remembering, such as Thief: Deadly Shadows and of course, Anachronox.

Anachronox itself is a tiny planet where gravity doesn’t always work like it should (think the original Prey) which itself lies in an artificial sphere called Sender One. You’re a private investigator down on your luck and your only friends are a robot assistant you’ve had since childhood and the digitised spirit of your now deceased secretary. Taking on a case that looks to make you a bit of money and keep the wolves from the door for a few days leads to an adventure that takes you to other planets within Sender One. On your way you’ll gather allies, including a scientist, a superhero, and er, a sentient planet. Anachronox is a frothy mixture of ideas and imagination, and like many of the others on this list, it seems unlikely we’ll see its like again.