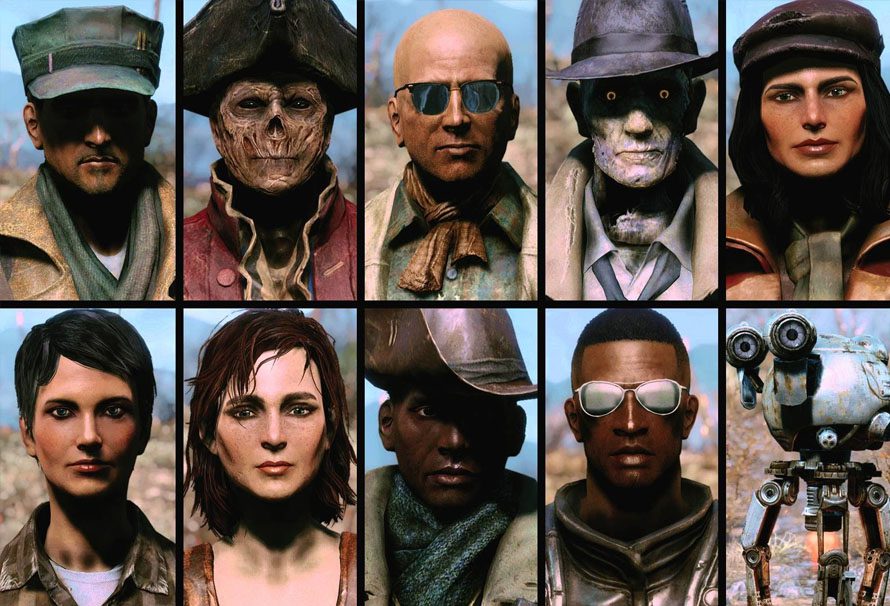 Fallout 4 is a game where you don’t have to face the apocalypse alone, if you want. There’s loads of people you can take with you, to make those eerie Bostonian nights a little less creepy, and to give you a little bit of backup against the hordes of rampaging…everyone…that infests The Commonwealth.

But which one is best? Here’s the final list, the last word, the 100% unarguable objective list of Fallout 4 companions, from worst to best.

‘Lets take one of the worst characters from Fallout 3 and show him all grown up in Fallout 4’. Yeah let’s not. He’s just as annoying as in the 3rd game, and now he’ll follow you home and take up valuable Sanctuary space if you let him. Send him back to Little Lamplight I say, no time for him.

She’s got attitude at least, but she makes up for that with being a bit too up in your grill. She’s not a fan of other people, or non-violence, or not taking loads of chems, so feel free to take her along with you. But be warned, she’s not a nice human being.

The only real problem with X6-88 is that you spend the whole time with him wishing he were HK-47. It’s fine to have an evil robot, but whenever you see an evil robot there’s a worm inside you that just whispers ‘I miss HK-47’. That doesn’t mean there’s anything particularly wrong with X6-88, he’s just fine y’know? He’s ok.

Still just only ‘ok’, but he gets a bit more of a pass due to his ever evolving outfit collection. Also he’s on the right side of history, the Railroad are just the good guys, don’t @ me.

Curie gets bonus points because she’s a cool robot that just wants to help with the power of SCIENCE. Also you can smooch her up, so maybe that’s something to consider for all you robolovers out there. When I encountered her I did hide for a bit though, cos I thought she was hostile and was about to blast a hole in me. Nope though, she’s a friend. A big white sphere friend.

Look he’s a dog so that makes him the winner right? Nope, his awesome points for being a dog get outweighed by him not having any character progression or character quest, making every second you spend with him feel like a bit of a waste. You could be unlocking Nick’s quest or dressing Hancock up instead. If only there was a reward for taking Dogmeat out with you, other than doggo joy.

Strong’s awesome for his strength. All the games since Fallout 2 have featured a Super Mutant companion, from the Worf-voiced Marcus of Fallout 2 tot he Worf-voiced Marcus of New Vegas. Strong is strong, and he’ll bash your enemies leaving you free to loot and dance and do whatever it is you want to do in Fallout 4. The only bad thing about Strong is that I found loads of armour for him before getting him, which kinda ruined the surprise that he’d be joining me. But that’s a tiny niggle.

Codsworth wouldn’t be the highest rated Mr Handy droid in this list if it weren’t for him saying your name. It actually gave me chills when he greeted me with a hearty ‘Mr. Alex’. It’s a simple trick, but it’s done well and makes him feel like he knows me and that he and my character share a history. His glee and breakdown when meeting you after the opening of the game gives a bit more depth to the character too, making him overall a Good Robot. Be kind to Codsworth, he’s fragile.

The best worst journalist in The Commonwealth, Piper is a journo from the old school. She’s all about investigative journalism, she’ll get to the truth no matter what, all the time caring about her little sister. She’s a top companion, and she’d be further up this list if her prose wasn’t just atrocious. Seriously, someone hire her an editor, post-apocalyptic newspapers deserve better.

The best robot in the list, he’s a saint is our Nicky. A robot with heart, a robot with soul. Admittedly someone else’s soul, but it’s a soul nonetheless. Working the beat as a PI, you join him and help out with a bit of the old Private Investigations. He’s probably the only ‘pure’ person on the planet by the time Fallout 4 starts, and who wouldn’t want to help that charming robot gent as he flatfoots around The Commonwealth? He’d be number 1 in our list, except for one person…

That’s Mayor Hancock to you. The most stylish gent in The Commonwealth, with a fine hat and a musical all about him (but don’t tell him about that last bit, he’ll just get a big head). He introduces himself to you in the best way possible, stabbing someone giving you hassle. He’s a loyal friend, a peaceful buddy, and also a violent chap. He’s a dichotomy is Hancock, but that just adds to the allure. Just look at those black eyes, who can resist?

That’s it, your definitive list of best companions in Fallout 4, and we can see from this scientific analysis that Hancock, is best.

You can get Fallout 4 here, for an apocalyptic price.

WHAT A GOOD DOG