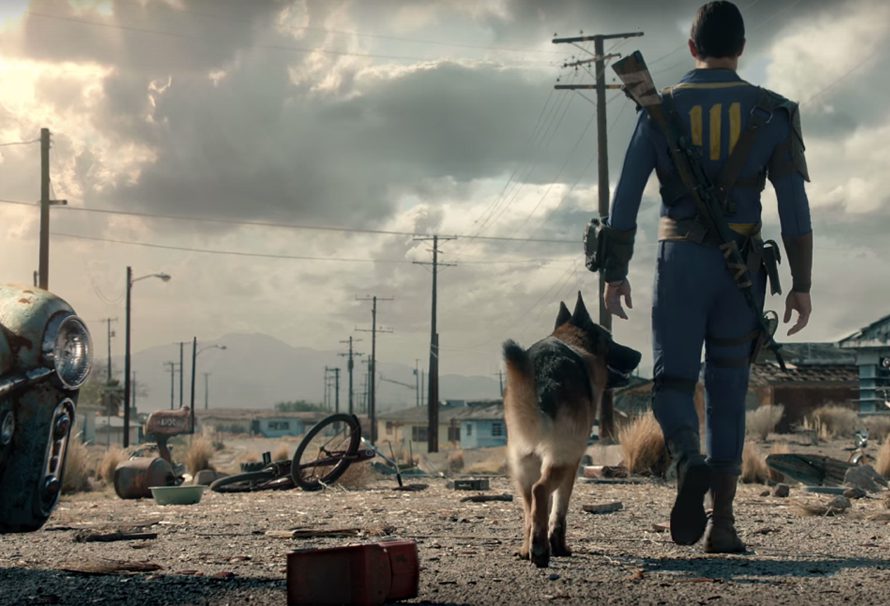 The Fallout series has had some highs and lows. More highs than lows, but there’s still some.

Obviously games are a subjective thing, you like what you like and it doesn’t matter what anyone else says about a thing. If *you* love it, then that’s good enough and lists are basically pointless things just made to drive arguments.

That said, here’s the OBJECTIVE list of Fallout games, from worst to best.

Lets start it off with a sad but honourable mention, Van Buren was the Fallout 3 that was in the works by Black Isle. It never saw the light of day unfortunately, as Interplay shuttered the studio and sold the rights off, meaning we’ll never see the Prisoner’s adventure, nor will we see the war between the New California Republic and the Brotherhood of Steel. But not all is lost, plot details and screenshots made it out into the world, and some of the story elements did get incorporated into Fallout: New Vegas.

It’s last here just because we never got to play it.

Right, now we’re onto games that were released. Brotherhood of Steel is an action RPG similar to Baldur’s Gate: Dark Alliance. The first Fallout game to make it to console, it didn’t have a great reception at the time, and it has since been rendered as non-canon entry in the series. Taking a different approach to the other, turn based games of the time, it was a more linear experience taking you through 50 areas as you smashed and combatted your way through the story.

Fans didn’t like it so much though to the point where now if you mention it, you’ll get blank stares.

To be honest I only put this in here so that I wouldn’t get comments like ‘I can’t believe you forgot Fallout Shelter’.

Fallout Tactics, at least in the way the game is presented and how combat works, is very very similar to Fallout and Fallout 2. It’s turn based and uses similar skills to those entries. So it should be higher up on this list yeah?

NO. It’s non-canon again so that means that it’s out of the running, sorry Tactics! The combat is good and fleshed out like the other turn based entries, which is just as well because it’s Fallout Tactics not Fallout Chat With People. Taking a mission approach, you join the Brotherhood of Steel and work your way up the ranks, eventually dealing with a threat that has been building in power; the mysterious Calculator.

Alas again, it’s the forgotten child of the Fallout universe.

Fallout 3 was Bethesda’s first foray into the Fallout world, and changed almost EVERYTHING.

Fallout 3 switched the location from the West coast to the East coast, made the character nothing to do with the Vault Dweller or Chosen One, and biggest of all changes, made it first person.

Derided by fans as ‘Oblivion with guns’ before release and lauded as ‘the best game ever’ after launch, the truth of course is somewhere in between. It had some wonderful moments and areas to explore, but it also took a bit of a backseat in regards to roleplaying and story. Also the combat suffered a little from the change to first person, leaving in between being a shooter, and an RPG, but excelling at neither.

It’s a good game, but it’s not the best Fallout game.

Fallout 4 took everything that Fallout 3 did, and made it better. The world is more cohesive, the story more interesting, the size of the world made it feel like a real place and less like a theme park. It also brings back some of that nice inter-faction play, with a whole load of competing factions wanting your time.

Also it’s got Piper, the best worst journalist on the planet.

Altogether, Fallout 4 is Fallout 3+. If the move away from isometric turn based RPG-ness doesn’t float your boat, then you still won’t be happy with Fallout 4, but it’s a pretty great game y’know? Loads to do, fun people to shoot, other less fun people to shoot, and you can build a HOME for your friends.

This is it, the one that started it all (sit down, Wasteland). Described by one PC gaming magazine as ‘Doncaster on a night out’, Fallout laid down THE formula for post-apocalyptic role playing games, and we haven’t looked back as a species since. It’s sterner in tone to any of the later entries, but it does find time for some fun. It introduces much of what became staples of the Fallout series, the Vaults, Dogmeat, The Brotherhood of Steel, Mutants, Deathclaws.

It’s got a sense of sadness to it, when you visit locations like The Glow or see The Boneyard, you get the real sense that this was a world, and it’s no longer anywhere worth living.

Featuring the creepiest antagonist in anything, ever, and the most bittersweet ending known to videogames, Fallout’s ace, and you should play it.

The dream team is back together! Made by Obsidian who are made up of a large proportion of ex-Black Isle devs, New Vegas takes the Fallout 3 formula and transplants it into somewhere a bit more cohesive as a world, the Mojave desert.

OK it’s a big empty world, but at least it feels like it’s inhabited, and it makes a kind of sense. Featuring some of the stuff meant to be in Van Buren and a whole heck load of Jingle Jangle Jingle, this’d be the best game in the series if it weren’t for the fact that it was probably a bit rushed out of the door, there’s a fair few bugs that made it into the release version, and they’re still there.

That said, it’s an amazing place to be in and the Mojave desert feels a lot like home now. It’s got factions competing with each other, multiple endings, it feels like a return to the Fallout formula in a way that Fallout 3 didn’t at the time.

Maybe that makes it a bit of a backwards step in some ways, but the Fallout formula is so good, why step anywhere else?

That’s why this is the best of the Fallout series. Don’t get me wrong, the rest of the game is also amazing, a town of ghouls, an underground town of humans, a quest to explode a toilet to retrieve a watch, the ‘aliens’ hiding in a mine. It’s a brilliant and fun world to be in and unlike the previous game in the series, it lifts the time limit and lets you really explore the world. That sense of sadness has eased somewhat too, as people are beginning to put their lives together again, and it’s a wonderful place to be in and to explore and have adventures in.

But then you get to New Reno and the game goes from ‘great’ to ‘stratospheric’.

ALL THIS AND MORE.

New Reno is the playfulness and the darkness and the grim humour turned up all the way, and after you’ve been there, simply no other Fallout will compare.

So there you go! The DEFINITIVE Fallout list telling you finally, once and for all, that Fallout 2 is the best.

Disagree? Let us know in the comments below, or on social media!