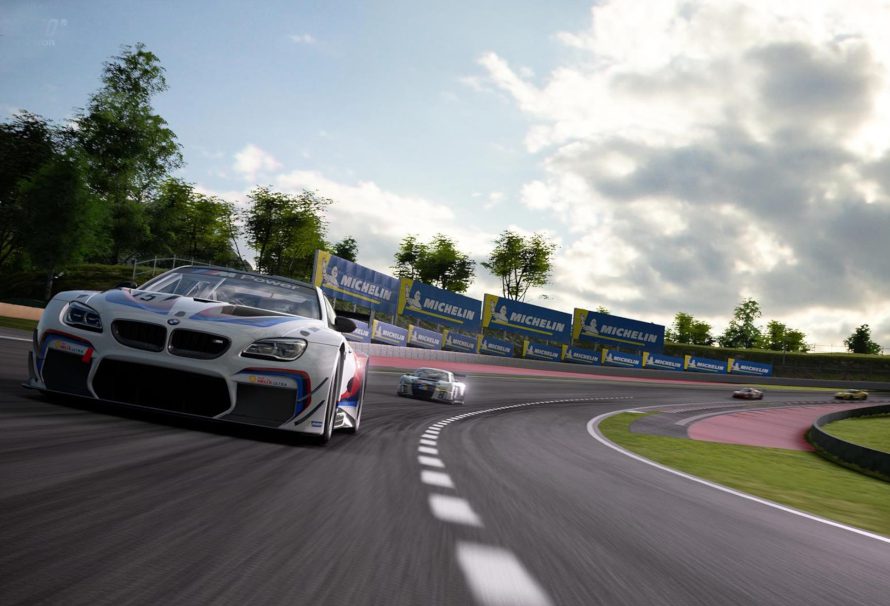 Gran Turismo may be the racing game for the sophisticated racer, but sometimes you’re in the mood for speed and power. At times like that, you want to hop into the beefiest car you can find.

Here’s our look at some of the fastest and best-performing cars in Gran Turismo.

Many GT players have fond memories of the FTO LM as a reliable powerhouse, offering an excellent balance of speed and handling. With a 549 brake horsepower engine, it could be outclassed on raw speed by a suped-up supercar on a straight run, but offered a total package in every other scenario.

The Mitsubishi can be obtained as a prize in the US-Japan Sports Car Championship. The FTO LM only features in the first two Gran Turismo games and is replaced with the LM Race Car in GT3.

The iconic ‘96 Dodge Viper has an instantly recognisable look and popped up in several contemporary games—even in an ersatz form, as with Grand Theft Auto’s Beast GTS. Sleek, stylish, and with 680 brake horsepower under the hood, the Dodge Viper GTS-R wasn’t the fastest car out there with stock tuning but could hold its own against more powerful cars in overall performance.

Players could pick the Viper up at the Dodge Dealership for 80,040 credits.

This car left an impression in its only outing in the Gran Turismo series. Offering a top speed of 255 mph, a 1.5 second 0-60 and rounding it out with four-wheel drive, it provided an excellent balance of raw power and precision handling.

Players could get their hands on the Escudo Pikes Peak at the special section of the Suzuki dealer for a cool 2,000,000 credits.

The Escudo Pikes Peak enjoyed an undisputed place at the top of the heap in GT2, but the R390 was prepared to give it a run for its money. The R390’s disappointing first outing at the Le Mans is totally forgotten here, with its full potential on display, and a top speed of 225 mph.

Players had a 25% chance to win this car through the Gran Turismo World League.

The brother of the Escudo Pikes Peak makes an unsurprising impression as the fastest car in Gran Turismo 3. With 981 brake horsepower and a design suited for tackling mountains, the Escudo offers excellent tune-up opportunities that will turn it into a true beast. If you don’t feel like winning it in various events, you can purchase it for 1,000,000 credits at the Suzuki dealership.

A cool hidden car and one unique to the PAL version of the game, the Polyphony001 is broadly modelled after the 1996 Williams FW18 that helped Damon Hill net a win at the Formula One World Championship. With 790 brake horsepower, it can make 0-60 in 2 seconds flat. It can’t be purchased, but turns up as a prize in several events.

The ZZ-II may be a familiar sight to GT fans by now, but it first appeared as one of the fastest cars in Gran Turismo 4. Boasting 542 brake horsepower and a top speed of 215 mph, this car can only be obtained by winning the Rome Circuit race of the Gran Turismo All Stars event.

The Gran Turismo team’s take on an F1 car features an 891 brake horsepower engine capable of smashing the Nürburgring Nordschleife in under six minutes and you can pick it up by winning the Nürburgring 24h Endurance event. However, you can’t make it your own through tuning. Reaching 100% completion in GT4 will also net you this car in sexy black.

Unbound by laws of man and god, the Red Bull X2010 (originally branded X1) is a fascinating thought experiment. It’s a wholly imaginary car, and Gran Turismo creator Kazunori Yamauchi puts the concept best: “If you built the fastest racing car on land, one that throws aside all rules and regulations, what would that car look like, how would it perform, and how would it feel to drive?”

The answer: something with 1,557 horsepower with a top speed of over 280 mph—and which looks more at home in Wipeout than Gran Turismo.

Three variants of the car are available in Gran Turismo 5, one each for placing bronze, silver, and gold in the Sebastian Vettel X Challenge

The Veyron spent some time as the fastest road-legal car in the world, and you may recall Jeremy Clarkson tooling around in it as he raced a light aircraft to London. Its sheer power translated to Gran Turismo, but with one major caveat: you needed to be good with the brakes. The Veyron’s 986 brake horsepower engine is a nightmare to wrangle around a corner at racing speeds.

Brave players could get their hands on the Veyron via the Gran Turismo World Championship in the Professional Series in A-Spec. For a mere 2,000,000 credits, you could also occasionally grab it from the Used Car Dealership.

Unsurprisingly, RedBull’s ludicrous fantasy car also shows up as one of the fastest cars in Gran Turismo 6, albeit with improvements to make it even more ludicrous and fantastical. With a 1,556 horsepower engine, this beast is available for 6,000,000 Credits. The car isn’t a complete internal overhaul on its previous iteration, featuring only a few small tweaks to squeeze every last drop of performance out of the design.

A jet fighter in car form, the Tomahawk offers over 2,500 brake horsepower and a staggering 350+ mph top speed, making it the fastest car in Gran Turismo Sport and the most powerful car to appear in the series. At this point, we’re not sure if it’s a car or a podracer. You can get your hands on this beast at the Vision Gran Turismo shop for 1,000,000 credits.

As if the Veyron wasn’t enough of a beast, the Vision makes its debut as one of the fastest cars in Gran Turismo Sport and one of the most powerful cars to ever appear in the Gran Turismo series. You can take Gran Turismo as your only chance of getting your hands on it. The Bugatti Vision boasts a 1,626 brake horsepower engine and cutting-edge racing tech.

If you aren’t a real-life Saudi prince, you can purchase in the Bugatti section of Brand Central for 1,000,000 Credits.

Watch out, though. At these speeds, things get hairy.

It stands to reason that only the most powerful car in the series could edge out the Bugatti Vision for the top spot. The SRT Tomahawk X returns in GTS as if to show the Bugatti Vision that it’s still the top dog and, boy, does it do just that.

This time, it’s available from the Dodge shop for 1,000,000 credits. Which is good to know, because you’ll need to do more than buff out the bodywork by the time you’re done with it.