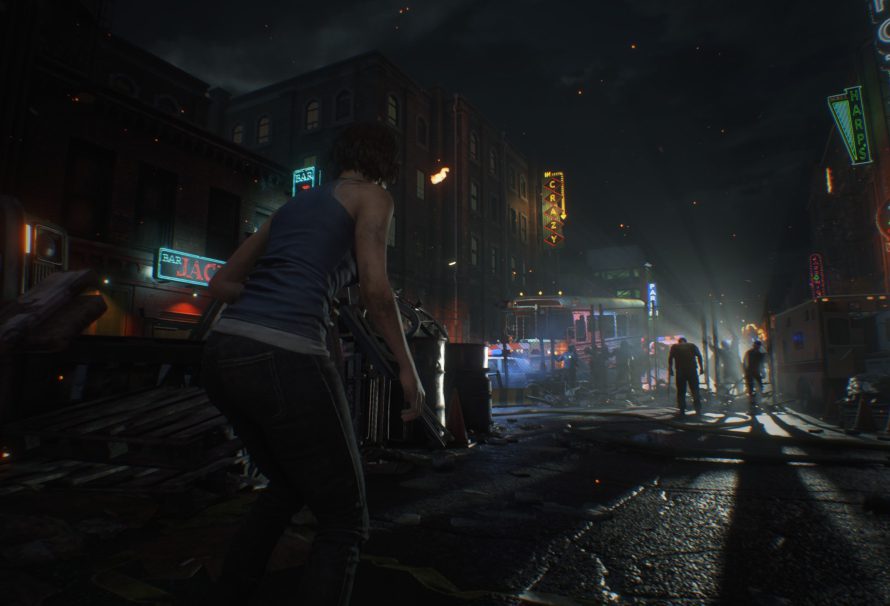 The Resident Evil 3 Remake is right around the corner, and if you’re anything like us you’ll need a little reminder of who the main cast of characters are that you’ll be spending your time with. It’s been a long time since 1999, so ready your weapons and let us guide you through the main Resident Evil 3 Remake characters and cast you’ll be meeting again in Raccoon City.

Introduced in the original Resident Evil as one of the main characters, Jill serves as the main character in the Resident Evil 3 Remake and the character you’ll be spending the most time with. Resident Evil 3 Remake’s Jill has had a makeover since her PS1 years, but she’s still the rough and tough Delta Force and STARS operator we grew to love all those decades ago. Now she’s facing a new threat as she attempts to flee Raccoon City ahead of a deadly outbreak of the T-Virus, and worse, something is hunting her down…

Resident Evil 3 Remake’s Carlos has some unfortunate associations. By the time protagonist Jill Valentine meets him things have gone from bad to worse in Raccoon City and Carlos was right in the thick of it. As a member of the elite Delta Platoon he was sent with his team into the city to clear up the T-Virus infestation, all at the command of the Umbrella Corporation. Jill finds it hard to trust him, but he wins her over as she learns he had no knowledge of Umbrella’s actions and was just a pawn in their plots. Will they make it out of the city in time, or will they be caught by what’s hunting them? Speaking of hunting…

The titular character from the original 1999 Resident Evil 3: Nemesis, this big chap is someone you’ll be seeing a lot of. Usually when things are going wrong for you. Created by infecting a Tyrant with a Nemesis parasite, this super soldier isn’t just a walking wall of destruction, it’s got a brain too. Similar to Mr. X in Resident Evil 2, expect to see Resident Evil 3 Remake’s Nemesis throughout the game as it hunts you relentlessly through the chaotic streets of Raccoon City. There’s no rest for Jill and Carlos with Nemesis lurking out there, ready to attack and rip the life from you at any moment. Armed with an increasing armament and immune to most forms of damage, the real test of the Resident Evil 3 Remake is how to survive the Nemesis.

Now you’ve got a refresher on the main Resident Evil 3 Remake characters you should be ready to hop into the re-envisioned game when it releases on the 3rd of April, 2020. Remember though, as it was in the second game to be remade, you can’t rely on your memory alone as we’re sure Capcom will have some surprises in Raccoon City.