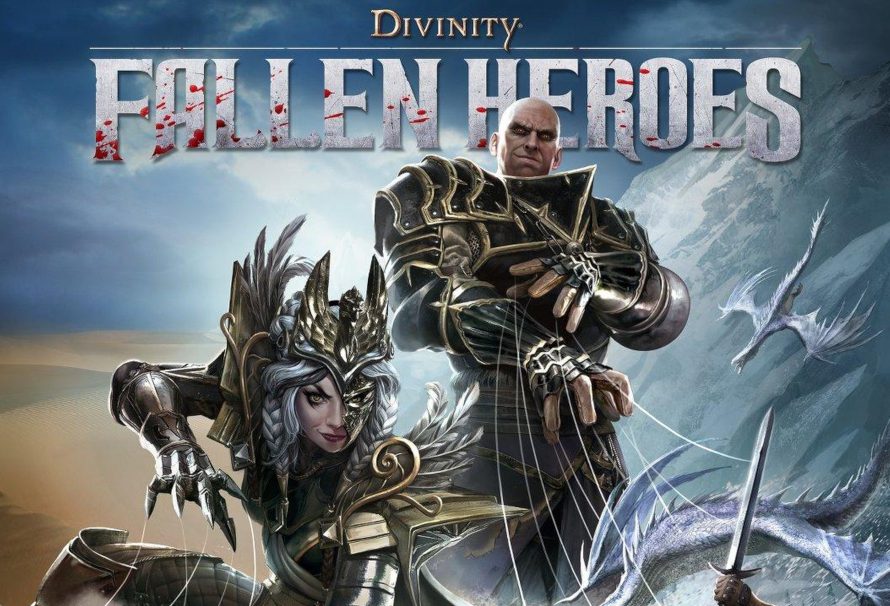 Here we are again in the approach to a brand-new Divinity game. This time though, things are a little bit different. Instead of the huge sprawling open world RPG that we all know and love, Divinity: Fallen Heroes is a much more personal affair. While the game-play is a little bit different, fans will be glad to hear that the story is very much classic Divinity – at least what I got to see today anyway.

The game is set two years after the end of Divinity: Original Sin 2. There is now a canonical ending to that game too with Lucian being in power and source having been removed from the world. This means that the world has had a somewhat peaceful ride for the last two years because ne’er-do-wells have been living in fear of The Divine. Naturally, all is not what it seems.

You are a commander and have been sent with Ifan and Lohse on a mission to catch Malady and take control of the Lady Vengeance. If you haven’t played the DoS 2, these are all familiar faces, even the ship. Having taken control of the vessel it becomes apparent that something is off, it has all been a little bit easy. It turns out that there has been an attack on Lucian and the city he resides in, you have to rush back in order to do something.

This is where the new systems get interesting. You hold council with the two heroes and while Ifan thinks you should protect Lucian, Lohse believes it better to go to the harbour to save the civilians. You get to make a choice, your choice effects the mission you do and the rewards you receive. This, my friends, is how the branching narrative now works.

Apparently, a single play-through may only take you 15-20 hours, but you’ll only see around half the missions in one play-through. To see everything, you will need to delve into the different branching paths. Every choice you make with the council matters, and there are lots of choices to make.

Combat itself is very much what you would expect from a Divinity game. You take turns to try and stop your opponents. Though, here there are objectives to fulfil, instead of just hordes of monsters to slaughter. You know take you turns as a team too, you get to move all of your units, then the enemy does the same. Each unit has its own allotted amount of action points per turn and you get to play with all of them before ending your turn.

You may notice I said units. That’s because there are now three levels of units. You have your heroes who are named characters like Lohse and can die germanely. You have veteran units, also named characters who can also die off. Then, you have your basic troops, nameless fighters who are as close to expendable as you’ll ever get in a Divinity game. It leaves the game feeling a bit different to the previous versions.

The idea of perma-death is certainly reminiscent of Fire Emblem or X-COM. Almost the same with the different groupings of units too. It’s a fascinating change that gives you far more control over your heroes and their abilities, but also makes them much more fragile comparatively. They will be your strongest units but losing them is going to hurt the most. It is an exciting idea that will no doubt impact story options and paths too.

There are new abilities to play with, guns are now a thing, and there is even a new surface to mess around with. It’s clear that this isn’t so much a new direction for the series, it is just an incredibly entertaining hidden path instead. It is Divinity, but not as you know it.

It will still have co-op, but only two players this time around. You both get a hero to control while you share control of the lower units. Where it really gets interesting is when holding council with your heroes. If you and your friend disagree, then it will come down to how the council members view you. Anger them and they may side with your friend, keep them friendly and you will have the deciding vote.

The important thing is, the missions are still utter chaos where fire can appear from nowhere and your knowledge of the physics in game are essential. Knocking enemies around with a blunderbuss is made all the more entertaining if you can blast them into a pool of fire. The new surface creates a kinetic explosion that knocks those on it away, so you could potentially knock enemies into the sea, or off a ledge. It feels great. # Divinity: Fallen Heroes is still very early in its development, but it is already one of the most exciting upcoming games around. Larian Studios are masters of their craft, and this game feels no different. Fingers crossed they make a deal with the devil in order to get it done sooner. In the meantime, I am off to playDivinity: Original Sin 2 for the 250th hour.