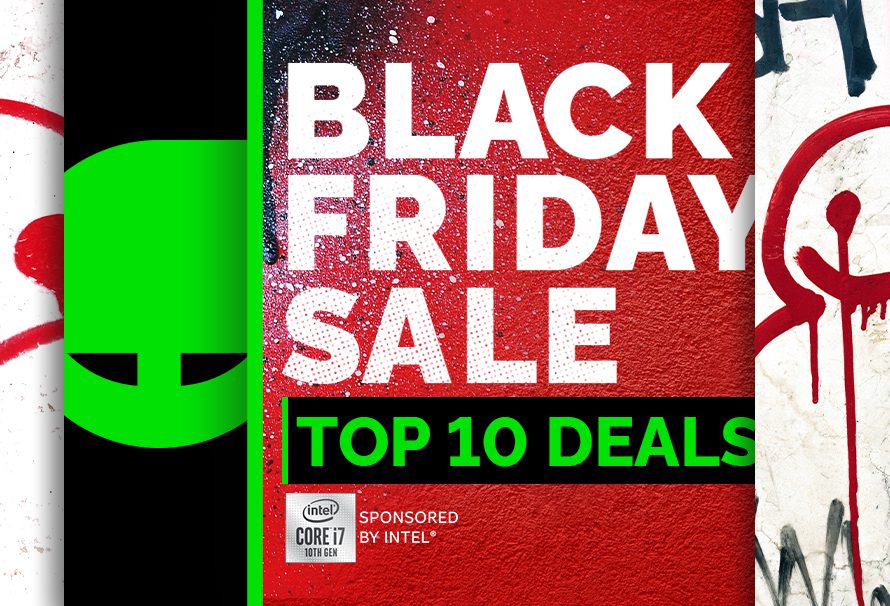 Has the fever hit you yet? Are you foaming at the mouth for the best deals on the internet? Here at Green Man Gaming, we wanted to make sure you get the ultimate bang for your buck. How does five free games with your Black Friday purchase sound?

When you buy a game that has the +5 in the top left corner you will receive an Intel Starter Pack code with your order. Take that code, navigate to the Intel Starter pack redemption page, and you will be able to choose a further 5 games to keep forever, for free! How’s that for value?

The Intel starter pack games available will regularly change and will only be available while stocks last, so don’t delay if there’s one you want, it might not be there tomorrow.

But what about the deals themselves?

We have some great prices coming on top games. The best way to make sure you get the best price will be to add the game to your wishlist, that way we can keep you updated with the deals you actually want, so you don’t miss out. To help you sift through the noise though here are our top 10 favourites to look out for.

With a brilliant mix of RTS and turn-based combat Age of Wonders has been one of our favourite games to play this year, and with it’s first DLC Revelations dropping earlier this week now is the perfect time to jump in and start your own space odyssey of conquering and domination.

Recently nominated in the 2019 Game Awards for ‘Best Narrative’ this gritty look at English occupied France in the 1300s had us all gripping our mice and keyboards a little tighter. It’s a tense journey about a brother and sister fighting to survive through a brutal world of death and misery.

If vampires, Dystopian post-apocalyptic open-worlds and anime eyes are your things then how did you miss this the first time around? Probably cause you were waiting for a good deal on it. You’re welcome!

Released the same day as the main game went free to play, Shadowkeep was released to resounding success as new players flocked to this massive online multiplayer game. If you’re also looking to make some new friends Destiny 2’s community is one of the best on the planet and was even nominated for Best Community Support in the Game awards.

This Slick action series has over the years defined what an action-adventure hack and slash game IS, and entry number 6 in the franchise (5th in the main in the mainline series) is no exception. If you’re not convinced a quick google search will reveal an 88% Metacritic rating, making it a not to miss for this year.

Does anyone actually not have this game yet? Seriously, the wildly popular Capcom title is considered a must-have for any RPG enthusiast. Bringing a unique blend of massive boss fights, online multiplayer and RPG elements together, and with the Iceborne DLC PC release just around the corner, there isn’t a better time to immerse yourself in the world of Monster Hunting.

Arguably the best remake of any game to date and the second Capcom entry in our top 10 Black Friday Deals list, RE:2 took one of the most popular Resident Evil games and perfectly modernised it with absolute care and attention, creating one of the best games of 2019. Even the Game Awards think so and was nominated for Game of The Year.

Are you into punishingly difficult games? Do you laugh in the face of DOOM’s Nightmare mode? Do you completely hate yourself? Well, then Sekiro might be the game for you. Another Game Of The Year Nominee, Sekiro made Ninjas cool again with its incredible art style and heavy emphasis on combat difficulty.

One of the most popular games this year, Borderlands 3 is the massive looter-shooter that has once again continued to define the genre itself, with its zany characters, crazy visuals and obscure jokes, it’s guaranteed to give you an outrageous time over the holiday season.

Even though the game has been out for over a year, it’s still one of the biggest PC releases of 2019, bringing the highly detailed cowboy adventure to PC players with a new Photo Mode and optimised graphics, you can get yourself right in the gun fighting action, or just sit back and enjoy the views in our top pick for the Black Friday Sale.

So what games are you looking out for this Black Friday? Comment below and head over to the Green Man Gaming Community Site to see what all our gamers have to say. The Black Friday sale runs from 22nd November through to the 3rd of December. Happy Deal Hunting Gamers!