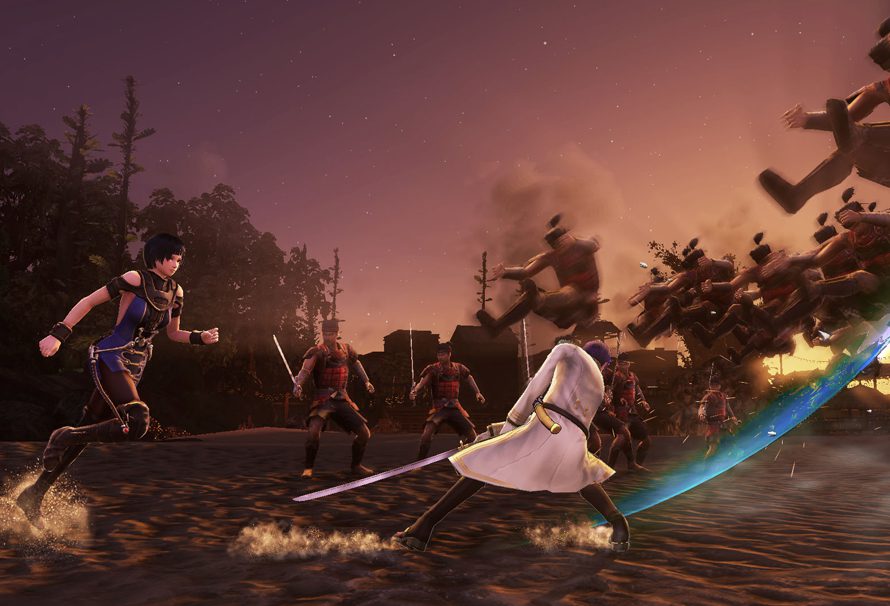 Warriors All-Stars released last week, and the game features an all star cast from some of the best titles that Koei Tecmo have released over the past few years. If you are new to Koei Tecmo’s approach to the hack ‘n’ slash genre then this guide will come in very handy. If however, you are a seasoned warrior then we also suggest reading on as there have been some brand new features that you won’t familiar with.

At the start of Warriors All-Stars you have 11 characters to choose from, and this can be a pretty daunting task as you do feel as though you are spoilt for choice here. The decision may even be harder for players who are unfamiliar with some, if not all of the characters that stand before them. So you can either pick a character you like the look of and wing it (you can always restart if you don’t get on with them), or we have highlighted what we think are the best starter characters to use.

If taking your enemy head on with melee weapons is more of your game, then we suggest starting with either one of these characters.

If you prefer to take your enemies out at a distance then why not use either of these characters.

It is good to note that all characters have their own storyline for players to progress through. Don’t panic if you feel that the first character you pick is not for you.

A new feature that has been added to the Warriors franchise, Hero Cards are used to power up your character’s skills. Only one card can be equipped to a character at a time and each of these cards has their own attack power and sometimes their own buffs.

Cards are collected by completing missions and side quests. They can be sold for gold which in turn can be used to buy better cards for your characters. We do suggest that if you find a favourite card that you stick with it however, as the more a card is used the stronger it becomes.

Levelling Up Your Bravery

As well as the Hero Cards and the standard levelling up system that feature in Warriors All-Stars, each character has their own bravery stat which can be levelled up as well. Bravery resets at the start of every mission and it is up to the player to level it up as the mission progresses. We strongly suggest levelling up your bravery, as particularly strong commanders and boss characters will also have a bravery level that you will either need to match or surpass in order to get the upper hand over them.

Bravery can be raised by taking bases, defeating enemies and beating key characters with a bravery level that is lower than yours. If you are into your MOBA games like Smite for example, you may be familiar with this kind of leveling system already.

In between missions Warriors All-Stars features an overworld map for players to explore. As players progress through the main story missions, the overworld map will open out giving players a lot more to explore. Whilst you explore the map you will come across side quests and hidden missions to take part in. These range from monster nests to treasure hunts, giving the player a good dose of variety.

Hidden missions will randomly spawn as you explore the overworld, once you come across one, you best jump in on it there and then, as they have a nasty habit of disappearing. Reaping the rewards from hidden missions is a must as you will be given rare items upon completion.

We hope that this guide will help you start off your new adventure in Warriors All-Stars. If you have any tips you would like to share then please drop us a comment at the bottom of this page.

If this article has inspired you to play the game, then why not grab your own copy from the Green Man Gaming Store.