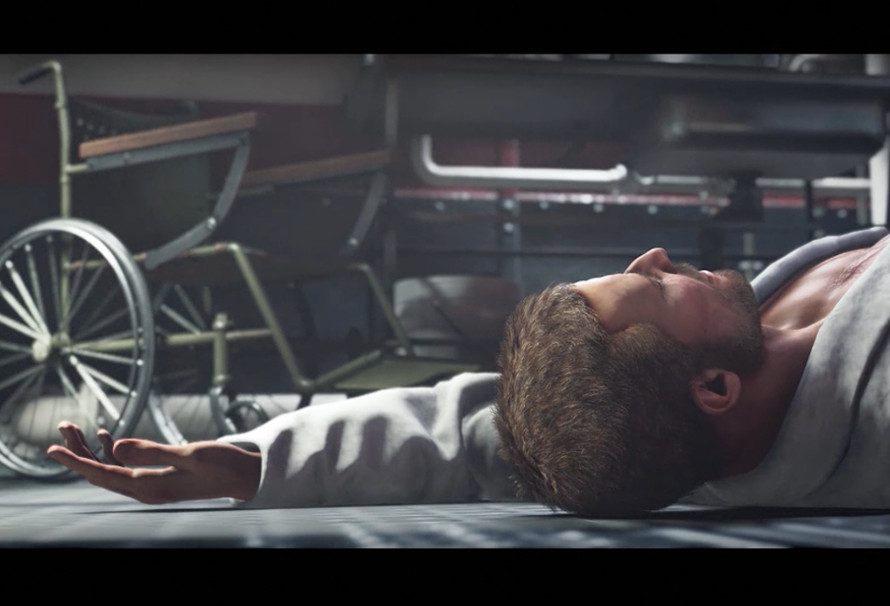 We’ve played Wolfenstein II: The New Colossus, and are here to give you some tips on how to get the best out of the game and how not to die over and over like I may have done. Read this and you could probably kick off on one of the harder difficulties from the get-go, and how impressive would that be?

Wolfenstein II is a game that doesn’t skimp on the interesting details. The world-building is one of the biggest pulls. What would it be like if the Nazis won the war and conquered the United States? Walking through an American street you can see films glorifying the invasion, commanders drinking strawberry milkshakes in diners, and an armoured nazi soldier grilling two KKK members on their German pronunciation. Take a while to absorb these fascinating and sometimes funny details. Also be prepared to play interesting levels like being in a submarine stuck in a wheelchair, or that FPS staple: the train level. 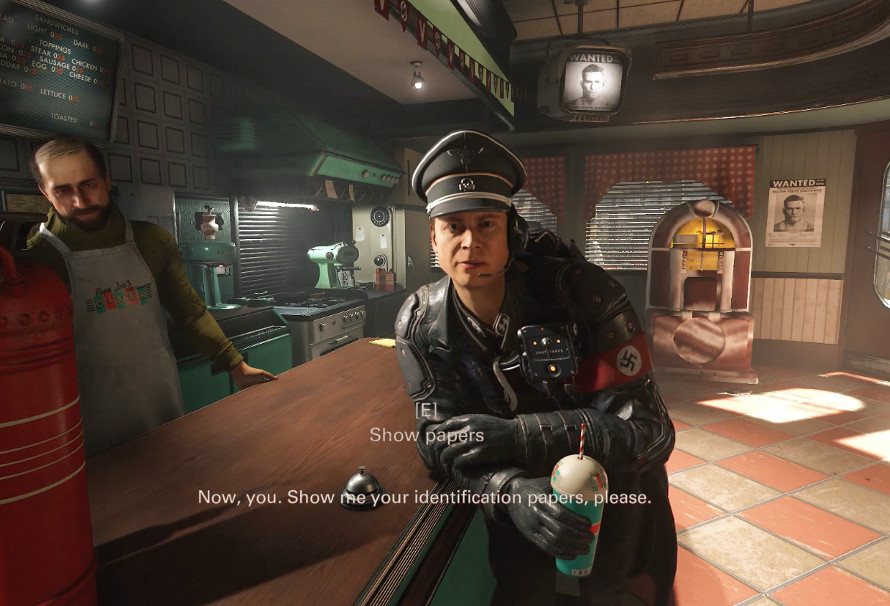 Once you’ve learned all the German names of your guns (Maschinenpistole, Dieselkraftwerk), it’s time to start trying them out. You’ll pick up weapons quite quickly, and with the ability to duel wield different guns, you can’t just learn one or two. There’s your standard pistol, SMG, assault rifle, shotgun, grenade launcher and grenades, but each gun can be upgraded using upgrade points, and they will have various additions to make them more lethal. Some are quite functional like extra ammo in magazines, but some are very fun like ricochet bullets for shotguns, or allowing you to shoot three rounds at once. I took double shotguns with all the upgrades and I was one-shotting the elite enemies in the back, as the 6 shotgun rounds slammed into their weaker rocket fuel tanks, erupting them in fiery death.

Work on your Perks

Perks make a return after featuring in The New Order, and then more heavily in Old Blood. Perks are mini objectives that give you boosts and new abilities, that promote your style of play. So for example, the more stealth kills you get, the faster you can move whilst crouched. And when you get so many melee kills, you can start throwing knives. There are perks that increase your health, armour and speed. Not only will you get a nice boost of abilities just by playing the game a certain way, but it gives you fun little side-objectives to complete, so you’re not just sticking with your tried and tested method for the whole game. 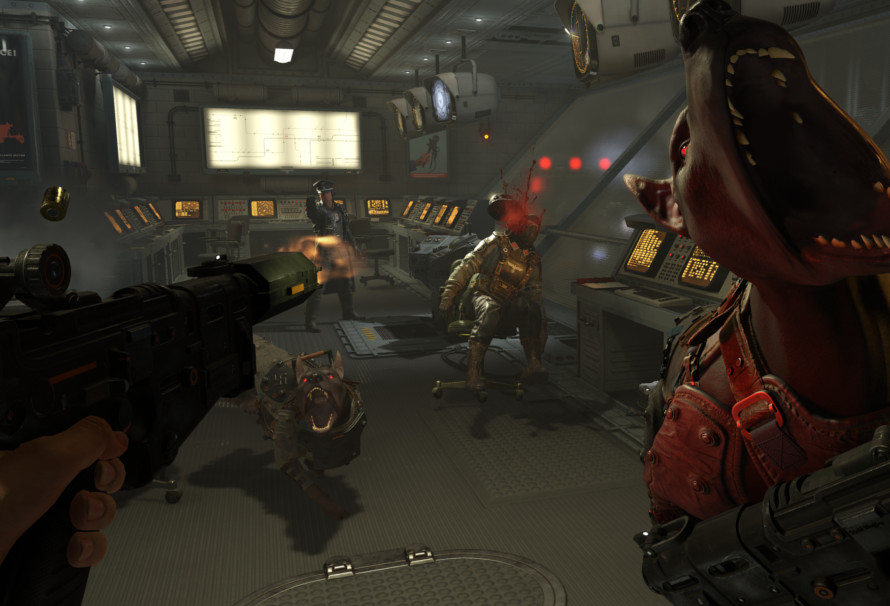 The various nazi forces are mixed together throughout the levels, and will force you to change tactic and weapons on the fly. Since I didn’t have the chance to catch all the names of the enemies, I’ll use my own nicknames, but here’s some tips for dealing with them:

These are the bread and butter of the nazis. Moderately fast, armoured and armed, can be one-shotted with shotguns or blasted with about half a clip of the SMG.

Thin, extremely fast robots that zip around you firing deadly lasers. Miss too much and they’ll wear your armour down to nothing. Best way to take them out? Get up close and melee.

The huge hulking mech-suit enemies can prove a problem, especially if they’ve seen you. If you’re using SMGs or shotguns, aim for the head and keep shooting. They’ll charge at you and knock you down, so be prepared for dodging to the side, and getting some free shots on their explosive canisters on their backs. They drop little bits of armour and a big ol’ laser gun too.

The commanders are hardly armoured at all and only carry a pistol, but they’re normally squirreled away behind their forces. Vitally if the alarm is raised killing the commanders is the only way to shut it off. They also drop Enigma codes which count towards a perk. 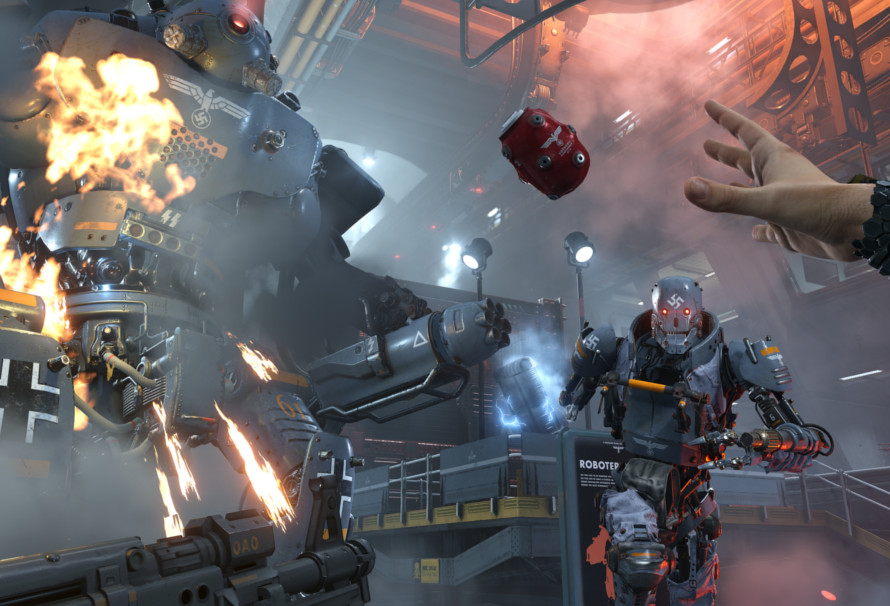 There are some other mechanics that you may not be familiar with if you haven’t played a Wolfenstein title that may be good to know about. For example, when knocked on the ground from explosions or the Big ‘Uns, you can still shoot whilst prone, so you can take care of enemies swiftly before getting back up. Another tip, B.J has some robotic upgrades to his own body, so his movement speed and jump height is vastly improved. Use this to your advantage and dance around your enemies so you can get behind them. Melee can be very useful for staying stealthed, but also for taking out enemies that you have trouble shooting. Also when you’re in a melee animation, you can’t be shot, so it gives you a pause to quickly change tactics.

That’s my tips for getting started in Wolfenstein II. We’ve played the game so any questions go ahead and ask below!