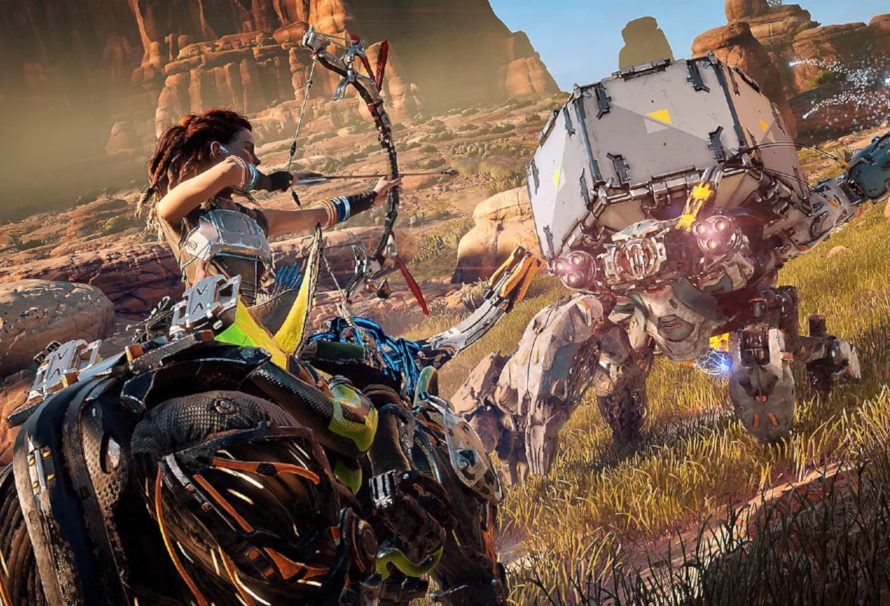 The past meets the future in Horizon Zero Dawn, an open-world game based in the not so near future where humanity is reduced to various tribes with scattered access to future technology. It launched to much acclaim in 2017 on PS4, but recently, rumours have been swirling about a potential PC port for the game.

The decision would make sense as the big three console makers shift towards accessibility and move away from software exclusivity. With Microsoft’s exclusives launching on PC via Xbox Game Pass PC, it’d be great to see Sony follow suit and put their first-party titles on other consoles, starting with Horizon, one of this generation’s most successful exclusives.

The main reason people are excited about the potential of a PC port for Horizon Zero Dawn is thanks to a recent Kotaku report from Jason Schreier. In the article, Schreier cites three sources “familiar with Sony’s plans” who spoke anonymously to the outlet about the project. It’s thought that the game is now headed to PC after establishing a gigantic following on the PS4. The article also claims that the game will be on both Steam and the Epic Games Store at launch, meaning there is no platform exclusivity for the game, even on PC! This is interesting, especially given that Quantic Dream’s games are currently only available on the Epic Games Store.

Horizon Zero Dawn was Guerilla’s first game outside of the lukewarm Killzone franchise – an extremely brave open-world RPG with a delightfully unique setting. Aloy, voiced by Ashly Burch, is a magnificent character who really sells the hero’s journey of the game as it delves into a myriad of mysteries and secrets about the world that came before this mechasaur dystopia.

On the PS4, the game was well renowned for being graphically impressive, but technically it had limitations. The game only ran at a paltry 30 FPS, which will be unlocked as it shifts to the more open-source platform.

As of speaking, the only information we have about the game is thanks to a report with anonymous sources. It arrives from Kotaku who are known for their leak reporting so it’s reasonable to think that this is a real possibility, but you should still take it with a few grains of salt.

This means we don’t have any word on a potential release date for the Horizon Zero Dawn PC port. We can expect it to arrive in the near future if the leaks are being reported now. It would be the first ‘first-party’ published and developed PS4 exclusive to launch on PC. There have been a few games in the past (and others arriving in the near future) that have boasted a similar arrangement. Quantic Dream’s games like Heavy Rain and Beyond: Two Souls are available on the Epic Games Store, and of course, Hideo Kojima’s Death Stranding arrives on PC later in 2020, due to an agreement with publisher 505 Games.

The new head of PlayStation’s Worldwide Studios Hermen Hulst has confirmed that Horizon Zero Dawn Complete Edition will be coming to PC in the summer of 2020. No release date at present however he was quick to mention that although this is the biggest PlayStation exclusive to crossover it is not an indication of any long term changes to Sony’s strategy with exclusives, “Horizon Zero Dawn was just a great fit in this particular instance.”