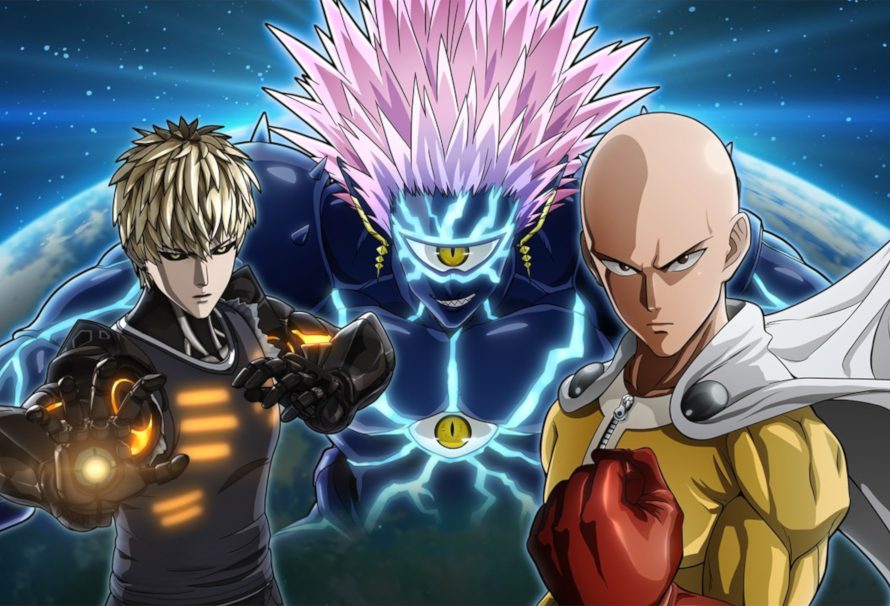 If there’s one thing a good fighting game needs – besides some kick-ass gameplay, it’s lots of choice when it comes to picking your fighter. Thankfully the new One Punch Man game characters are a weird and wacky bunch with over 20 in the roster. We’re going to dive into some of the more interesting looking characters you’ll be able to play as when the game releases later this month.

One punch is all it takes

We couldn’t talk about One Punch Man and not mention the titular guy himself. He might sound bored 99% of the time but Saitama is the strongest man on earth and shouldn’t be underestimated. Seeing as he can defeat all his enemies with one punch he’s going to need some stiff competition in order to take him on.

Carnage Kabuto is an ill-tempered beast who believes himself to be better than humans. I’m not entirely sure what he is, but Carnage Kabuto resembles a human beetle hybrid and is certainly not someone I’d want to bump into in a dark alley. Expect big hits and devastating power from this creation of the Evolutionary House. Carnage Kabuto looks like he should be able to win any fight with one punch.

Another absolute unit to join the One Punch Man game characters is Melzargard, the General of the Dark Matter Thieves. His 5 different personalities give him several abilities making him a truly formidable foe. Destroying the nucleus to each personality is how you can take him down. Honestly though, if it were me, I’d just tap out. Look at him!

Watch out for the quiet ones

Probably my favourite character on the One Punch Man game roster, Mumen Rider doesn’t look all that impressive. But he has a bike which he can wield as a weapon. That is the sole reason he’s the best. He might not look like much, but he fights for justice every day and is ready to fight all kinds of enemies. A true underdog story if ever I heard one.

Don’t you just hate that incessant high pitched buzz of the mosquito. Mosquito Girl is certain to be a fly in your ointment as she buzzes her way into the One Punch Man roster. Another creation of the Evolutionary House she can suck your blood and turn it into energy for herself making her a tricksy one to deal with.

Child Emperor may only be 10 years old, but he’ll still kick your butt. It helps that he has a backpack full of deadly weapons including blades, spikes and guns all attached to huge metal arms like Inspector Gadget. Do not underestimate this pint sized hero. What is it they say about small packages?

The most literal of heroes

If you had a baseball bat made of metal and needed a cool persona, what name would you choose? Metal Bat obviously. What he might lack in imagination for names, he certainly makes up for in his ability to fight with it. Possessing unrelenting confidence and spirit Metal Bat is a fierce competitor with immense physical strength.

Metal Knight feels like maybe someone is compensating for something. Owner and creator Bofoi is a technological genius and tends to control Metal Knight from a safe distance. Featuring huge turrets on his back Metal Knight is sure to dish out some real explosive damage.

Deep Sea King is the ruler of the sea, can you believe that? He also makes Aquaman look like an amateur. He towers over most other One Punch Man game characters with his dashing looking cape and crown. Ripped from head to toe, Deep Sea King is a distinctive looking character and is a match for anyone who should cross him and his plan to decimate the human race.

This is just a taster of what’s to come. You can get your hands on the full One Punch Man roster when the game releases 28th February 2020.