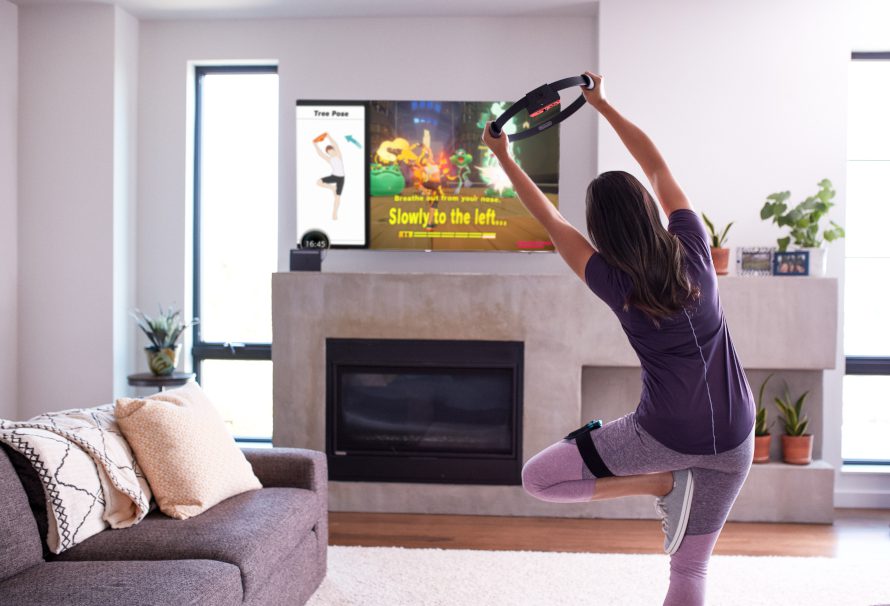 Ever since the company’s establishment in 1889, Nintendo has been innovating in the games space. From playing cards to motion controls, Nintendo is known as the main publisher in games that captures the wistful childlike wonder of play, and in 2019 it’s plans are only becoming more experimental.

It’s hard to argue with the fact that we probably wouldn’t remember the Nintendo 64 or GameCube so fondly if they didn’t look so alien and interesting, with their squid-like controllers and experimental gaming experiences. We’ve now come to terms with and adore the Nintendo Switch, which at first earned the glare of many sceptics. In its own way, the physical action of slotting your controllers into the device and retrieving them to play anywhere is peak Nintendo, who have always pioneered the confluence of physical activity with virtual gaming.

Wii Sports is an easy example to point to, a game that everyone and their grandma can play with ease, and burn some calories whilst doing so. Yet it doesn’t feel like you’re actually putting in any effort as the fun keeps your mind occupied. This developed into the Wii Fit balance board and most recently played host to Fitness Boxing, where the Switch Joy-Cons are used to stimulate an intense boxing workout.

It might not seem so important, but with a global loneliness and obesity epidemic, Nintendo’s focus on physical multiplayer is refreshing, especially when it’s on a par with the rest of the gaming spectrum. Playing PUBG in a pitch-black room sure is fun, but the inactivity of a typical evening of gaming isn’t going to stimulate your brain as much as a detour into invention or fitness will.

This was most recently seen with Nintendo Labo, the company’s cardboard workshop series where players can build fully usable vehicles, mech suits and even musical instruments out of bits of recyclable tat, leveraging simple elastic bands and the Joy-Cons haptic HD Rumble to simulate the crank of a fishing rod or the engine of a motorbike. At first people thought it was totally insane, simply because it dared to be different, but it’s seriously understated how important it is for developers like Nintendo to think outside of the box and provide ways for children and adults to stimulate the inventive or physical side of their brain, getting them to build, invent and explore their ideas all through the medium of gaming. You can say it’s just for kids if you want, but let me ask you again once you’ve built something and seen the results of your work, and I bet you’ll be grinning.

Whilst more and more Labo kits have been rolling out (the most recent offering a swathe of physical VR experiences) Nintendo has not stopped dreaming, with the most recent experiment being a hula-hoop device and a leg strap into which you slot your Joy-Cons. This is in service of the Switch’s apparent answer to Wii Sports, known as Ring Fit Adventure.

With clever, sticky RPG systems underpinning intervals of physical activity, you’ll take part in yoga poses, plank on the floor to defeat monsters and work different muscle groups to progress in this fascinating physical adventure. As well as a cohesive RPG experience, there’s also more rudimentary mini-game gauntlets and exercise modes to work your body and help you get slim.

The game is due out later this month on October 18th and is indicative of Nintendo’s unique approach to physical activity which blends virtual fun with physical engagement. What other games do you think offer this wonderful blend of activity? Let us know in the comments and head over to the Green man Gaming Community site for more.

Facebook Twitter Google+ LinkedIn Pinterest Tumblr
Previous article Destiny 2 back online after emergency maintenance due to breaking player records
Next article Pride Run Interview: Why it's a celebration open to everyone