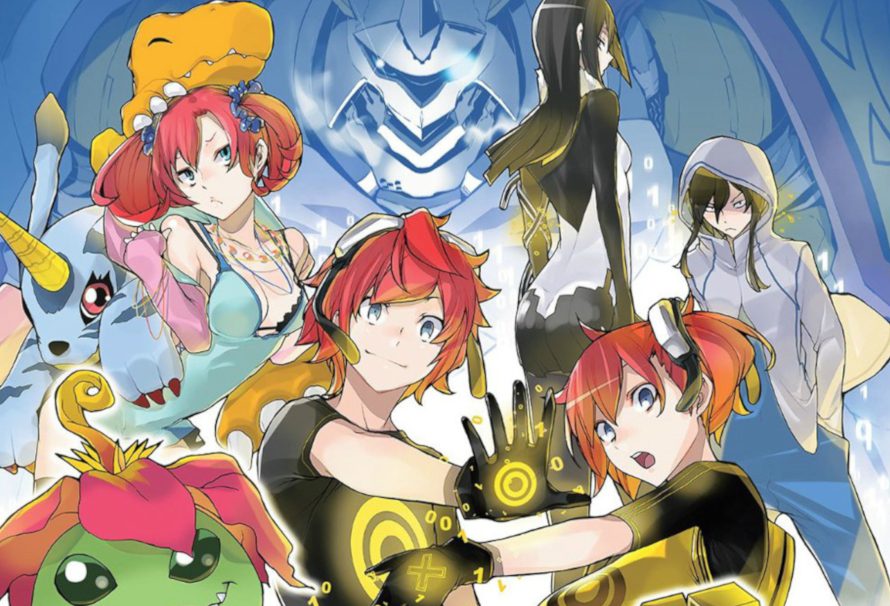 Good monster collecting games are surprisingly sparse on PC. It’s an annoying fact of life for those of us who don’t own consoles, we simply don’t get to train up our little beasts, and evolve them before un-evolving them then re-evolving them into a new kind of dog with machine guns. What’s that? Digimon Story Cyber Sleuth: Complete Edition is coming? so that’s exactly what we’re going to be able to do?

Well, That Changes Everything

Digimon Story Cyber Sleuth: Complete Edition contains not one, but two fully-fledged Digimon games for you to sink your digital teeth into. The original story has you saving the world as part of a mysterious detective agency, standard stuff really. Although the characters you’ll meet along the way are genuinely interesting, and there are even a few somewhat horrifying moments thanks to the strange almost horror-esque setting. It’s a good game on its own merits, but it’s not all you get.

You’ll also get to play through Hacker’s Memory, which, rather than focusing on a traditional hero, has you playing a rather bland-looking side character. It’s a unique set up, and one that tells a story that runs alongside the main game. It gives you details about the background goings-on in the world of Cyber Sleuth and shows a side of RPGs that players rarely get to see.

So What’s It All About?

Each game has an incredible amount of quests to undertake, items to find, and stories to uncover. Of course, the main attraction here is the Digimon themselves, who you can easily spend hundreds of hours training and growing them in the perfect way to make them far outclass any of the villains you’ll have to overcome.

The key to victory is to figure out which of the strongest Digimon you want, and then the requirements your baby monsters need to meet before you can Digivolve them. Sometimes just being a high enough level is enough, but more often than not you’ll need to have spent a certain amount of time with them to make them like you more or raise their stats by raising their level cap. The best Digimon are a combination of two high-level ones, which means you’ll have to be prepared to fuse two of your favourites together if you want the most powerful team possible.

This is a game made for those who have a love of stat management, one for people who adore seeing the new forms their companions can take on, and one for anybody who just loves a good JRPG. The fact that you get to play both of these excellent games for just one price is almost unbelievable, but you’ll be able to do so when it releases on PC and Switch on October 18th.