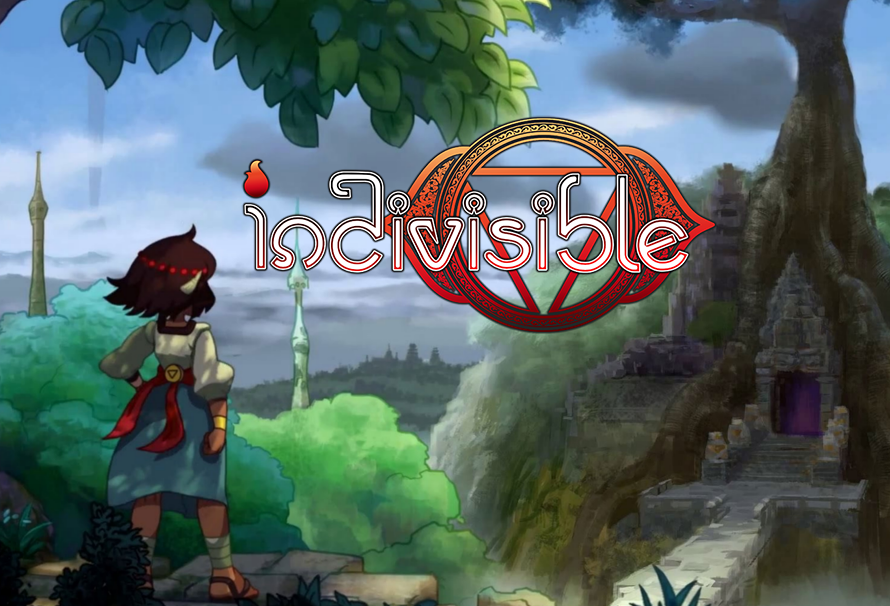 After the successful Indiegogo campaign in 2015 Indivisible is finally set to release on the 8th October. Indivisible tells the tale of Ajna, a courageous and rebellious girl living in the village of Raswat. Her normal village life is soon disrupted as local warlords attack her town forcing her to leave the comfort of her home and on to an epic adventure to confront her attackers.

Not your average RPG

Indivisible combines platforming with turn-based RPG elements to create a new and exciting experience as you take control of over 20 playable characters. Soon after the attack Ajna discovers a mysterious power that allows her to absorb individuals – known as Incarnations, into her being. Fusing with them not only allows Ajna to summon them during battle but will also grant her new abilities and weapons.

Verticality and fluid movement across the platforming areas plays a large part in Indivisible and Ajna will be able to run, jump and dash her way through the world with wonderfully vivid and bright hand-drawn animations.

There is no doubt that Indivisible is a beautiful game to look at, with each of the characters being hand-drawn in immaculate detail. Each character has a distinct look to them with a fully fledged back story to go along with them.

Inspired by Southeast Asian mythology the game is full of wonderful locations to visit from the lush greens of the Ashway Forest, and hot dunes of The Almutah Sands all the way to harsh peaks of Mount Sumeru and Fortress Vimana to name just a few.

There are an abundance of locations to visit all with their own feel, enemies and secrets to find.

The combat in Indivisible allows for a vast range of customisation as you can have up to four characters each mapped to a button or key. As a result your party functions like a single, customizable character. The key to ensuring success is trying out new combos and mastering your Incarnations abilities to get the best out of them in any situation.

Whilst not strictly a turn-based game your attacks will use actions that recharge over time. Ultimately making the combat feel more real time but waiting for more actions to be available will allow for more devastating combos to be unleashed.

Away from the fighting and platforming Ajna can meditate to visit her inner realm. Here is where the Incarnations will reside and it will act as the main hub of the game for quests, saving and applying upgrades to weapons or armour. It’s a nice twist on the traditional need to visit towns or safe areas and gives players the chance to get to know the Incarnations a little better.

The more Incarnations that join you the larger and more developed Ajna’s inner realm will become. Speaking with them will unlock new quests that will resolve some of their personal stories. Furthermore some will provide you with quests that grant upgrades to your equipment.

Whilst traditional experience points are in the game, they aren’t the main source for helping Ajna to become more powerful. For example your damage will increase for all your characters based on the number of Incarnations you have acquired.

Indivisible is trying to do things a little differently in the RPG world and looks to have nailed a lot of interesting sounding mechanics. Couple that with a fantastic looking world to immerse yourself in and you’re on to a winning combination.