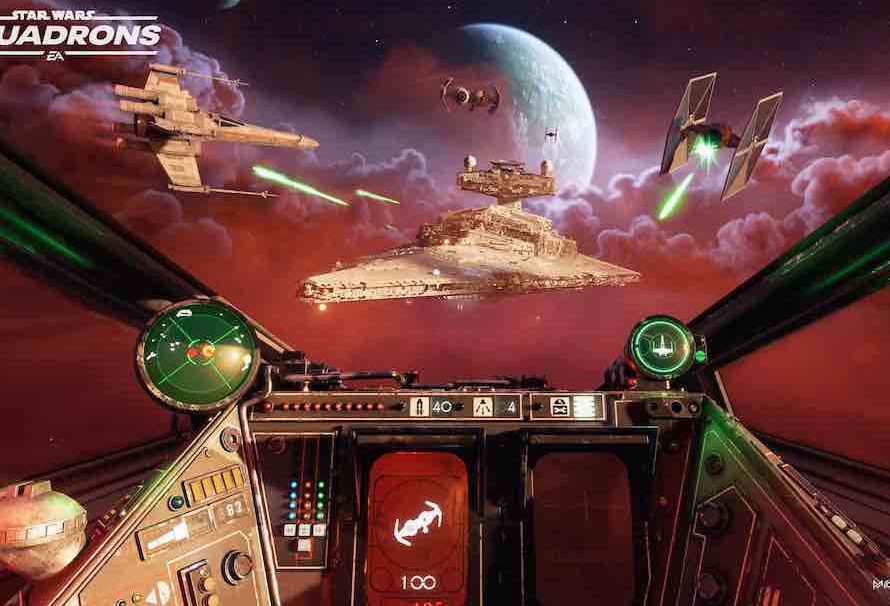 It can be lonely in space, but in Star Wars Squadrons co-op modes you don’t need to face space alone. You can take up to four friends in Star Wars Squadron’s multiplayer co-op modes, forming your very own mini squadron as you battle through the stars. Remember; in space no-one can hear you scream, unless you turn on voice chat.

It doesn’t matter if you’re a veteran of the war amongst the stars or new to taking flight, let us guide you through the different multiplayer modes you can play through in co-op in Star Wars Squadrons.

This team deathmatch mode sees up to ten pilots face off against each other in a fight to the death. If you’ve played any deathmatch mode in other games, you’ll be instantly at home with how this works. You can team up with up to five friends in a party and play this co-op, or be matched with other players online.

Fleet Battles is the flagship mode for Star Wars Squadrons and the main focus of its multiplayer co-op modes. In Fleet Battles you and up to four other players, either in a party you’ve formed or through matchmaking, will take on another team of five pilots (either real players or AI) to destroy the opposing team’s flagships.

The key to forming a co-op party in Star Wars Squadrons is through the in-game Social Menu. It’s here you can invite up to four other friends to join your party prior to jumping into Dogfights or Fleet Battles.

Once you’ve gathered your team you can dive right in, selecting the game mode from the Multiplayer Menu will keep your team intact as you start your star war.

In Star Wars Squadrons you can also invite friends to join your game once it’s started, or hop in if there’s space for you if you see a game in progress. From the Social Menu select your friend and either invite them to your game or press Join Game to dive into theirs, and if there’s room and or they accept the invitation, you’ll be flying alongside each other in no time.

In addition to playing with friends online on the same system, Star Wars Squadrons features cross play across PC, PS4, and Xbox One. You’ll have to have each other added to your EA Friends in order to do this which may require each other’s EA ID, but once you’ve got them on your list inviting them to play follows the same rules as above.