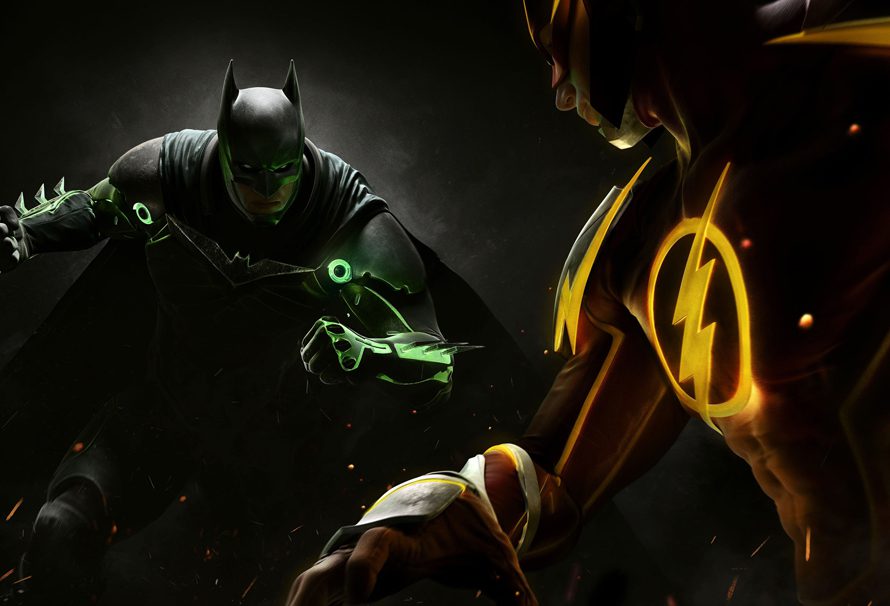 Injustice 2 was released last week and plenty of players are getting stuck into the the next chapter in the Injustice universe.

For newcomers to the series, the Injustice multiverse can be a pretty daunting place, especially if you are not familiar with fighting games or indeed NetherRealms’ fighting game formula. So here is some top tips to get your started and help you find your feet in Injustice 2.

If you aren’t well versed in fighting games, we do suggest practicing with your favourite characters as much as possible. The great thing about Injustice 2 is that there are plenty of modes to choose from in the Multiverse for you to get practicing.

We also suggest really focussing on moves and combinations of moves. Special moves are always good and effective but if you dig deep into a characters move set you will come across some combos that will do just as much damage if not more. Injustice 2 prides itself by not being a button mashy game as a lot of basic attacks don’t really chain that well. So read up on your combos.

A good way to get a grip on most of the character roster is through Injustice 2’s in depth story mode. Not only does it give you a great story, but you have the opportunity to try out a variety of the game’s fighters.

Story Mode also nets you some great gear which can be used to customise your character and tweak them to your own specifications. Each time you make a choice in Story Mode you will earn a piece of ‘Epic Gear’ for the character you choose. This gives Story Mode some pretty good replay value if you are looking for some epic level gear for some of your favourite heroes.

On the first play through, Story Mode will net you a good chunk of source crystals as well, after completing the mode you should be about two thirds of the way to having enough crystals to unlock a premier skin for a character.

As well as Story mode there are several ways you are able to get some gear. Gear drops in pretty much every mode you play.

If you are after some particular gear for a certain character then we suggest playing the challenges in the Multiverse. If you are looking for more random loot drops that are not character specific then be on the lookout for Mother Boxes. Mother Boxes are Injustice 2’s answer to loot boxes and contain varying amounts of items of random gear for any character. The amount of gear you obtain from a Mother Box is dependant on what sort of Mother Box you receive. Players can get either a Bronze, Silver, Gold, Platinum and Diamond Mother Box.

Mother Boxes are obtained either by progressing to a new overall level (not to be confused with character level), or you can purchase them with in-game credits. Platinum and Diamond Mother Boxes can only be obtained by completing specific challenges, such as completing every character tutorial.

Any gear that has been equipped to a character will change their appearance as well at give them the necessary stat boosts. This is a great way for players to make the characters their own. If like most gamers out there you find yourself attached to a certain piece of gear, then you are able to spend tokens in order to bring the piece of gear up to your character’s current level.

Be aware though, it is very easy to lose hours of gameplay just in the Gear and customisation menus alone. So make sure you don’t forget to do some fighting.

Each character can also earn some new abilities which can be earned initially when a character reaches level 10 and at level 20, additional abilities can also be obtained from random Mother Box drops . Abilities are special moves that can be equipped to your character. They are either entirely new moves for you to learn or buffs for your current special moves.

The Multiverse add a new level of challenge to Injustice 2 as players are able to take on challenges in order to level up their character and grab new gear. It is also worth noting that the Multiverse is also home to Injustice 2’s Arcade, Survival and Endless modes. These modes can be found on the Battle simulator planet and not through the game’s main menu as you would expect.

Last on our beginner’s guide is joining a guild. You can join any guild or make your own with friends. We suggest you do this as soon as possible as your you and your friends progression will unlock Guild Mother Boxes. There isn’t much difference between Guild Mother Boxes and standard ones, but guild boxes are easier to obtain as there are more players trying to unlock them.

This handy list should give you the footing you need in order to get stuck into Injustice 2. If you have any other beginner suggestions then let us know in the comment section below.