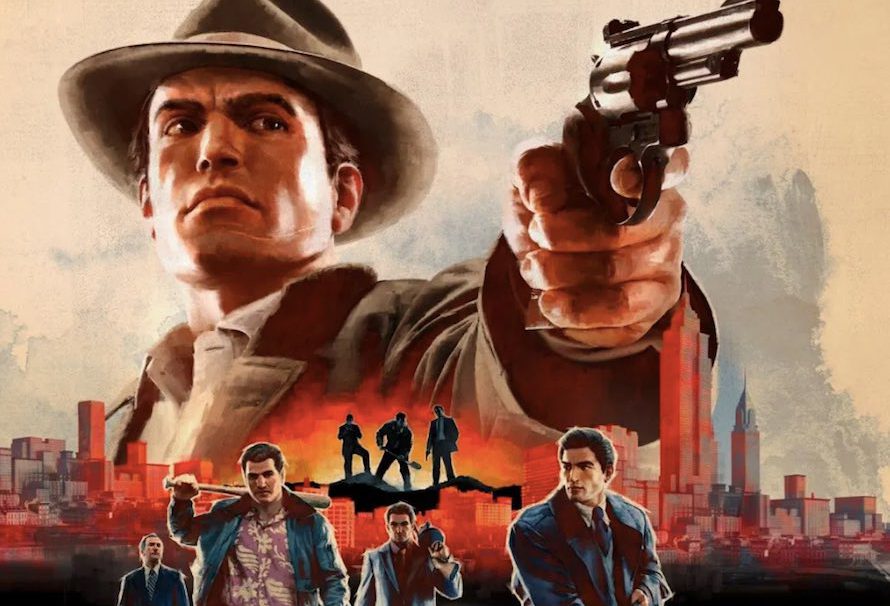 One of the greatest open world crime epic trilogies of all time, it’s somewhat surprising that we’ve had to wait until now for 2K to unleash a definitive collection of all three games. Thankfully, they’ve now done just that and in doing so have remastered the series initial entry with a level of polish that many thought wouldn’t be possible. Here’s everything you need to know about each of the titles featured in 2K’s landmark Mafia: Trilogy.

The game which started it all, Mafia first introduced the world to protagonist Tommy Angelo, a rising mafioso whose tale of rags to riches and back again, unfurled against the backdrop of prohibition era America and captured the imaginations of gamers the world over when it originally released back in 2002.

An open world action adventure with an emphasis on vintage car chases and intense gunfights, Mafia did a remarkable job of distilling classic, Martin Scorsese esque gangster cinema into a digestible, video game form quite unlike any other. With Mafia’s highly detailed setting (not to mention a somewhat believable AI police force that would ticket you for running a red light, or crossing lanes) and accomplished audiovisual presentation, it was easy to see why so many gamers flocked to it – even with Grand Theft Auto’s dominance of the genre now firmly under way.

Some eighteen years on and now in its definitive form, 2K and developer Hangar 13 haven’t just remastered Mafia, they’ve rebuilt it from the ground up. Using Mafia III’s game engine as its functional bedrock, not only has Mafia never looked better with completely remade assets, textures, new graphical effects and 4K resolution visuals, but it also boasts revamped gameplay and retooled missions to boot. There is no better way for players, both experienced and uninitiated to experience where it all began than in Mafia: Definitive Edition.

With its action packed World War II opening sequence starring a young Vito Scaletta looking to make his mark on the world in war torn Sicily, it’s fair to say that Mafia II marked something of a dramatic departure from its predecessor. Returning to Empire Bay (a fictional take on New York City) after he serves in the war to avoid jail time, players take control of Vito as he falls back on his friends and family to ease him back into a life of crime, all the while a catastrophic war erupts between the main crime families that control the city.

Aided by a much larger budget and more advanced graphics technology, Mafia II placed a similarly larger emphasis on cinematic storytelling, with the sort of profound world building and ultraviolence that one would expect to see from any of Hollywood’s classic gangster movies on the silver screen.

In Mafia II: Definitive Edition, not only do contemporary players receive a remastered visual presentation with the resolution cranked up to a pinsharp 4K, but they also receive all three of the campaign expansion packs released for the game as well. Where Mafia II is concerned, it doesn’t get more definitive than this.

Marking a radical shift to the New Orleans styled city of New Bordeaux, Mafia III whisked players forward a quarter of a decade and thrust them into the worn boots of one Lincoln Clay, a Vietnam veteran struggling to adjust to civilian life and who finds himself thrust into a deadly, life-altering feud with the Italian mafia.

Though Mafia III brings all manner of welcome improvements to the series such as a variety of side activities, the building of your own criminal empire, revamped driving and much improved third-person shooter shenanigans, it’s really both the setting and the time period that truly sets the third title in the trilogy apart from its stablemates.

With an absolutely banging soundtrack that recalls many of the classic tunes of the era, alongside the abundant racial tensions and civil rights movement of the time, Mafia III’s narrative was uniquely charged and possessed a furious energy that the other two games simply did not possess.
Though previously released in late 2016, Mafia III: Definitive Edition brings the game back once more to the attention of current audiences, bundling in all the previously released story DLC to date and providing the newcomers and series veterans alike with a fresh glimpse at this stunning open world crime epic.