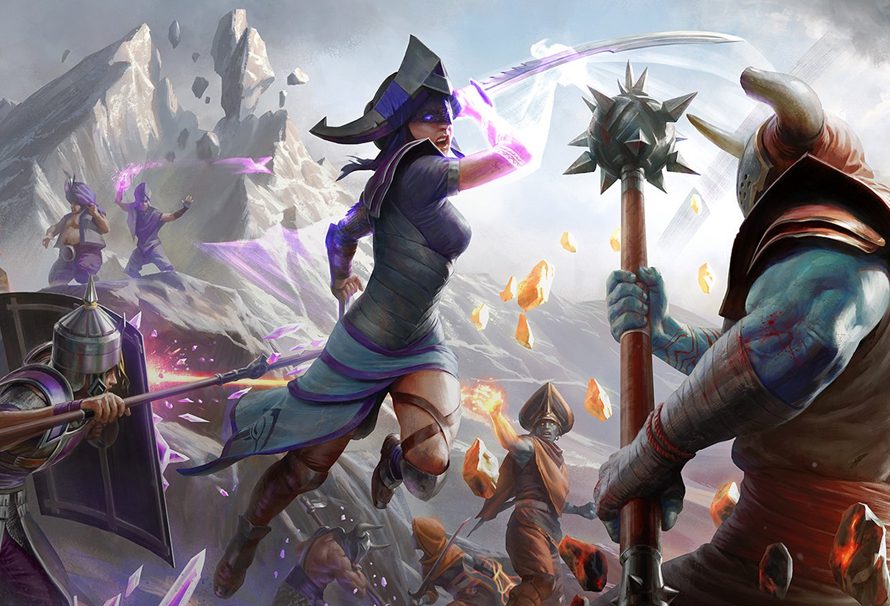 A beginner’s guide to playing Mirage: Arcane Warfare using the melee combat abilities of the Vypress  and the ranged magic of the Alchemancer. Master these class skills and you’ll have what you need to play as all 6 of the classes.

The Vypress class is a deadly and elusive assassin who wields two blades. You have to get in close to use her standard melee attacks, but her Dash Attack lets you leap onto opponents and slash with both blades, while her Shadow Kick lets you slide into them and do a roundhouse kick. You can also do damage at range by charging up a Blade Whip attack, or throw out a quick (but weak) bouncing Chakram. To chase or evade an opponent you can use Phase to teleport a short distance, or Pounce to pull yourself through the air and land on the far side of chasms or on high vantage points.

The Alchemancer class uses magic spells to devastate opponents from long range, and you can drag his standard fireballs around corners and allies. For a more powerful hit you can charge up a Piercing Shot that penetrates multiple enemies, or release a Phoenix that you can guide into moving targets like a laser-guided missile. For area-effect damage you can hurl an explosive Chaos Orb or set up a Barrage of fiery projectiles that rain from the sky. To quickly get around and stay out of reach of opponents you can Teleport in the direction you are facing or choose Levitate to float over the battlefield and hurl attacks from above.

Mirage: Arcane Warfare is a skill-based multiplayer FPS from the creators of Chivalry: Medieval Warfare, that lets you tear your enemies limb from limb with destructive magic and melee combat. Experiment and find your perfect play style between six diverse classes including stealthy assassins, hulking brutes, powerful mages and more. With an unparalleled focus on truly feeling in control of your magic and sword, Mirage demands combat creativity and will challenge you like never before.

Pre-purchase now for immediate access to the Closed Beta!