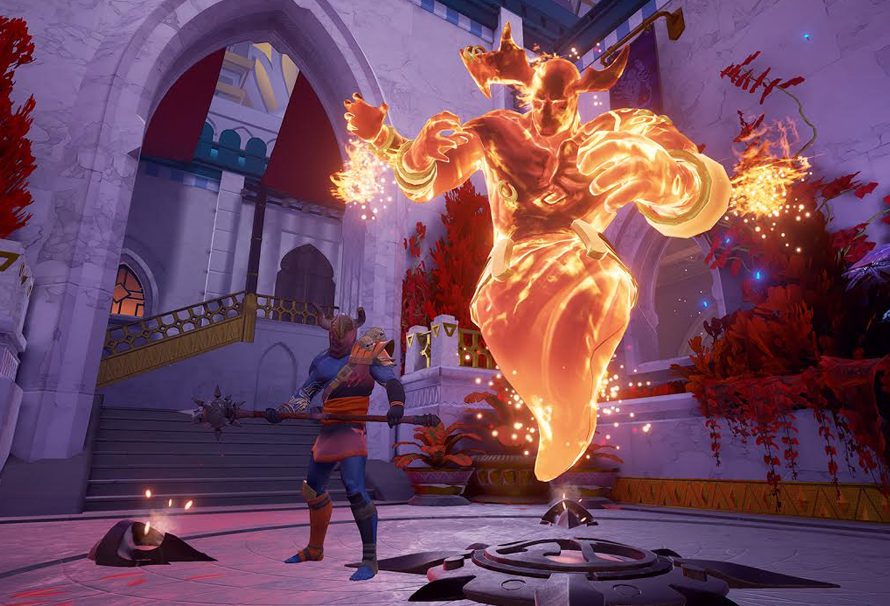 There’s been a noticeable build up to the launch of Mirage Arcane Warfare, a multiplayer FPS from the creators of Chivalry: Medieval Warfare, with announcements at GDC last year, thousands of BETA key giveaways and an open beta recently.  The game is finally set for release on 23 May and we’ve got everything you need to know about it, right here (with the help of our resident Mirage Arcane Warfare fan and colleague, Saevar Leadon)

WHAT IS MIRAGE: ARCANE WARFARE?

Mirage is a skill-based multiplayer FPS that lets you fight your enemies with destructive magic and melee combat. Some have gone as far as to describe it as a cross between Overwatch and Chivalry but our in-house fan describes it as “all the best features of Chivalry with sprinkles of magic that make it even better!”

It’s set in a strange fantasy world where warriors armed with steel and magic bring violence and death to an Arabian and Persian-inspired setting of desert sands, market bazaars and grand palaces (ooh..this reminds me of Prince of Persia all of a sudden) In Mirage, the calm fantasy world is shattered by ruthless civil war between two factions: the Bashrahni Emirate and Azar Cabal.

There are a grand total of two factions to play as: Bashrahni Emirate and Azar Cabal.  Both sides are engaged in a civil war over the control of magic resources, as well as philosophical arguments around the use of magic. Which should you choose? Read on to help you make a decision.

The Bashrahni Emirate represent the elite of their civilization, wielding the magic of the “Jinn” as a tool for power and industry. They dwell in the grand city of Bashrahn, with its opulent palaces and fine markets – and believe that magic can corrupt the mind and body if used in excess.

The Azar Cabal live as outcasts in the desert, cast out from the city due to their communion with the source of magic – the spirits of the “Jinnaye”. They disagree with the Bashrahni for using magic in the name of power and production; instead, their connection to the Jinn is far more spiritual, and less constrained.

Both sides are engaged in a civil war over the control of magic resources, as well as philosophical arguments around the use of magic.

There are 6 modes in total:

THE CHARACTERS (AKA MIRAGE CLASSES)

Staff wielding hybrid that has a magic carpet and a mixture of offensive and support capabilities.

Stalwart defender that supports her teammates with her control over the battlefield and knockaround capabilities.

Elusive and agile assassin that uses her mobility and speed to cut foes down.

Hulking brute that excels at melee and uses his size and physical strength to dominate enemies up close.

Powerful mage that relies solely on the devastating power and capabilities of his magic.

Defensive trap specialist that uses her cunning and wit to defeat larger opponents.

Overall the game is a competitive first-person (and third person, if you want it) melee combat experience that gives you lots of action with ranged uses thanks to the magic abilities and projectiles, a variety of combat possibilities and a lots of objectives to work your way through.

If this has got you interested in getting the game, head on over to Green Man Gaming now.

If you’d like to get a further insight into the game, check out our interview with Alex Hayter from Torn Banner, the developers of Mirage Arcane Warfare.