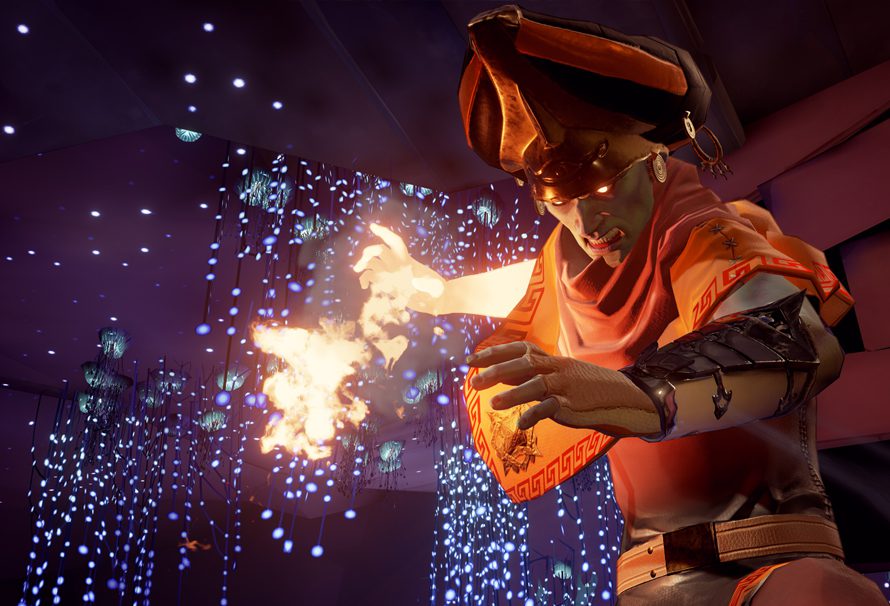 We got the chance to sit down with Alex Hayter from Torn Banner to ask a few questions about their next multiplayer epic, Mirage: Arcane Warfare.

Why did you choose to create a new magical setting instead of heading down the Chivalry 2 route?

After we finished Chivalry and its expansion Deadliest Warrior, we wanted a fresh direction for our studio’s next game. We decided to add meaningful complexity to our melee combat system in the form of magic abilities – which gave us the excuse to experiment with a totally different setting compared to Chivalry’s dark medieval battlefields. That meant we could try some neat things setting-wise, resulting in a radically different colour palette, bringing more life to the visuals with magical effects and creating our own fantasy mythos from the ground up.

Your art style is very different to Chivalry. What made you make the change from gritty realism?

In Chivalry we focused on bringing a feel of “meatiness” to combat, so that chopping off another knight’s head felt viciously empowering in terms of both audio and visual feedback – the setting itself tried to match that sense of grit and force. In Mirage we took a somewhat different approach by creating an artistically colorful, picturesque and seemingly calm setting to contrast against the damage you can cause in the bloodiness of battle. You’ll walk into a map and can gaze around at the eye candy, which then gets transformed in the middle of a fight into a gory nightmare.

How did including magic affect the game? Was it harder to balance?

Magic abilities are part of the same combat system as the melee you’ll remember from Chivalry. Building everything in Mirage from the ground up in Unreal Engine 4, we’ve improved that combat system drastically with cleaner, more responsive melee. Magic abilities feel like close quarters melee – you can block any spell, even deflect them back at people, as well as being able to drag many projectiles in mid air with your mouse. It definitely creates a challenge when it comes to ensuring that our six character classes all present their own strengths and weaknesses, but we’ve spent a long time in the Closed Alpha tweaking the system across all character classes and multiple tiers of abilities, and plan to spend even more time in the Closed Beta doing so too.

What was your inspiration behind the classes that you have created?

The character types came out of the unique, Arabian Nights / Middle Eastern-inspired setting of Mirage – which depicts a magic civil war between rival factions, under the backdrop of a grand, ancient city. The characters all represent special roles in that conflict: former city guards, outcast street urchins, black market dealers, royal assassins, and others. Each of the 12 characters (6 per team) has their own unique personality and voice lines, and character classes are also tied to a unique visual style when it comes to their spells; the fiery mage Alchemancer for example, or the molten rock-themed Taurant guard.

Will the gameplay differ from Chivalry to suit the magical element of Mirage?
We know that we were onto something special with Chivalry’s thoughtful, tightly controlled melee combat system, and wanted to tackle magic combat in a way that felt as visceral and dangerous as a fistfight to the death. In Mirage you’ll experience familiar game modes like Team Objective and feel at home with the combat system if you’ve played Chivalry. At the same time, it represents a new challenge for Chivalry veterans – and we’re really pumped to see the types of combat tactics and moves that new players will uncover as the Mirage community grows.

If this as whetted your appetite to play Mirage: Arcane Warfare, you can enter our weekly giveaway for a chance to win a beta key for the game.