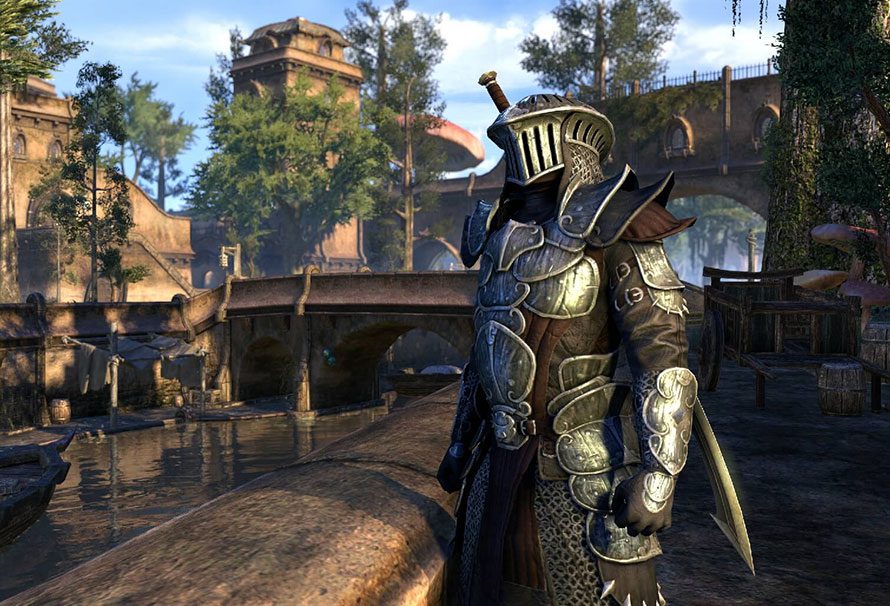 We’re very excited to get to see Vvardenfell in a previous age, before the Sixth House awoke and before a certain stranger born under a certain sign reached its shores. Check out the latest trailer!

But what’s changed? Lets take a look back at Vvardenfell, and see what the place used to look like, all the way back in 2002-o-vision.

The first place you’ll see when you get to Vvardenfell is the Imperial hamlet of Seyda Neen, where all new arrivals are processed and where a guard stands on with bemusement as a prisoner changes their face a few thousand times before settling on something. A tiny and rough little place, it’s your gateway to Vvardenfell and the place where you learn about the clash of cultures across Morrowind. Also the home to Fargoth, the most hateful Wood Elf this side of Valenwood. Preview pictures from The Elder Scrolls Online: Morrowind show that Seyda Neen existed back then, but will it be filled with hateful Wood Elves?

Probably home for a lot of players, Balmora is the first real city you’ll get to, having been sent there as the goal of your first quest. On the surface it’s a beautiful place made of adobe and wattle, spanning across a river. Scratch its surface and you’ll find that Balmora is a hub of villainy, the amoral Hlaalu family make it their seat of power and the local Fighters Guild is secretly run by the criminal Camonna Tong. We know that The Elder Scrolls Online: Morrowind will have Balmora in it, will it become your home?

My personal favourite, the stodgy but valiant house Redoran call this place home, and it’s mainly made of bone houses situated in the desolate Ashlands. Its central area is contained within the chitinous shell of a huge crab, you don’t get THAT in Cyrodil! Hopefully in The Elder Scrolls Online: Morrowind we’ll get to go back there, stand in that giant crab, and dust our eyes from the ash storms pouring off the Red Mountain. And speaking of the Red Mountain…

Not so much important for what it is but for the shadow it casts, both literally and figuratively, the Red Mountain is the site of the Heart of Lorkhan, a Dwemer object that can confer near-godhood on its user. Dagoth Ur rests there, plotting and planning to take his revenge on the holy Triumvirate and become a living god. Will he still be there during the times of The Elder Scrolls Online? Or will his slumber cause mad dreams across Morrowind?

Home to the wizardly and dastardly house Telvaani, this city is the polar opposite to Ald’ruhn, being instead a fleshy city of plant matter, podhouses and treehomes littering its island refuge. Even more than any other city, this is a playground for the utterly amoral, no rules exist for the Telvaani other than those which further their own interests and feeds their power. More than almost any other city, I’m excited to see it during its heyday, The Elder Scrolls Online: Morrowind also has the technical ability to show off this city in a way that we could only dream of, back in 2002.

Both the city and the person! The Elder Scrolls Online: Morrowind apparently has both in, Vivec the city is still being built but Vivec the poet-god is alive and well and in full control of his powers at this point in time. You spend a lot of time in Vivec (the city) in Morrowind, getting very used to the cantons and waterways, it’ll be great to see it before it’s the behemoth of a city that it’ll become, like looking behind the curtain to peer at the secrets beneath. Exciting!

If M’aiq the Liar’s island doesn’t appear in Morrowind then this writer will KICK OFF, and I’ll have an armed mob protesting in front of the White-Gold Tower before the day is out!

So that’s all the places we’re looking forward to seeing again in The Elder Scrolls Online: Morrowind! What are you excited to see? Let us know in the comments below!

Things to Look Forward to at QuakeCon 2018