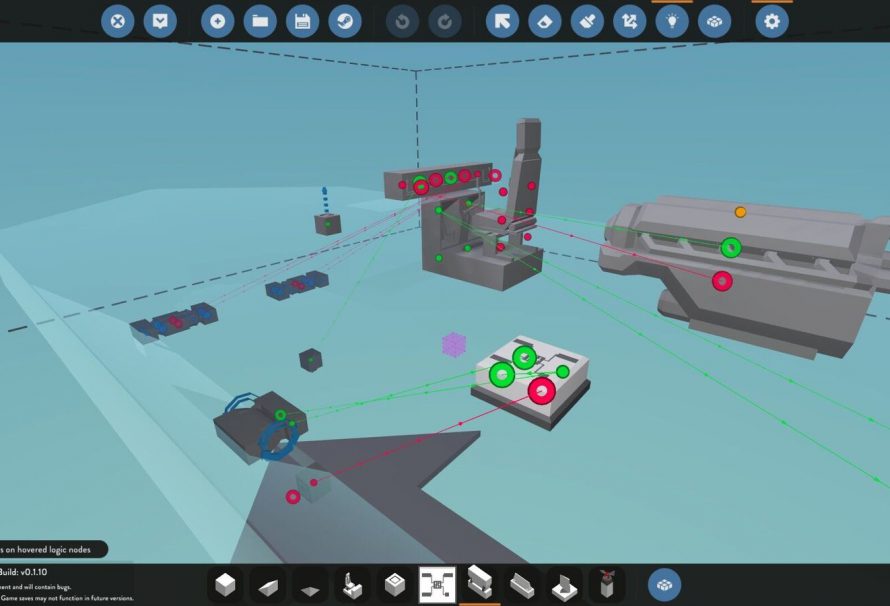 Stormworks: Build and Rescue, a sim game that allows you to design, create and pilot your own sea-rescue service, is set to get a major update next month. The developers, Sunfire Software, have given us a sneak peak of what’s coming early December.

One of the most community-requested features, players will be able to use a new visual editor to create their own logic processors that can miniaturise logic into a single component, create more advanced and compact systems, and simplify their vehicle’s wiring. These modules will be shareable and downloadable on the workshop for use in vehicles.

Composite data connections will also be added. These are a new logic type that combines multiple number and on/off signals into a single link. It’s very useful for connecting microprocessors together easily, and opens the door for new compact components that have many data links, allowing further miniaturisation of small vehicles.

This feature is also the first step towards bigger updates that will come next year, providing the foundation for other frequently-requested features such as radio transmission and advanced modular parts.

As the Stormworks world is expanding, and with plans to grow logistics gameplay, the developers are introducing 12km of rail track along a “Florida Keys” style string of islands with a shipping container terminal at each end.

The introduction of a train yard will allow players to create heavy freight vehicles to efficiently move across some areas of the map, as well as introduce potential new mission types.

Alongside much of the rail line is a 2-lane road, extending opportunities to use land-based vehicles as well.

The price of the game will be kept unchanged for this major update and through to the end of the year, keeping to their strict no-Steam-sale policy.