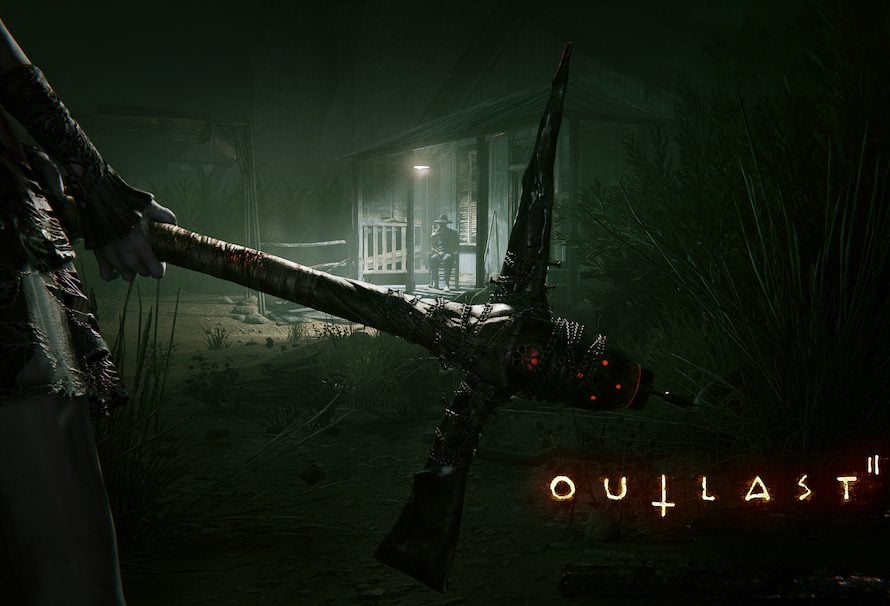 Outlast 2 is a tough game to complete and even tougher is piecing together what its ending means. After facing terrifying foes, mind-twisting signals, and religious cults in the harsh Arizona desert, Blake finally finds his wife Lynn. It’s from there that the game spirals into an ending that leaves much up to interpretation.

Whilst we can’t give you a definitive roundup of Outlast 2’s endings, we can work through what we know and help you come to your own conclusions.

TW: This article discusses topics such as suicide, death, murder, and childbirth.

You are informed throughout the game that your school friend Jessica Gray died from a suicide, her neck being broken. However, the game casts considerable doubt on this being true, and instead points to Father Loutermilch killing young Jessica, staging her apparent suicide.

To Blake’s surprise, Lynn, his wife, has become pregnant in the course of the game, and is nearing birth. At the end of the game you are reunited with her, facing a storm together before she gives birth to the alleged prophesied Antichrist, before dying.

It’s her last words that cause confusion for many fans, before dying she utters the phrase “There’s nothing there”. This implies that in fact there is no baby. That seeing it, and the pregnancy itself, may be a side effect from the microwave signal which causes so much chaos in the minds of those it touches.

One thing is clear by the ending, and that protagonist Blake’s mind has unfortunately shattered. He was never stable, the death of Jessica haunting him, but between that, his wife going missing and her eventual death, a cult trying to kill him, and a microwave signal being pumped into his head, it seems by the end of the game he has lost his grip on reality.

The game is marked by visions caused by loss of sanity throughout Outlast 2 and the ending only reaffirms that Blake, by the end, has submitted to the brainwashing signals he has fought against.

Whilst there are no choices that unlock separate endings for Outlast 2, it does contain two slight variations on its ending which helps add a little more context and doubt into parts of the story. These focus on Jessica Gray.

In the default ending when you meet her in a vision at the end of the game, her neck is wounded pointing to her alleged suicide. However, a variation of this scene exists, where her neck is whole and she appears to be unharmed.

This further plays into the theme that it wasn’t a suicide at all, that she did not harm herself and was in fact murdered by Father Loutermilch.

Those are our theories as to what happens at the end of Outlast 2. Do you have a theory about what you’ve seen in the harsh Arizona sun? Let us know over on our community forum where you can join in the conversation.