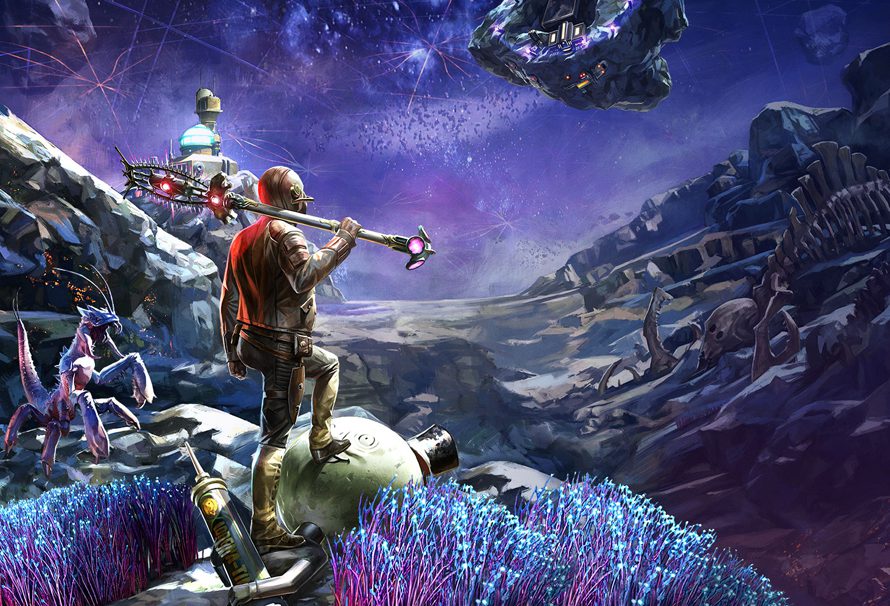 You’ve adventured, you’ve explored, you’ve fought corporations across multiple planets. But what next? Thankfully developers Obsidian have some new DLC in store for you for The Outer Worlds, and its release is just around the corner. So strap in, grab a weapon, and get ready to blast off for more Outer Worlds action. Here’s what you’ll need to know.

The first DLC for The Outer Worlds is titled Peril on Gorgon and will be dropping from orbit on September the 9th. You can expect to find this brand new adventure on PC, PS4, and Xbox One, with a Switch launch coming at an undisclosed point in the future.

This is the first of two planned story expansions, the second of which has no released title or date at this time.

Want to see where you’ll be heading? Obsidian have a huge slice of action and story lined up for you in Peril on Gorgon, and they have released two trailers ready to show off their new DLC.

First is the official trailer, giving you a taste of what you’ll be facing off against and where you’ll be exploring in Peril on Gorgon:

In addition to that, Obsidian have released a 12 minute look at Peril on Gorgon gameplay, complete with developer commentary, to really whet your appetite:

What’s New in Peril on Gorgon?

Obsidian are calling this first DLC for The Outer Worlds a narrative expansion, and given everything we’ve seen that certainly seems to be the case. In fact, Peril on Gorgon seems to be bigger than anyone expected, with a hefty new adventure packed full of things to see and do.

But first, here’s the intro to the story. Upon finding a severed arm and a strange message, the trusty crew of the Unreliable head to the Gorgon Asteroid. This asteroid was the site of a scientific undertaking that was incredibly ambitious, and unfortunately for the Halcyon system, eventually disastrous. It’s since been taken over by monsters, marauders, and worse, and you’ll have to fight to survive as you explore its mysteries.

Wealthy recluse Minnie Ambrose is who you’ll be answering to as you search for her mother, Dr. Olivia Ambrose. Dr. Ambrose has gone missing and as the head of the scientific project on the Gorgon Asteroid, there’s plenty of answers to uncover and mysteries to solve. Shortly after landing you’ll quickly become embroiled in an intrigue which will change the fate of the entire colony – forever.

With new areas, new weapons, new quests, new characters, and whole new storylines to explore, Peril on Gorgon is a colossal DLC for The Outer Worlds that’ll be sure to give the game a whole new lease of life for any experienced crew.

Are you looking forward to this new slice of action in The Outer Worlds? Head on over to our community forum and let us know what you’re most excited to see in Peril on Gorgon.