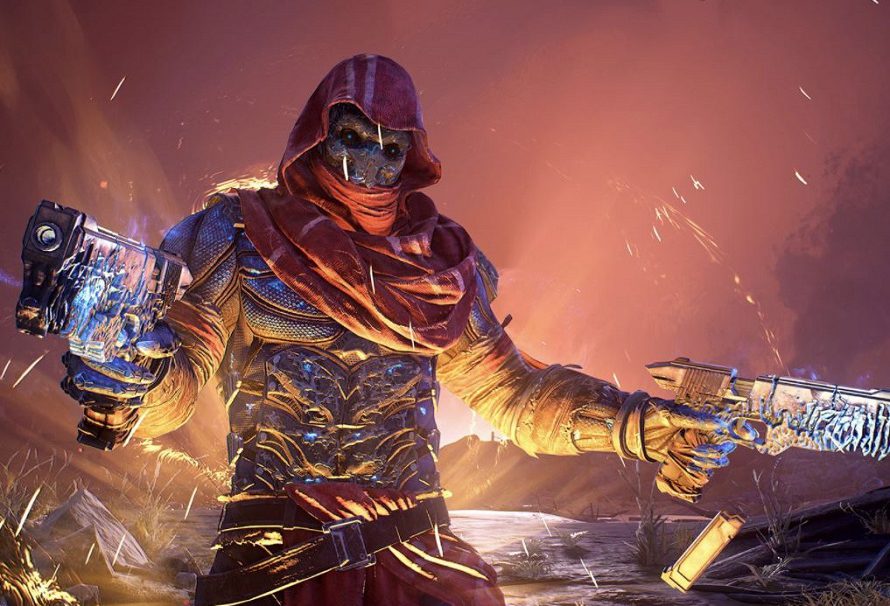 Developed by People Can Fly (Bulletstorm, Fortnite) and published by Square-Enix, Outriders takes players on an epic journey to the dark planet of Enoch in order to investigate a mysterious signal that conceals a galaxy-spanning evil. As one of the titular band of Outriders, players will load up, suit up and shoot up as they carve their way through the First City and surrounding locales, laying waste to the monstrous legions that have scarred the world.

At its core, Outriders is a third-person looter shooter for one to three players where the only thing more pressing than uncovering more of the story, is destroying your enemies with increasingly powerful weapons and abilities so you can loot their gear. With four completely different classes to choose from and a range of modifiable guns, equipment and world tiers that allow you to tailor the challenge and rewards to your liking, Outriders is set to be the next evolution of the looter shooter formula. Unlike other examples of the genre however, Outriders is not a live service game – the complete experience will be available from day one with no microtransactions.

Outriders Release Date – When Can I Play It?

Outriders is set to release for PC, Google Stadia, PS4, PS5, Xbox One and Xbox Series X/S on Thursday, April 1, 2021, with a free demo coming on February 25th, to make up for the recent delay.

Outriders Pre Order Bonuses – What Are They?

If you pre order Outriders ahead of its release on April 1, 2021, you’ll gain free access to the Hell’s Rangers Content Pack which includes the following goodies:

Outriders Multiplayer, Co-op – How Does It Work?

Although Outriders can be played in single player, it’s really in multiplayer that this looter shooter shines. Permitting up to three players to take part in in online multiplayer, Outriders also supports drop-in and drop-out cooperative play too. This means that you and your fellow Outriders can drop in and drop out of any given multiplayer session, always ensuring that you’ll have sufficient numbers to take on the enemies of Enoch. Additionally, Outriders is a Player vs Enemy (PvE) experience only; there are no adversarial multiplayer modes in the game.

Outriders Cross-Platform Play – Is It Supported?

Yep, Outriders fully supports cross-platform play from day one. This means that you can fire up your PC and play alongside folks who are blasting away on Google Stadia, PlayStation and Xbox console platforms without any issue. As a result of Outriders cross-platform play support, there should be no shortage of other players to join up with in order to tackle the horrors of Enoch.

Outriders Local Co-Op – Is It In The Game?

Unfortunately the game’s multiplayer support is for online cooperative play only. Outriders does not support local co-op.