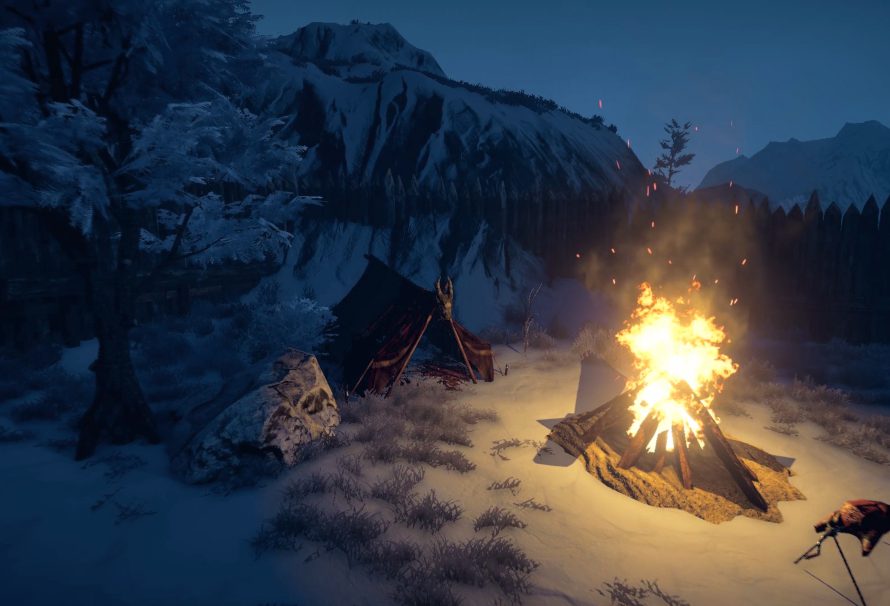 I’m not sure about you lot, but the whole concept of playing some big, puffed-up hero in a fantasy world with some sort of epic, overarching and burdensome destiny to fulfil is wearing on me a bit these days. So it is then that Outward from Nine Dots Studio provides some much needed respite in this regard, swapping out weighty, pre-ordained world changing fates with simpler goals that we can all relate to – such as the need to pay your rent in five days for example.

That seeming lack of some abstract celestial digit in the sky, pointing down at your character and telling you what to do next in a conveniently laid out linear list of tasks, is just the beginning however, as Outward makes it clear early on that it isn’t here to coddle the player, but instead foster a sense of responsibility in each of us for everything that we do. And in this sense, Outward confidently stakes its claim as an engagingly unique and freeing prospect in a genre full of open-world efforts that espouse those same virtues, but rarely deliver on them.

So how close to life is it?

Take just the mere act of survival where In Outward, everything matters. Keeping firmly attached to your mortal coil is about more than just making sure you don’t die in combat, because Outward has you concerning yourself with cooking your food and boiling water properly to avoid disease, wearing climate appropriate clothing, striking a balance between light and heavy sleeping in order to protect yourself in the wilderness, hunting and foraging for food and much, much more besides.

Once you’re able to take care of yourself (you know, like a proper adult), Outward’s emphasis on cutting the player loose and not holding their hand extends out to its quest structure too. With a complete absence of any kind of waypoint system and a map which only shows landmarks and locations but not the player, Outward again impresses the need to consider things more deeply; using the environment and a good old fashioned sense of direction in order for players to orient themselves sufficiently.

Though Outward’s world and its array of systems might seem ruthless and even punishing to those who have been used to the hand-holding status quo of similar efforts, it, like many things in life, is made immeasurably better when experienced with a friend. By getting stuck into Outward’s cooperative play, two players can brave this unique challenge together; bouncing ideas of one another, covering each other’s backs and generally having buckets of fun in what amounts to an often hilariously entertaining, open world road trip.

It’s refreshing to have an open-world RPG of this scale which treats you like an adult and simply refuses to mollycoddle you every step of the way. Much different than the sum of its ruthlessly checkpointed genre brethren, Outward is a freeing, do-as-you-will breath of fresh air that doesn’t patronize and relies on you (and maybe a mate) to be fully responsible agents of your own destiny. Fancy that, eh?