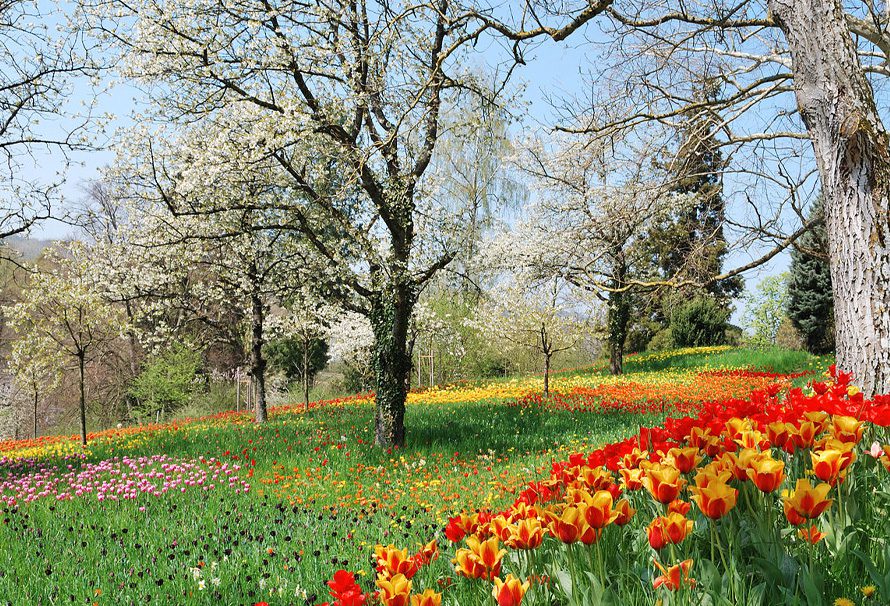 It’s Spring and you know what that means; hayfever for everyone.

Oh also a Spring Sale bringing you cracking deals on loads of games. We’re in the home stretch now, just a few days until the sale ends, and we thought it was the perfect time to look at the games you love to love.

Here’s what’s been selling best in our Spring Sale. If you haven’t yet, maybe you’ll find your next favourite game here.

Chaos comes in many forms, but Rico is a pure expression of destruction. In Just Cause 4 you’ll never want for chaos, as you’ll be served a smorgasbord of destructible delights. Balloons, grappling hooks, parachutes, a wingsuit, and attachable rockets all aid you in your quest for, er, justice? Just Cause has never been more explosive, and with a new weather system thrown into the mix, it’s a recipe for open world mayhem.

A lengthy exploration of survival, Conan Exiles gives you all the depth you need in a survival game, and then some. Gird yourself for battle as you build, explore, and survive in the Hyborian age. Will you become ruler of all you survey, or will you die alone in a ditch, forgotten by even your enemies? That’s the question at the heart of Conan Exiles. And only you can answer it.

Let’s face it, the real world sucks a bit. Thankfully VR exists. Escape from reality into a world where the only thing you have to worry about is ‘will that dragon eat me’. Ah, simplicity. The simplicity of the blade, and the carefree attitude of spellcasting. Beautiful.

Think of Hitman 2 less like an elaborate murder simulator and instead like a giant game of Mousetrap. Except instead of balls and levers and mice, it’s emetics, guns, and cheesewire. Hitman 2 is a game of learning, learning, and then putting plans into motion. It’s careful and dangerous stuff, but it’s absolutely thrilling when you pull it off correctly.

When the world is cold, humanity huddles together in their collective warmth. As ruler of the nascent city representing the last hope for humanity it’s up to you to make sure the light of humanity doesn’t flicker out in the frozen waste. Frostpunk has sold a huge amount of copies, over 1.4 million now, and it’s well worth your time if you have any desire to play a city builder, as there’s nothing quite like it.

Ever wonder where fantasy shops get their items from? Moonlighter answers that question. You take on the role of a young shopowner, exploring procedurally generated dungeons as you quest to find out what the heck is going on under your town. And of course, make a tidy profit. Something we can definitely agree on there.

Who would’ve thought back when the Elder Scrolls Online launched that it would become what it is, one of the finest MMOs out there. With a generous free to play model and a huge amount to see, do, and explore, it’s never been a better time to jump into the action. Summerset is the most recent expansion taking the action to the ancient lands of the High Elves (or Altmer, if you’re an Elder Scrolls nerd like me). Get ready for Elsweyr, coming on the 4th of June.

Wolfenstein II: The New Colossus picks up after the explosive ending to Wolfenstein: The New Order. Years later our hero, ol’ BJ himself, is having a bit of trouble getting about. But that won’t stop him for long as it’s time to head to America and get rid of the Nazis, and no amount of tiki torches is going to stop him.

Those are the top sellers in our sale, the absolute big hitters. What’s taken your fancy in our Spring Sale? Let us know in the comments below.