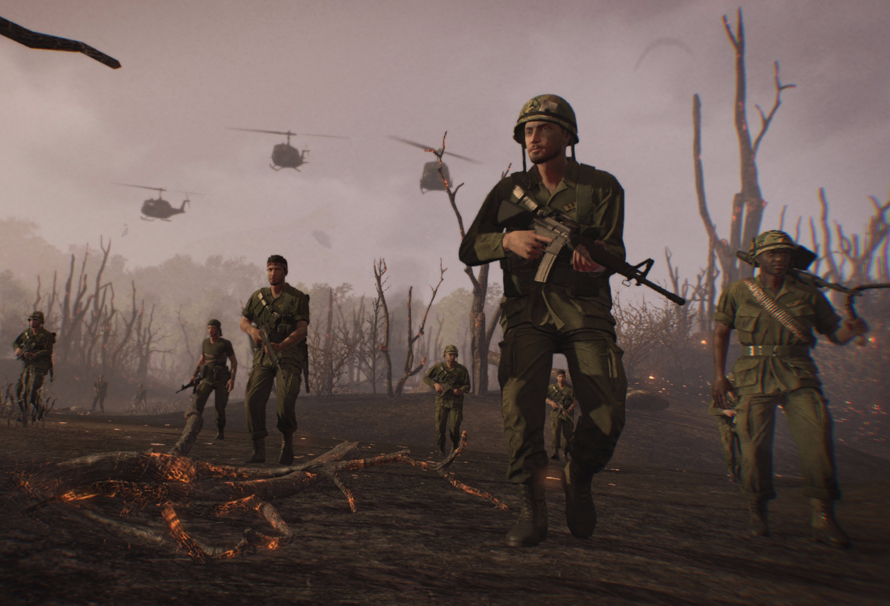 Rising Storm 2: Vietnam is the next game from Red Orchestra and Killing Floor creators Tripwire Interactive and is being developed by Antimatter Games.

Want to know about it? We’ve put together a little FAQ about the game!

What actually *is* Rising Storm 2: Vietnam?

Following on from the hit multiplayer ‘expandalone’ Rising Storm and the ultra-realistic Red Orchestra series, Rising Storm 2: Vietnam relocates the action to the middle of the Vietnam war, with players taking on both sides of the controversial conflict.

The Red Orchestra series has become a byword for accuracy, letting you play an FPS in the World War II European theatre in incredible detail. Rising Storm took that basis and took the series to the Pacific Theatre, and it’s now with the advent of Rising Storm 2: Vietnam that we see the series move into uncharted areas by jumping forward in time to a war unlike any they’ve shown before.

tl:dr, it’s a multiplayer FPS with a focus on accurately depicting the conflict it’s set in.

How many players does it support?

Rising Storm 2: Vietnam lets you take up to 64 players into battle, with players making up the teams from US forces and North Vietnamese forces.

Yep! They’re going the extra mile again with their crusade for fidelity. They’re modelling accurate weapons, gear, uniforms, everything to try and make sure that when you play Rising Storm 2: Vietnam, you feel like you’re there.

That isn’t a question, but nope they weren’t so there’ll be accommodation made to portray the asymmetrical nature of this conflict. Each side will get certain special abilities, like ambushes, traps, napalm attacks, and airstrikes.

There’ll also be systems unique to each side, like traps, tunnelling, and improvised weapons.

OK, what guns are there?

And that’s just for STARTERS.

There are indeed, you get some sweet helicopters to buzz around in. There’s three confirmed helicopters so far for the US forces, AH-1 Cobra, OH-6 Loach and the UH-1 Huey.

Can I customise my character?

There’s a whole levelling up system in place, that’ll let you customise how your character looks. Tattoos, glasses, clothing, and more will become available to you for you to put together your player the way you want them.

How about teaming up with friends?

Again, not really a question. You can make squads with your friends, setting up easy ways to play together and find each other in the heat of battle. Unique identifiers will mean you won’t lose your pals when the air’s full of bullets, and squad-based VOIP will mean they can hear your cries when you’re suppressed in a foxhole!

Will I get a parade?

We can promise you a parade, but whether or not you’ll actually get one…that’s a different matter.

So that’s Rising Storm 2: Vietnam. Want to grab it and dive right into the middle of this conflict? Grab it here on Green Man Gaming!

Wolfenstein 2: The New Colossus Gets its First Major Update