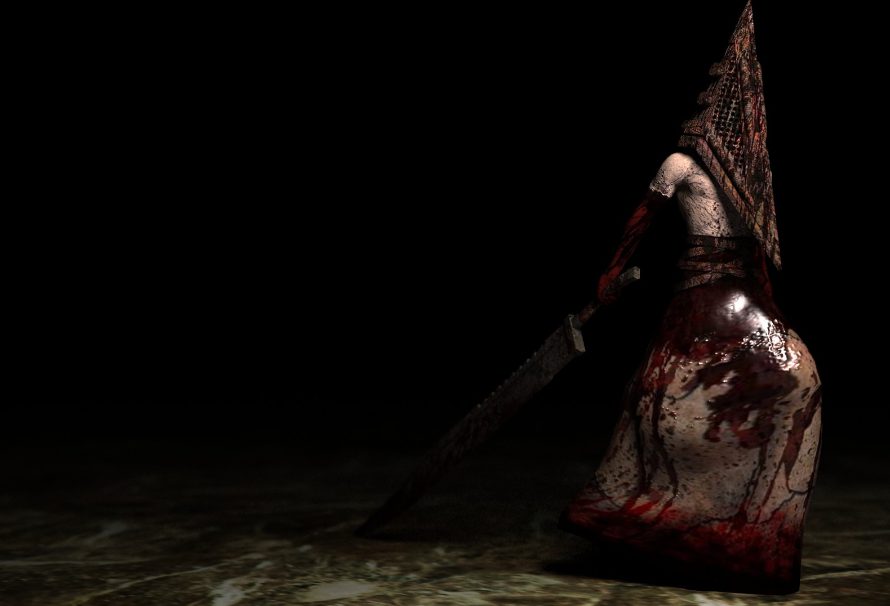 Some fans joined the series in the murk of the Playstation years, others stumbled into the wrong town as late as P.T. Either way, the Silent Hill series has ensnared countless poor souls since it debuted in 1999.

The cancellation of Silent Hills left these souls stranded in the Otherworld and, for now, Silent Hill seems to be lost in the fog.

Yet horror is all in the mind. So let’s give the horror of Silent Hill some power by revelling in the trauma caused by Silent Hill’s best moments—which is to say its scariest.

Silent Hill didn’t waste any time getting under our skin. One of Silent Hill’s best moments is also one of its first.

In the opening act of the first game, we join protagonist Harry as the town plunges him into a foggy, eerie reality, accompanied by vague moans on the wind. What follows is a masterclass in rising tension.

As Harry makes his way through town, pursuing glimpses of his daughter, the eerie stillness gives way to mutilated corpses and camera angles that would make German expressionists tremble. Worse still, the now-iconic sirens begin to blare in the distance as an unmistakable prelude to terror.

This culminates as we find ourselves trapped in a pitch-black, dead-end alleyway, in the shadow of a strung-up corpse. Then we’re set upon by terrifying things. Death seems inevitable—and, indeed, it is. That Harry “survives” this obvious death only makes things weirder, and it sets the tone for the whole game.

Silent Hill doesn’t lean on jump scares for its horror, but it’s happy to indulge now and then.

We get a reminder of this early in Silent Hill 2. As we grow used to the foggy streets and even the shambling things wandering around town, we let our guard down as we pass an innocuous van—only for a thing to shoot out from under the van at lightning speed, relieving us of any need we had for a bathroom break.

It’s a heck of a reminder that Silent Hill isn’t all moody atmosphere and psychological horror.

Pyramid Head may be synonymous with the violent and sexual imagery of the Silent Hill series, but its initial appearance was almost placid—and scarier for it.

A silent corridor. A sudden scream. We pursue the sound to find nothing but this grotesque creature staring at us, unmoving, behind bars. Perhaps leering is the word. It’s like nothing else we’ve seen in the game.

It’s about the last bit of serenity we see from Pyramid Head, which only makes it creepier in hindsight.

As a species, we have some hangups about mirrors: Bloody Mary, vampires, bad luck, and so on. So there’s nothing like a mirror gone wrong to invoke our primal fears, and one of Silent Hill’s best moments comes when it exploits that fear.

At one point in Silent Hill 3, we find ourselves in a hospital, standing before a vast mirror. We watch as the mirror begins to diverge from reality. Tendrils of blood creep across the ground, crawling up over our mirrored body, and then, impossibly, intruding into the real world. The room slowly darkens, bathed in blood.

We try to escape, but, as with Harry’s experience in the alleyway, inevitability is part of the horror, here. The counterintuitive escape route means many players will panic and die the first time they reach this room, fumbling around in full fight-or-flight panic.

To make matters worse, protagonist Heather has an avowed fear of mirrors. Turns out she was right to fear them.

Going back to school is a scary enough thought for some of us, but Midwich Elementary School took it a step further.

One of the most memorable locations in the original Silent Hill, Midwich was replete with moments of horror. We would list it multiple times here if we could. Rattling lockers, terrifying children, and weeping sounds emanating from the bathroom. It sounds like our school experiences, alright.

If the adrenaline is running high just thinking about it, here’s some respite: did you know Midwich is modeled after the school from Kindergarten Cop? Not so terrifying now, is it?

Not all the horror of Silent Hill involves something terrible happening to you. There’s a good reason Silent Hill is the byword for psychological horror in gaming.

This insidious and powerful line is spoken midway through Silent Hill 3. It’s said as a joke, perhaps, and by a character we might not trust. But it’s enough to plant that seed of doubt.

After all, what if he’s right? What if the creatures we’ve been clubbing to death and stamping beneath our feet were innocent people? The residents of Silent Hill? Or something worse.

It introduces an element of the unreliable narrator, which in turn opens up a vast world of new and bizarre interpretations—a trick recently employed by 2019’s Joker movie.

P.T. may have been a short experience, but it wasn’t a sweet one. Not with Lisa hounding our steps, anyway.

The P.T.’s new first-person view only dialled up the horror as we explored an endless, recursive hallway. This made it so much worse when angry ghost Lisa finally got her hands on us after what felt like hours of jump-scares and haunting.

It was hard to tell exactly how she snuffed the life from us, but the extreme close-ups were terrifying. Let’s not even mention the questions we have about the sounds we hear next, as we’re lying there helpless on the floor.

Whatever was happening, we didn’t want it.

If we might go meta for a moment, then let’s talk about the state of Silent Hill. After all, what greater horror is there for a franchise fan than to hear your franchise is dead—and not the temporary kind of death that pervades the genre?

Silent Hill fans were given a flicker of hope in the form of Silent Hills, a project helmed by the twin legends of Hideo Kojima and Guillermo del Toro. We received P.T. to whet the appetite, which blew fans away with its minimalist yet terrifying design. It’s even tempting to think P.T. played a hand in the direction taken by Resident Evil 7.

But we all know that hope is a vital component of despair; the moment of relief before the monster strikes. In 2015, Silent Hills was laid to rest, and its attached names moved on to other things.

Even twenty-five years from the blocky days of the first Playstation, the trauma of Silent Hill still lingers. Silent Hills might remain trapped in an endless hallway, but elements of Hideo Kojima’s involvement in the game still float like so many Beached Things over the universe of his latest project, Death Stranding. For now, that’s as close to the g(l)ory days of Silent Hill as we get.

Yet Silent Hill still lurks in the fog, looming yet unseen. In a genre where nothing ever stays dead, we hope our fears are enough to fuel its return.

Do you agree with our list? comment below and head over to the Green Man Gaming Community Site to see what other gamers have to say.