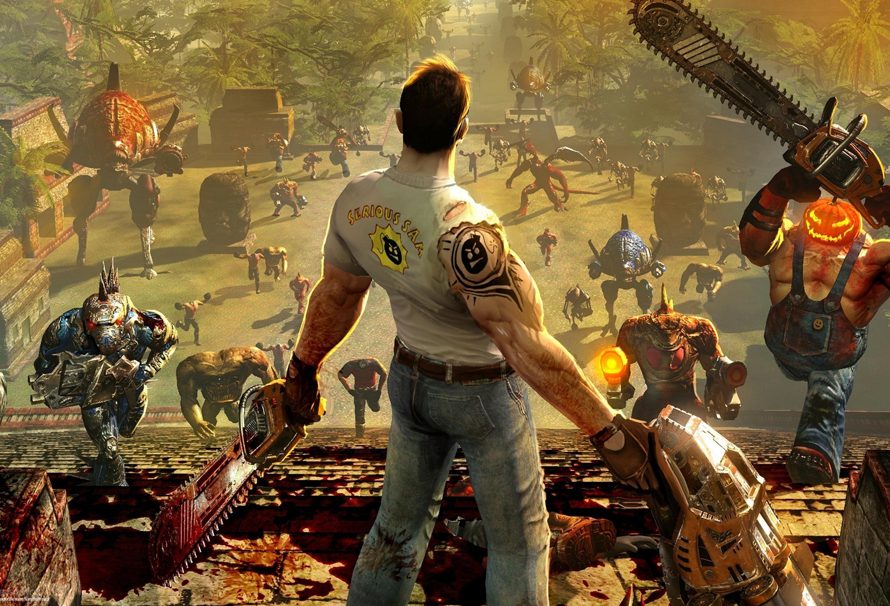 If you’re a fan of brutal first person action you’ll be familiar with the Serious Sam series, filled with guns, more enemies than you can count, and screaming headless monsters. Now, Sam’s back in a brand new chapter filled with destruction and devastation. Serious Sam 4 is releasing soon and we’ve got the lowdown on everything you need to know before the imminent release.

Serious Sam 4’s release date is September the 24th, 2020 on both PC and Stadia platforms. It’s also heading for a PlayStation 4 and Xbox One launch, but players on console will have to wait until 2021 until they can get their hands on Serious Sam 4’s meaty guns and explosive combat.

With the release date fast approaching we’ve got plenty of trailers to check out. Here’s some of what developers Croteam have to show off.

If you want to see why Serious Sam 4’s gameplay is so well regarded amongst FPS aficionados, we recommend hitting play on the two gameplay trailers:

Sometimes going on foot isn’t enough, that’s why Serious Sam 4 has introduced the Popemobile, a colossal titan you can pilot for some extreme destruction. Giving your poor feet a rest from the dance of death you weave with your multitudinous foes. Here’s how that looks, and plays:

For some serious action you need some serious music. Here’s some of the pumping tunes you can expect to hear when you’re blasting aliens in defence of humanity:

Finally, Croteam have released a trailer showing off the formula that makes the Serious Sam series what it is, and why it’s a series that has truly lasted the test of time:

You might be tough enough to face the alien onslaught, but is your system? Here’s what you’ll need to run Serious Sam 4:

Now you should be locked and loaded and ready to dive into Serious Sam 4 armed with everything you need to know to survive. Are you looking forward to Serious Sam 4? Which Serious Sam is your favourite? Head on over to our community forum and join in the conversation.