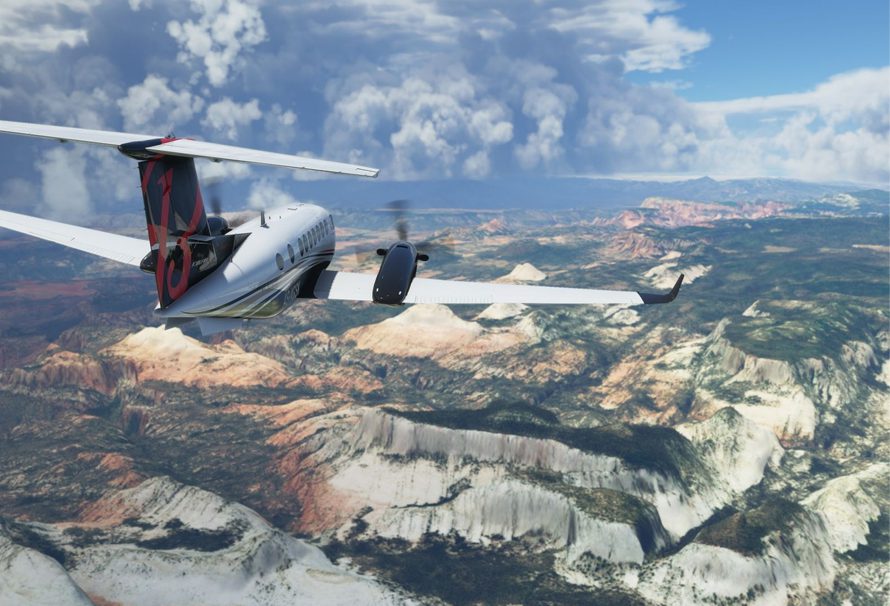 Microsoft Flight Simulator is a confusing beast at the best of times, requiring an elaborate install process and numerous versions to consider even prior to purchase. But perhaps the most confusing aspect of the game is the several control schemes that the player can choose between, depending on their setup.

In this guide, we’re going to demystify each playstyle and consider which option is the best for every type of player, taking into consideration controllers, keyboards, joysticks and more.

The most basic control scheme that most  Microsoft Flight Simulator veterans should be comfortable with is Keyboard and Mouse. This is still used by a lot of flight sim players, especially if they’re not enthusiasts. Ultimately, you don’t need to buy any fancy peripherals or extra devices to enjoy the game – at the end of the day, the extra technology is all about improving immersion rather than bolstering accessibility. Peripherals make flight feel more authentic, but in many cases, they also complicate the necessary inputs and require you to spend some time in the options menu rebinding keys if support for the device is not native. However, I will say that the in-game tutorials are fleshed out and adaptable, so you shouldn’t have any trouble learning the control scheme of your choice, whatever that may be.

The only catch with the keyboard and mouse approach is that most players will need a Numpad to take off and perform some of the more intricate inputs in the air. As with every other control scheme these functions can be rebound, but having a keyboard Numpad will make your life so much easier if you plan to play with a keyboard, so if your keyboard doesn’t have one, consider picking up an external USB Numpad online, if only for the extra space and comfort that comes from having accessible, native inputs..

The second control scheme and by far the easiest to understand is the controller. Microsoft Flight Simulator is coming to Xbox One in the future given its launch on Xbox Game Pass for PC, so Xbox Controller support is native. Especially if you’re new to the game, this is most definitely the best place to start. If you find yourself struggling with too many keys and inputs to remember, the Xbox Controller will sand down the hard edges and make the experience of flight simplistic and fluid, with some enjoyable vibration features coming from the controller haptics.

If this is your first flight sim and you’re not bothered about the absolute intricacy of the game’s many systems, the controller will help you figure out the basics without scaring new players with tricky inputs and keybinds.  Some of us just want to fly through our hometown and visit revered landmarks, and that’s fine! The controls have been tweaked to feel intuitive and similar to flight mechanics in other modern games so that new users can hop in and have fun quickly. Asobo Studio has focused on making this entry in the series accessible to every kind of player, so if this is your first rodeo, don’t worry and pick up a controller!

Veteran enthusiasts and new players out of their depth looking for an authentic experience may also be tempted by external Microsoft Flight Simulator peripherals that seek to replicate the true experience of controlling an aircraft. You can pick up a relatively cheap joystick to complement your keyboard inputs if necessary, but the most popular choice is often a HOTAS, an acronym that stands for Hands On Throttle and Stick.

As you might expect, this approach frees you from the limits of a keyboard and gives you the same tools as a pilot would have in their cockpit. You’ll have one hand on a joystick covered in buttons that will control your yaw and pitch in the air, and the other on a moveable throttle that will alter your speed and rudders. Of course, this will all depend on the type of HOTAS you choose, as they all feature variable control schemes, but that’s the basic gist of the system.

Looking into external peripherals for Microsoft Flight Simulator can be quite the rabbit hole, and if you’re really committed you can end up paying hundreds of pounds for high-end flight sticks and throttles. A good place to start would be the Thrustmaster T.Flight HOTAS series, which will run you under £100 and let you try out the system so you can figure out if you want to commit and learn external peripherals or stick with typical control schemes such as the controller or keyboard. Depending on your experience and comfort level, HOTAS systems can feel more or less intuitive than a keyboard – but they’re definitely far more complicated than an Xbox controller, especially if you’re more familiar with console games.

Just be aware of these considerations before you buy, as you run the risk of complicating what can be a very tranquil experience. Do your research and if you can, try before you buy.

Facebook Twitter Google+ LinkedIn Pinterest Tumblr
Previous article What should we expect from the next BioShock?
Next article Everything You need To Know About Serious Sam 4