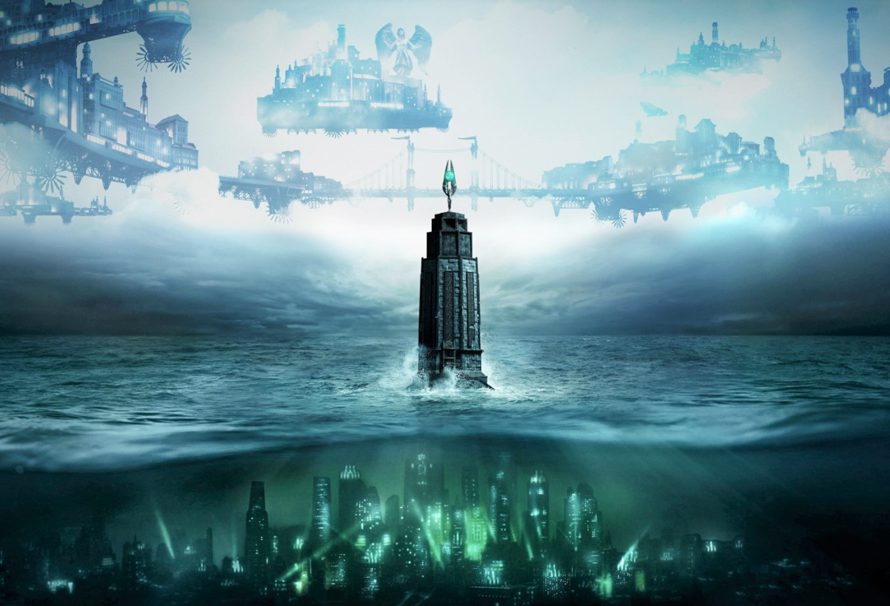 The BioShock series is one of remarkable renown, effortlessly enrapturing players with a myriad of unique philosophical narrative, one-of-a-kind settings, outstanding music, and exhilarating gameplay which excels at giving the player choice and freedom. A new BioShock is now on the horizon and the tantalising prospect of delving back into the series is one of irresistible temptation. The most recent release of the series came in the form of ‘BioShock: The Collection’ which includes all games from the series and their respective DLC’s. Throughout this article we’re going to theorise on what may be in store for the next instalment of the franchise, let us commence.

Setting – The key ingredient in any BioShock game

The settings contained within the BioShock franchise are mesmerising and—ultimately—genius. Horror lurked around every corner and fear flowed out of the intricately woven together atmosphere, characters, and enemies in the city of ‘Rapture’ towering over the seabed of the Atlantic Ocean in BioShock 1 and 2. Whereas ‘Columbia’ from BioShock Infinite kept this same essence but captured a very different feel. Now set in the sky, it was a location of eye-opening beauty riddled by corruption and masquerades of lies. Each of these settings made us question the possibilities of having a city built in the sky, or in the depths of the sea.

Within the next BioShock it is likely that we will see a radiant new location for us to venture forth within and be grasped by the symbolic aspects of horror which run deeply through the veins of any BioShock game. One thing is certain, I’m sure we will be amazed and admire the new setting with awe. We’ve been in the depths of the ocean, we’ve walked high above the clouds, where will the series take us next? I can’t wait to find out!

Narrative within the BioShock series transcended the realm of cerebral thought for its encapsulating plots, stories and moral choices. Philosophy was injected into the game like a ‘Little Sister’ draining ‘ADAM’ from a forgotten corpse on the cold steel floors of Rapture. Many studies and academic papers have been conducted on the stories and philosophy was omnipresently talked about within the majority of these. From existentialism to objectivism and more; these philosophies greatly influenced the stories of BioShock. The infamous “Would you kindly” phrase will unquestionably be passed down through generations of gamers.

The next BioShock will most likely have the same emphasis on philosophy and leave us questioning aspects of our own lives like the games in the past have thrived upon. As someone who has a keen interest in philosophy, it is something which has always kept me returning to the franchise time and time again. The upcoming release will be no exception.

Plasmids and enemies – the future

Spine chilling enemies, adrenaline-inducing plasmids, and hard-hitting weapons. The BioShock series is no stranger to giving the player a sense of power as they tear through hordes of splicers, security bots, brutes, iconic Big Daddies, and other malicious foes within the BioShock universe. Plasmids/Vigors are BioShock’s version of abilities, fan favourites include ‘Electro bolt’, ‘Bee swarm’, ‘Telekinesis’, ‘Undertow’, and many more. Every plasmid has a purpose and are fun and engaging to use. Whether that be unleashing a swarm of bees on your foes while laughing devilishly in the background or commanding a security bot to do your own bidding for you. There is a plasmid for everyone and within the next BioShock I hope to see new chaotic plasmids.

We will likely be putting these new plasmids and our weapons to the test against a multitude of brand-new enemies and I am looking forward to seeing the horrors that await us. With luck we will hopefully witness the return of the much loved Big Daddies and Little Sisters, I am expecting that the enemy A.I will be fully enhanced for the upcoming installment. Imagine battling against a Big Daddy that has new-and-improved A.I; now that will be a fight worth remembering.

The next BioShock instalment will be “in development for the next several years” as stated by the publisher 2K. I will be counting down the days until an official trailer is released and we can see the wonders that await us. Are you looking forward to the next BioShock? What would you like to see? Let us know in the comments below….would you kindly.

Facebook Twitter Google+ LinkedIn Pinterest Tumblr
Previous article Is it possible to carry a cheese wheel across Skyrim without taking damage?
Next article What Flight Simulator 2020 Controls Are Best For You?