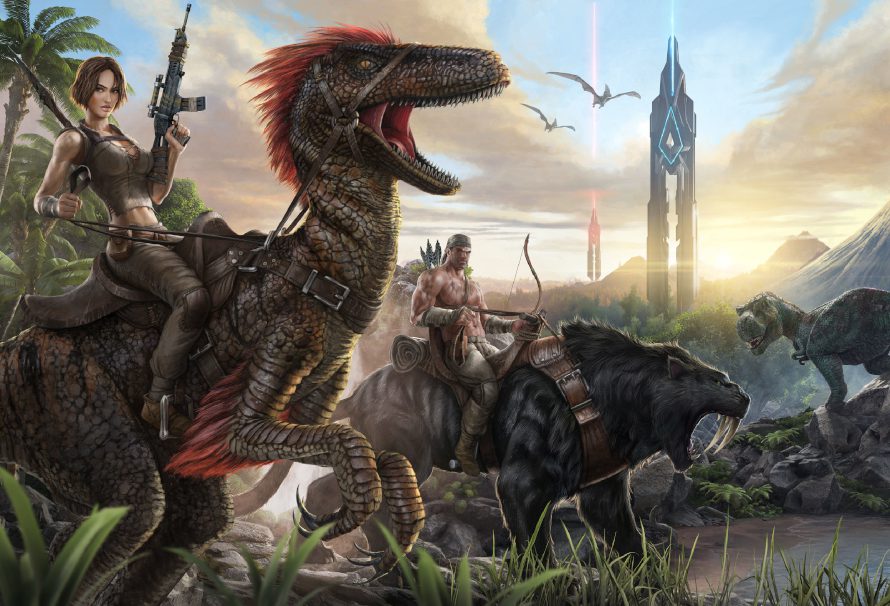 ARK: Survival Evolved has been around for a while now, but it’s far from extinct. With a huge amount of content to plough through and a consistently strong player base, now is a great time to visit this land that time forgot.

Here’s our guide to getting started in ARK Survival Evolved.

Once you’ve fired up the game and chosen a server, you’ll hit the character creation menu. Don’t fret about this, as it’s mostly cosmetic.

It’s more important to choose the right spawn location. You’ll get a choice of several spawn locations scattered around the island. Stick to the southern areas, as they tend to be safer.

ARK begins in the grand tradition of survival games: you wake up in the middle of nowhere with no context for anything. Even on the noob-friendly beaches, there are plenty of creatures (and players) here that will happily kill you. You might even die in the first few seconds. If so, don’t panic. Respawn and try again. It can be tough to escape enemies in ARK: Survival Evolved, so prepare to die many times over.

Start by gathering wood, stone, and thatch. To find supplies in ARK, gather stone from the ground and punch trees (yes, it hurts) for wood and thatch. With those, craft a stone pick. This will make future harvesting more efficient and net you some XP.

You should gain your first level soon. This will give you Engram Points you can use to unlock Engrams, which represent the ability to craft the many items in ARK. You’ll also have the option to improve your character’s statistics, like Health and Stamina.

Together, these represent your overall progress and take much of the sting out of dying at low levels. Unlike some survival games, you aren’t starting from scratch when you respawn.

Invest your initial Engram Points in essentials, like the hatchet, cloth armour, and spears. With your next few Engram Points, grab a campfire for cooking meat and some better armour. Follow the requirements of each Engram to know which resources to gather next. Trees and stone are obvious resource points, but you’ll also need to grab handfuls of foliage to obtain fibre and berries.

By now, you may be getting hungry. Berries will feed and hydrate you, but you should also try to get your first few kills. Start with non-threats like dodos, which will give you some raw meat. Toss it on a campfire and wait for it to cook before you eat it.

Check your map if you get lost, but beware: the map will complete itself as you explore, but there’s no handy YOU ARE HERE marker. You’ll need to navigate by landmarks in these early levels, so sticking to the coast is the smart play.

Survival of the Fittest

With some clothes on your back, food in your belly, and a weapon in hand, you’re ready to tackle the challenges of the island. Establish a base, craft a sleeping bag, and expand your operations by venturing inland. Soon it will be time to indulge in ARK’s main attraction: taming your first dinosaurs!

Ark: Survival Evolved is available on Mac and PC from Green Man Gaming. Still deciding if it’s for you? Stop by the Green Man Gaming Community Site and see what other gamers have to say.