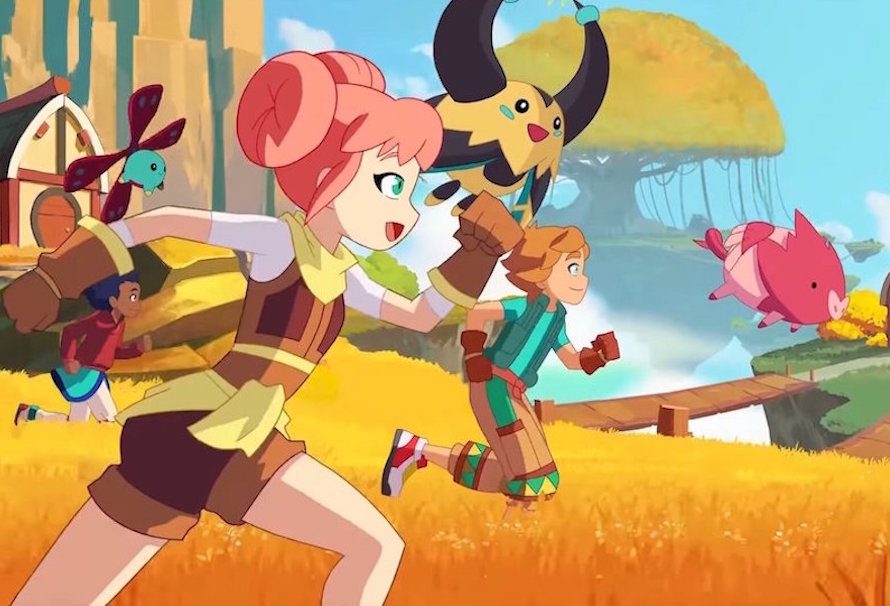 For those of you who have been thirsting for a Pokemon-style adventure on PC – your wait is over; Temtem is here and it’s really rather good, to say the least. Like the game that serves as its inspiration, however, Temtem is quite the sophisticated beast and so with that in mind, we’ve knocked up this lovely little beginner’s guide to get you started and help you work out your Scents from your Temporums.

Before you get to do anything else, picking the correct starter Temtem is pretty much essential – not least because pairing up your starter Temtem to your playstyle at the beginning can make those first few hours a little easier than they would otherwise be.

Broadly split into three different playstyles, the starter Temtems that you can choose from are as follows:

Smoke Bombs Are Nothing Less Than Essential

One item that you absolutely can never have enough of in Temtem are Smoke Bombs. Used primarily to return you to the last Temporum visited (essentially Temtem’s equivalent of a Pokémon Center), Smoke Bombs are supremely useful items to say the least.

Not only do they allow you to whisk away your injured Temtem to a Temporum so that they might be healed swiftly, but Smoke Bombs can also be used to speed up other things too. If, for example, you know that you might return to a faraway city that has a Temporum in it, by visiting that Temporum last of all, you can simply use a Smoke Bomb to get back there quicker should you have a quest that requires you to return.

Scents And Balms Are A Necessity

In addition to maintaining a healthy supply of Smoke Bombs, there are some other items that are essential to maintaining your Temtem squad, too. For a start, Scents have the useful function of providing you with a good chance (never a certainty) that you’ll be able to repel opposing Temtem’s and thus, prevent a battle from occurring.

The reason why Scents are useful in Temtem is that, quite unlike Pokémon, players do not need to grind their way around the world getting into fights with wild Temtem. The reason for this is that the Temtem you get from the story and story battles, provide ample power and scope for evolution. As such then, Scents become a time-saving tool, allowing players to try and avoid low reward battles wherever they can.

Next up are Balms. Perhaps the most straightforward of all the items in Temtem, Balms can be used to heal your Temtem both during and in-between fights. Certainly, their flexible nature means that you can always keep your Temem crew in tip-top shape even when you’re not near a Temporum. That said, as soon as you arrive at a Temporum, be sure to stuff your pockets with as much Balm as you can. After all, who knows what the next battle might hold?

Take On New Areas One Fight At A Time

Whenever you arrive at a new island or location in Temtem you’re almost always going to be tangling with a long line of foes, rather than just a singular enemy. Because of this, it can be far too easy to succumb and just attempt to fight your way through as much of the opposition as possible. This is not wise.

Instead, to ensure that your Temtem squad is fully rested and prepared for whatever comes next, you should return to the closest Temporum after each battle (this is where Smoke Bombs especially become worth their weight in gold). Though it might seem like an overly slow process, properly resting up and preparing your party after each fight means there is a far lesser chance of defeat which, y’know, is obviously a good thing. Obviously.

Training Values And The Coward’s Cloak

Whether you’re plowing through the main story or fighting competitively, Training Values (TVs) correspond to the seven main stats in the game and directly inform the development of your Temtem. Defeat a Stamina possessing Temtem and the Stamina stat of your own Temtem will then increment in turn, for example.

By using this methodology you can then start setting about directing the development of your Temtem, creating a balanced team that has shared competencies in Health, Attack and the other key stats. Finally, one item that you absolutely must have is the amusingly named Coward’s Cloak. Achieved by completing the Perilous Archaeology side quest, the Coward’s Cloak will allow your Temtem’s progress to skyrocket as it empowers them to gain XP when they’re not even in combat. Handy, eh?