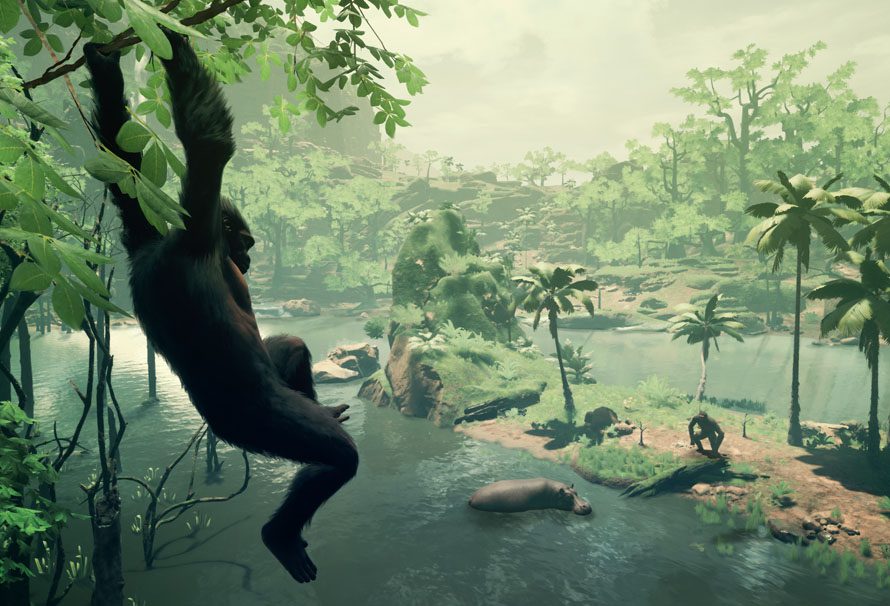 We often monkey about on the Green Man Gaming blog and thankfully that’s a theme in games too. With the release of Ancestors: The Humankind Odyssey, a look into survival as a group of proto-humans, becoming ever more imminent, we thought it was the perfect time to look at the best monkeys and apes in the world of gaming.

So strap your banana into its protective case and get ready because it’s ape o’clock.

Sten from Breath of Fire II

Classic JRPG Breath of Fire II has a diverse roster of characters, and monkey-rogue-type-thing Sten is a key figure in the game. Lacking in power in the early game, he soon becomes essential once he merges with the Shamans and becomes a monkey-rogue-shaman-fire-genie-thing.

These things from Halo 3

Honestly I don’t know what these are, monkeys, apes, primates, proto-humans? Who knows. But they’re incredibly memorable if you came across them in Halo 3.

Monkey from Enslaved: Odyssey from the West

Before you comment: yes I know he’s not a monkey or an ape. But he’s called Monkey, and he’s played by Andy Serkis, master of apes, so that’s got to count surely. Anyway, he’s a great character from an under-rated gem of a game.

Eternally grinning and shaking his monkey maracas, Amiga is the musical mascot of rhythm action game Samba de Amiga. Dreamcast owners will remember fondly shaking maracas at 3am, trying to get to every special stage.

What’s better than a super cute monkey? A super cute monkey in a ball that you roll about by controlling the floor, of course. Everyone loves a bit of Super Monkey Ball, and Aiai is the best of the roster.

Your ancestors from Ancestors: The Humankind Odyssey

Taking place before recorded time, Ancestors: The Humankind Odyssey is a survival game that pits you against nature and the world itself as you try to shepherd in the future of what will become humanity. Even if the proto-human-primates can’t be classified as ape or monkey, they’re good enough for us and will definitely have a place in your heart after a while in-game.

The Librarian from Discworld

Definitely an Ape this one. Definitely. Don’t say the M word. Don’t even think it. Orangutans are apes ok? Got it? Now give him a banana and definitely don’t try to read any of the books in the library – you don’t want to make him angry.

It had to be, really. He’s the big daddy. He’s captain large. Originally the antagonist who bothered the original Mario (Jump Man), he’s become a hero in his own right with many games under his belt. Remember, if anyone ever asks you what DK stands for – it’s Donkey Kong.

Well that’s all the time we’ve been gibbon to macaque the most of this list, time to take a break and get a capuchin-o. If you want to let us know what your favourite monkey or ape is in gaming, hit us up on the community forum or in the comments below, and don’t forget your can pre-purchase Ancestors: The Humankind Odyssey right here.