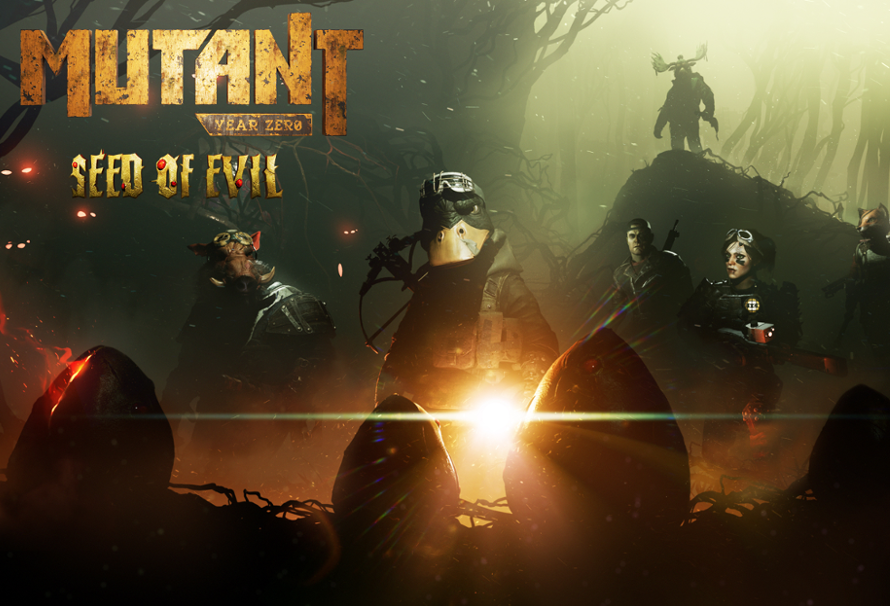 Seed of Evil is the new expansion to the award-winning turn-based tactical RPG Mutant Year Zero: Road to Eden and picks up right where you left off.

The Ark and its survivors face a new threat in the form of a powerful mutant named Goran who’s powerful roots have taken over. Your mission is to head out into the wastes with your Stalkers, hunt him down and take him out.  You’ll have some help from the usual suspects but joining you along the way is the new playable character Big Khan, a human-moose hybrid who you’ll encounter fairly early on in the expansion.

In that department, not much has changed. You’re still going to get that great Mutant Year Zero gameplay experience that still has a focus on stealthily making your way through zones picking off stray enemies. The main difference is that this time around you’re not starting with weak weapons, your fully decked out and can hit like a train right from the get go, which makes things entirely more enjoyable. You’ll also have access to new weapons and gadgets, plus the new abilities with Big Khan. There are also quite a few new enemy types to face off against like the Pod Spawner that spews out more enemies for you to fight.

Arguably the focal point of Seed of Evil is Big Khan, the big moose man brings a whole new kit to master. He has some interesting new abilities that are pretty devastating most notably being his flame breath that deals an AOE fire ball that will toast anything within it. It doesn’t have a lot of range though, so you will need to get pretty close to make the most of it. He also has another AOE move where he will stomp on the ground and deal damage and knock enemies down within its radius. With both of these abilities you’ll need to be in close proximity to your enemies, so expect to spend a lot of time up in the enemies faces with Him.

Big Khan is a nice addition to the roster and definitely mixes up the way you play. He feels more of a ‘get up in your grill’ kind of moose, where-as a lot of the others tend to suit more ranged combat.

Once again we’re treated to some great environments with a more wintery snow covered atheistic sprinkled throughout this expansion. All the characters still have a really good camaraderie between them with conversations and quips constantly taking place that help sell you on their tightness as a group. The guns and abilities pack a nice punch in the sound department and all come with suitably big booms and nice particle effects to go with them.

Seed of Evil is a solid expansion to Mutant Year Zero, it builds on the original without changing the already working formula too much. It will take you around 6-10 hours to play through depending on how much of a completionist you are and what difficulty you play on. If you’re looking for more of that good tactical gameplay that the first game offered, you will find some good legs here.

For more visit the official website or check out the Green Man gaming Community pages. Mutant year Zero Seed of Evil DLC is available to purchase for PC NOW.

Destiny 2: Shadowkeep The Moon and Beyond