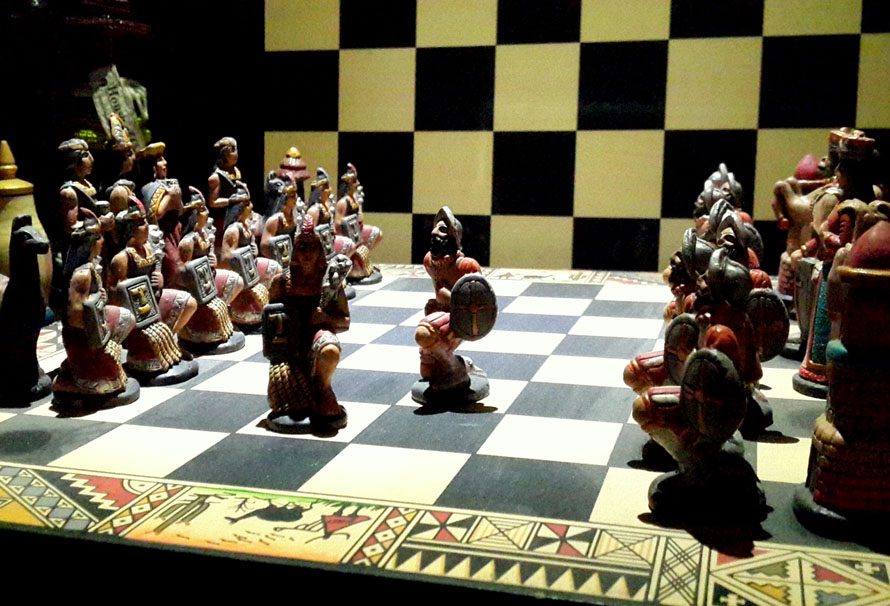 There are few genres as synonymous with PC gaming as strategy games. The format is perfect for armchair generals, sitting hunched over keyboard and mouse as you plot your next move or ten.

With an army of strategy games ever prodding at your borders and strategy elements being a solid part of every genre, from RPG to adventure game, we thought it was time to take a look at the top 10 best strategy games on PC.

There are few moments in gaming as beautiful, as jaw-dropping, and as perfect as the intro to Homeworld. Thankfully this space based strategy game follows it up with a complex and deep strategy sim that pushes all the right buttons in a truly satisfying campaign.

It’d be remiss of us to not include the ur-strategy game. Chess has been with us for quite a while but one thing the board version cannot include (unless you’re a despot) is violence. Battle Chess completes the game with gory, and often quite funny, animations.

XCOM 2 is that rare thing, a sequel that plays with the formula. Not only giving you more XCOM for your buck, it twists the setting and the way the game plays, adding new features and making your strategy from the first game obsolete. A modern classic.

Every Civilization game differs from the previous one in key ways, and with expansions like Gathering Storm coming out for Civilization VI this is looking like one of the most feature-complete strategy games on the market.

The Star Union is dead, long live your faction. Find out what happened to the Union whilst carving out your own empire as you fight for survival. Age of Wonders: Planetfall is a late arrival to this list, but an extremely worthy one.

Mechs? Bugs? Cities? Into the Breach has it all, and with full information at your fingertips and a rewind feature, you’ll never have anyone else to blame as you try to defend the world against invasion in this sci-fi strategy masterpiece.

Combining several huge genres into one, Mount & Blade: Warband is a colossal achievement. The core of the game lies in its strategic and tactical layer, as you build an army and then take the front line yourself, leading your forces to victory, or crushing defeat.

The Three Kingdoms period has been rife for novels, films, games, and more. Total War’s foray into the era not only combines the Total War genius for strategic combat, it includes character-led storytelling that has to be played to be believed.

Overwhelming at first, Crusader Kings II remains the industry’s best anecdote creator. Take control of a demesne or a nation and try to ensure your legacy throughout the ages as plots from within and without threaten to topple your dynasty.

Blizzard has always been masters of their craft, and StarCraft II is their crowning achievement. With a single player mode that gives a new idea every level and a multiplayer mode so finely tuned it hurts, you’ll be hard-pressed to find anything as slick in the strategy sphere.

Now you’re armed with knowledge and if you have any passing interest in the strategy genre you should have an amazing game to check out next. What’s your favourite strategy game for PC? Let us know in the comments below, or over on the Community Forum.