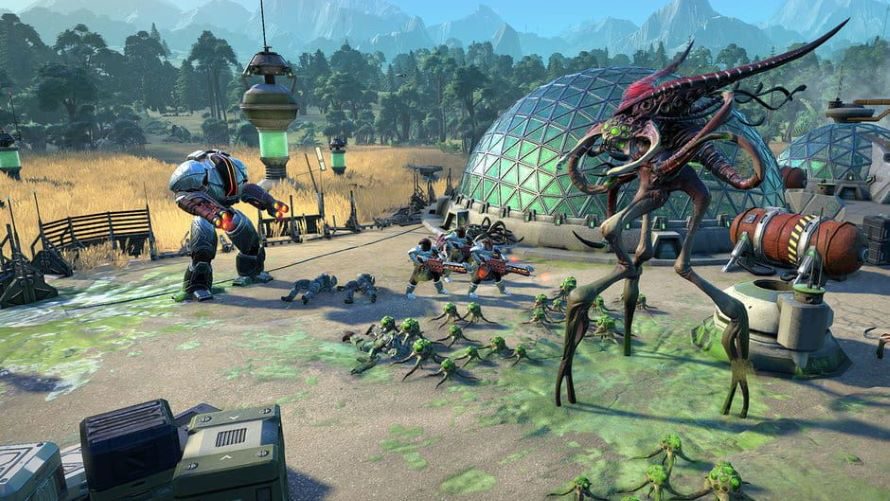 Age of Wonders: Planetfall is the latest in a string of intriguing-looking 4X strategy games. Traditionally, Age of Wonders has always been deeply rooted in high fantasy, elves, magic, dragons, that kind of thing. This time though, things are very different thanks to a more sci-fi focused setting, and it’s one that the developers seem to have taken too with glee.

One of the defining features of any strategy game is the factions, who you decide to take control of, and who ends up ruling the world/galaxy/universe as a result. The Age of Wonders: Planetfall factions are particularly interesting which is thanks to the connections they share with each other, and the glorious story-telling that the team behind the game is so good at. If you’re wondering which of these factions is for you, then here is a quick introduction to the six Age of Wonders: Planetfall factions.

This is the only run-of-the-mill one of the Age of Wonders: Planetfall factions and is a good choice if you’re feeling a little overwhelmed by the chaos offered by the other choices. Rather than being anything exotic, this faction is all about the standard kind of troops you know and love from other games. They are the only branch of humanity left that is still mostly human, having emerged from a cryosleep to find that things have really changed since they were last awake.

If you’re here for the dinosaurs with lasers, then this is the faction you want to be a part of. These ladies are descended from great geneticists and have managed to tame much of the world’s wildlife and formed beneficial symbiotic relationships with much of it. It means they’re already on friendly terms with certain NPC factions, and it also means they have dinosaurs with lasers. It’s a little bit Dr Evil but in a good way.

These little guys are the epitome of short-guy syndrome, but what they lack in height they make up for by wearing hulking suits of armour. They specialise in machinery and can even flatten or raise mountains. Rather than worrying about petty things like enemy fire, they tend to smash their way into battle with hammers and jets. A good shout if you like a good shout.

The Assembly might well be the creepiest of the Age of Wonders: Planetfall factions. Each of these humanoids is descended from clones, who were vat-grown as weapons. They’ve since co-opted a huge array of weapons and augmentations in order to become a force to be reckoned with. Nothing too creepy yet though, right? Well, they also scavenge organs from their dead enemies in order to help themselves live longer. It’s a bit gross unless they’re following the five-second rule.

Despite how some of the factions look, The Kir’ko are the only alien race to be found here. They’re basically big bugs, which means they actually get stronger if you can group them together and they tend to swarm over the map to try and win. They can also absorb other factions into themselves with the aim of reviving the hive queen who was slain long ago. Like a buggy Borg.

The last of the Age of Wonders: Planetfall factions is The Syndicate. These are a deeply unpleasant bunch of people who favour the cloak and dagger to open warfare. They’re all descended from aristocracy though, so it’s not a surprise to find out that they’re all basically terrible people. They even use slaves to fight, they’re a good choice if you’re bored of being the good guys.