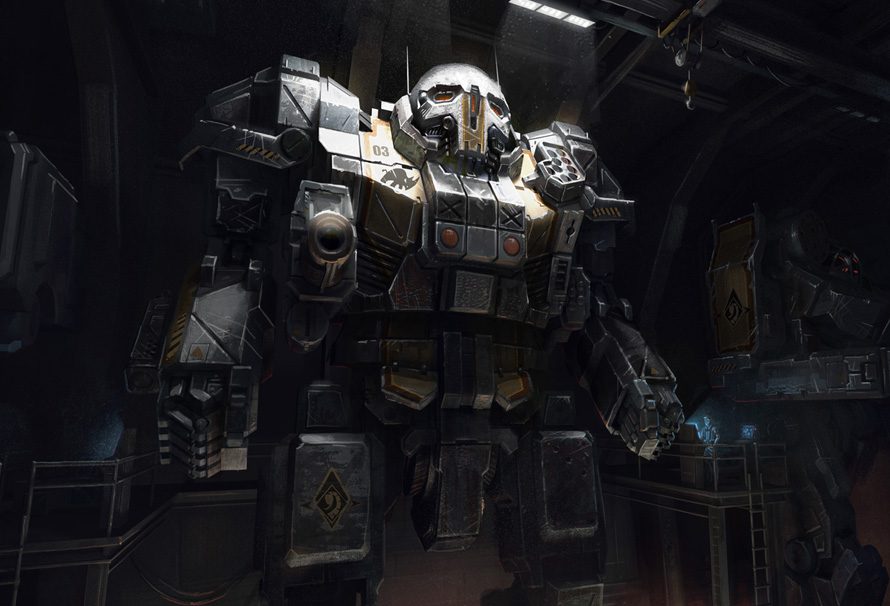 BattleTech is back, in the first new installment using the BattleTech licence since 1990’s BattleTech: The Crescent Hawk’s Revenge. We’ve had MechWarrior games, but the primary series has been sadly neglected until Harebrained Schemes and Paradox Interactive resurrected the BattleTech series.

It’s a curiosity of video games that mech games are sadly quite under-represented. You’d think slipping into a giant robot suit and smashing the place up would be a no brainer, but they’re few and far between.

So here’s some of the absolute best mech games available on the PC, in case you want to do a bit more giant-sized destruction in a beautiful metallic body.

Note: I’m not going to include games with mech sections, because that’d be pretty much every early 2000s FPS.

BattleTech isn’t just a retread of the older games, nor does it try to use some of the more well known series, MechWarrior, for inspiration. Instead this is hard scifi in an XCOM-inspired world, where you play as a group of mercenaries looking to pay the bills by undertaking missions. Having dense tactical combat alongside a strategic layer may feel on the surface very familiar to the XCOM series, but BattleTech is a much deeper simulation with every system, every mech, every vehicle being meticulously modelled, and success will depend on you becoming familiar with those systems. If you liked XCOM but want something a bit meatier to get your teeth into, BattleTech might be what you’re looking for.

Forget the other MechWarriors, this is the one that stands head and laser cannons above the rest. Despite showing its age quite considerably, there’s still few games that put you in the driving seat of a mech so completely. It’s a game about striding purposefully across wartorn battlefields, feeling the ping of hit laserfire on your carapace, and slowly turning about to level your full complement of weaponry on the distant target that dares to provoke you. There’s few feelings of power, and of panic when it all goes wrong, than those that MechWarrior 2 gives you.

Zone of the Enders 2

This game isn’t technically out yet, it’ll be appearing on a PC near you in September of 2018, but we already know what to expect from it because Zone of the Enders 2 has been out on consoles for a long time, and it’s the opposite end of the spectrum from MechWarrior. Instead of meticulous simulation, this game is all about action, about fast paced combat, and about destruction. It’s an immense and explosive game that’s been sorely missing on the PC, we’ve got simulations, how about blowing some shit up? Zone of the Enders 2, that’ll fill that need.

Imagine being a mech, standing many stories high. You smash up your opponents, shooting tanks and other mechs into flaming rubble. Then you hop out and run about in the buildings you so recently towered over. Combining a mech game with a traditional FPS, Shogo is a silly and wonderful exploration of scale, from being a giant to being a normal sized human, it really puts into perspective how big those damn mechs are. It’s an anime-inspired romp, and one that’s worth checking out if you can.

Imagine if Rise of the Robots was good, and made a few years earlier. That’s One Must Fall, it’s a mech 2D fighting game with multiplayer, single battle mode, and a pretty decent campaign mode where you storm up the ranks to become the greatest mech fighting pilot on the planet. With upgradable mechs and other mechs you can simply purchase, alongside an accessible combat system, OMF is the best fighting game about mechs on the PC. Probably.

Hex-based tactics fans, this one’s for you. CyberStorm and the sequel, CyberStorm 2: Corporate Wars, are a pair of isometric tactical games about controlling a squad of mechs, or HERCs, on a variety of different missions. It’s standard stuff really, but it’s solid and frankly it’s just nice to play on a hex instead of a square for once. Also notable for your pilots being bioengineered creations designed solely to pilot these towering mechs, one of which is a hyperintelligent ape.

Set in the same universe as CyberStorm, you control a pilot of a HERC on missions which on the face of it, are similar to those found in MechWarrior. What’s truly special about Earthsiege 2 is the ability to customise your mech, and the (for the time) advanced graphics for the missions. It also features a branching narrative structure to the game, where failing a mission does not necessarily mean that you’ll lose the game, rather you’ll go to a mission you wouldn’t have experienced if you had succeeded. Something that we wouldn’t see come into standard or semi-standard use for at least another decade.

A mech game of a different flavour, this takes place in a steampunk world where you engage your enemies in brutal combat…via a puzzle game. A steampunk mech stands on each side of the screen and your moves, taken turn by turn on a central Bejeweled-a-like field, determine what your mech does, and vice versa. It also takes from roguelikes, in that there’s permadeath and some randomness to the way the game evolves and the main campaign can go. This makes it a compelling game, one that you might need a bit of time to master and to truly get to grips with, but one that rewards being able to counter whatever your AI foes send your way.

Cards on the table; I don’t really know if this is truly considered a mech game, but you’re in a mech suit so I’m including it. Basically this is an FPS from a time when FPS’s didn’t really exist as we know them today, you embarked on missions with a squad of similar be-suited mech people to destroy the control of the totalitarian Earth-based Hegemony. It was a huge step forward for the time, featuring FMV cutscenes, tactical orders you could issue to your squad, multi-camera control via drone and your squadmates, and even non-standard mission types, such as missions where the only goal was to spy on an enemy base and take photos for example. It’s recently been given a lick of paint and re-released by Nightdive studios, so there’s no excuse not to check it out.

It’s hard to overstate what a huge improvement Titanfall 2 is over the original. The original unfortunately bifurcated its playerbase with DLC and map packs, meaning it really struggled to keep online multiplayer numbers up. It did have some of the best movement in any FPS though, and Titanfall 2 is the rare sequel that kept everything good from the original and dispensed with everything that needed to be dropped. It also features probably the best single-player FPS campaign since Half-Life 2, with an incredibly varied set of skills and new ideas thrown at you throughout. Basically, it’s an amazing game, and none of you played it. For shame.

So there you have some mech games which are all well worth trying, even if some of them have aged a bit. Have we missed off your favourite? Hit us up in the comments.